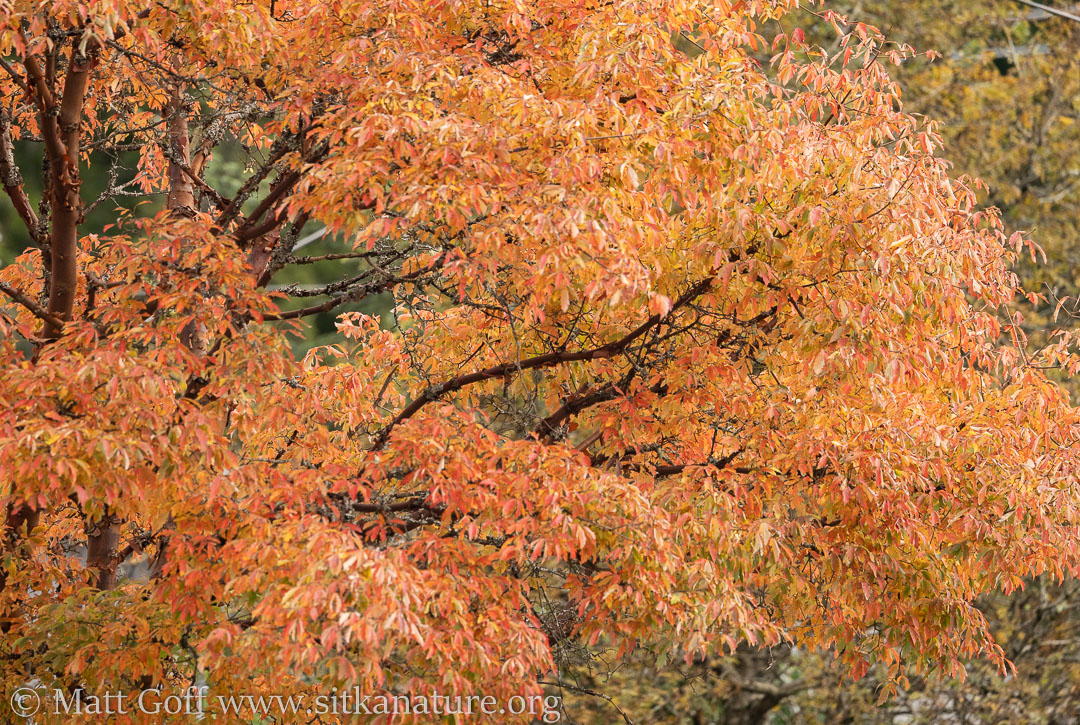 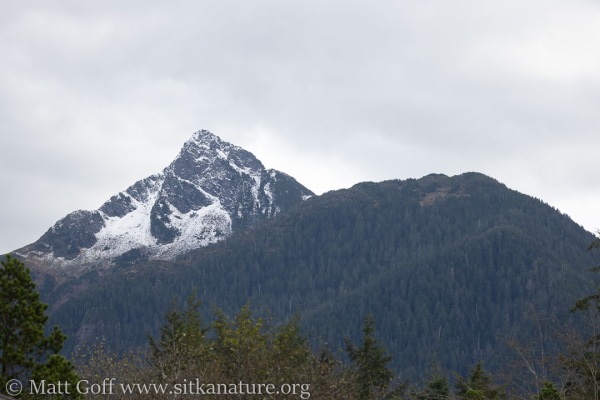 Continued overcast and windy. I think there were stronger gusts overnight and this morning than the past couple of days, but diminishing through the afternoon. Rain began this afternoon.

Today’s outside activities were largely motivated by mystery birds. I added a third mystery bird for the month to my queue. This one courtesy of a message from KJ about a pale, almost gray sparrow-like bird (maybe just slightly larger than a junco) with distinct black on the wing. Unfortunately, she only got a brief look, but what she described doesn’t sound like anything I’m familiar with.

I spent the latter part of the morning walking around the neighborhoods between Verstovia Avenue and Lake Street. I did not find the bird. 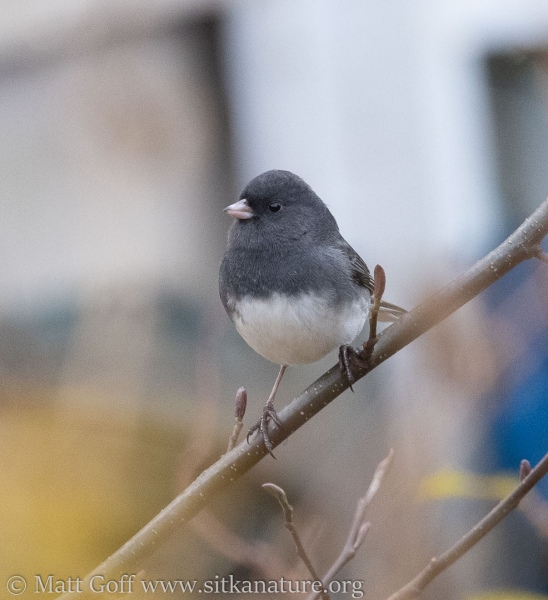 There were plenty of juncos around in different loose flocks. I was interested to note some at a couple of different places with surface water. With such a wet climate, it’s easy for me to forget they will seek out surface water (presumably to drink, and certainly to bathe).

While on my wander, I also heard a waxwing (but didn’t get a look at it to identify) and a Red-breasted Nuthatch. Possibly a White-throated Sparrow as well (one has been around there recently).

From there, I went to Kramer Avenue and spent some time in case Sunday’s mystery bird might be about.

The junco flock(s?) there seem to be increasing in size. At least the flock I saw today was larger than any that I observed on previous days.

I was sitting quietly for a bit near debris from a downed tree when a Pacific Wren popped out on the branches. I had the impression it was curious about me. It flitted from perch to perch, checking me out from only a few feet away (probably just out of my reach, though of course I didn’t reach for it).

Near the kelp patch pull out I saw a Northern Flicker with yellower than normal feathers. It flew off before I had a chance to get any photos and check its other features. 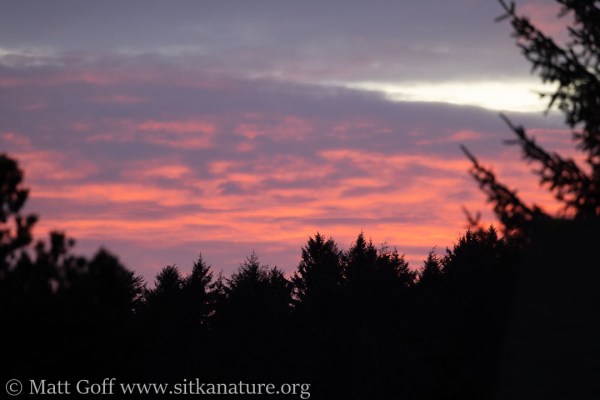 This evening I happened to finish up in the kitchen and head back upstairs at the right time to catch a band of pink clouds. The sunset color was unexpected, but welcome.

When I stepped outside last night to check the porch light, it felt distinctly warm. Yesterday’s low was 50F. This matched the normal high for the day. With the southerly flow bringing warm temperatures, snow started disappearing from the mountains. Had it been raining over the past couple of days with these temperatures, I think much more would have melted.

When I was out this afternoon for a bit while the rain was falling, I noticed the temperature had dropped several degrees into the upper 40s. 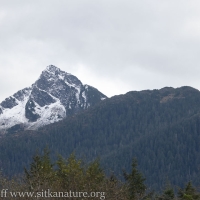 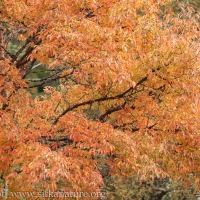 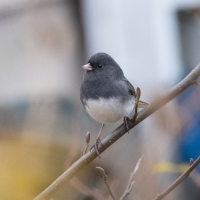 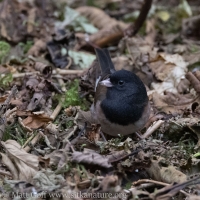 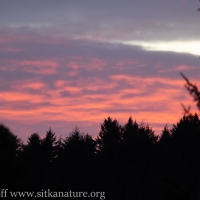