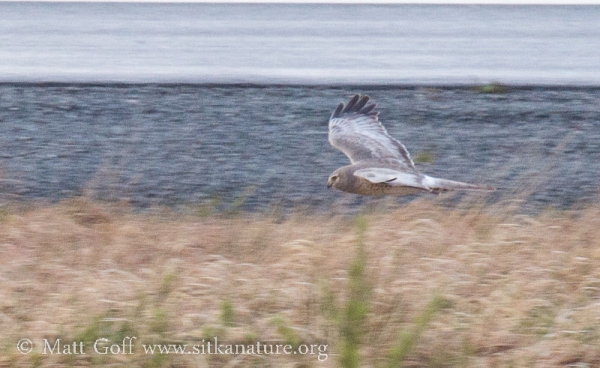 Today’s forecast was for wind and possibly heavy rain. Winds were strong offshore – when I checked the buoy this morning it was showing winds at 30 and waves up to 19 feet. In town things were no nearly so extreme, though it was breezy. The forecast rain never really hit town very strong either (though there were some showers).

I took a walk down to the park this morning and things were fairly quiet out on the beach. The wind was blowing strong out at the point, but there were still some shorebirds and gulls hanging out. I didn’t find anything new, however. In the forest I did attempt to make recordings of a couple of different birds – there was an interesting Townsend’s Warbler variant in the (now getting to be formerly) dark section of forest. The variant seemed more slurred, and I think two birds were making it, though they also sang the more typical variant as well. I’m not sure if I managed to capture the song (I’ve not listened to it yet). Just inside the forest near the visitor center I recorded a raven making some sounds I don’t remember hearing before (as well as others I had). The raven seemed to be playing with a stick, or maybe just pulling things from the branches (including smaller side branches).

This afternoon I got some pictures of a small flock of shorebirds in the estuary pool at Starrigavan. 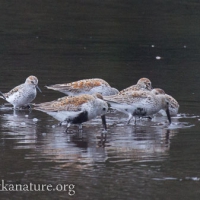 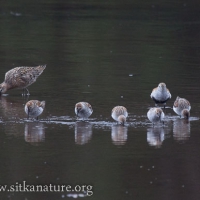 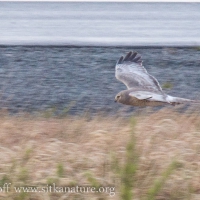 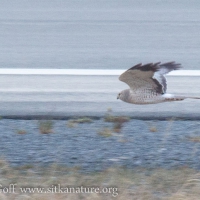