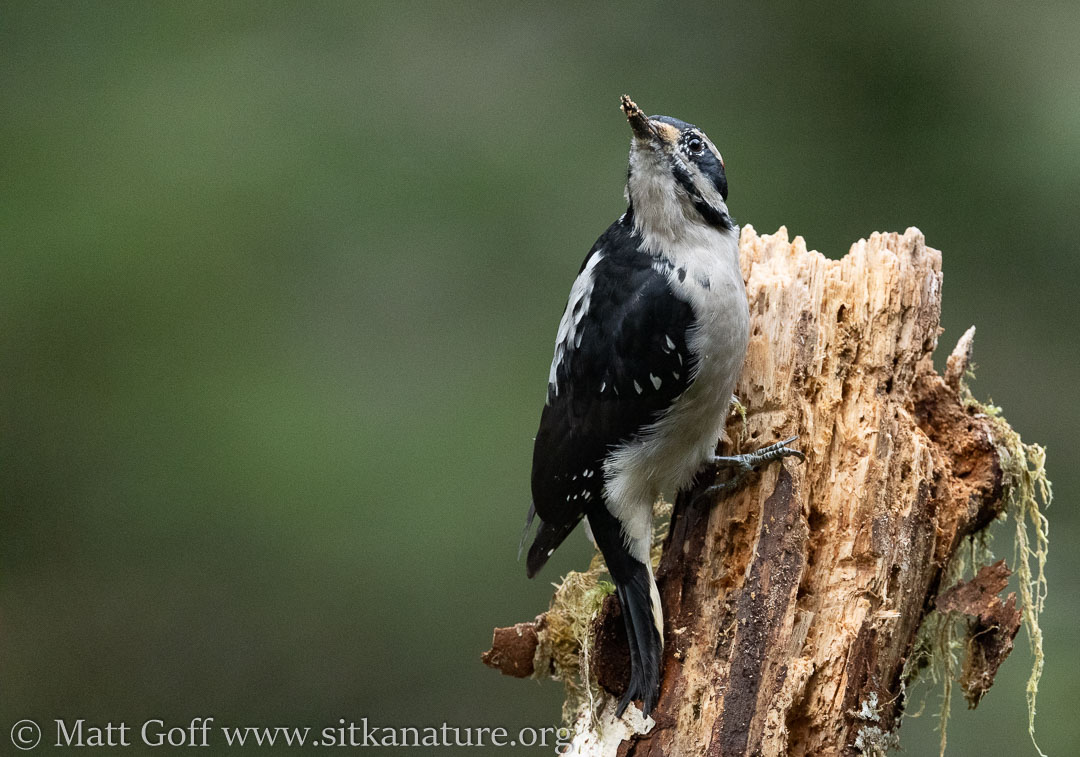 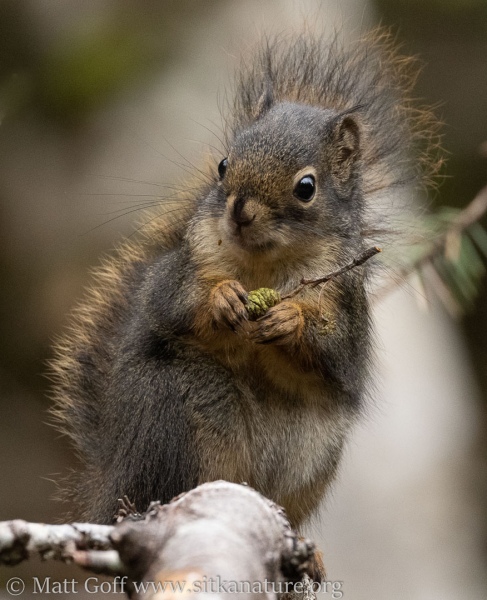 Overcast, breezy with some strong gusts and dry. Temperatures in the lower 50s. 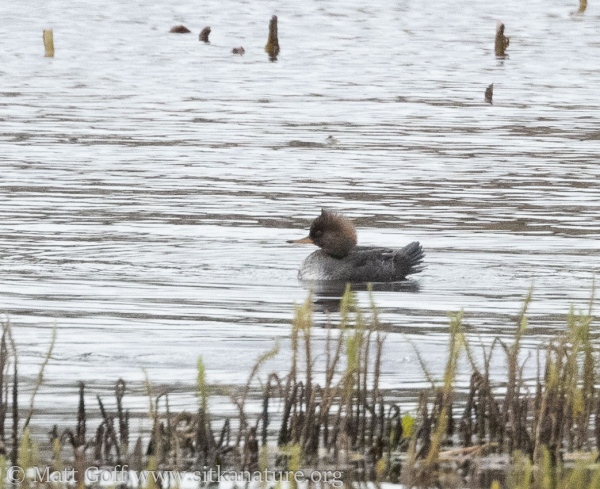 I got a note from KJ about a Hooded Merganser at Swan Lake. I was able to get a distant look at it from near the radio station (#170). 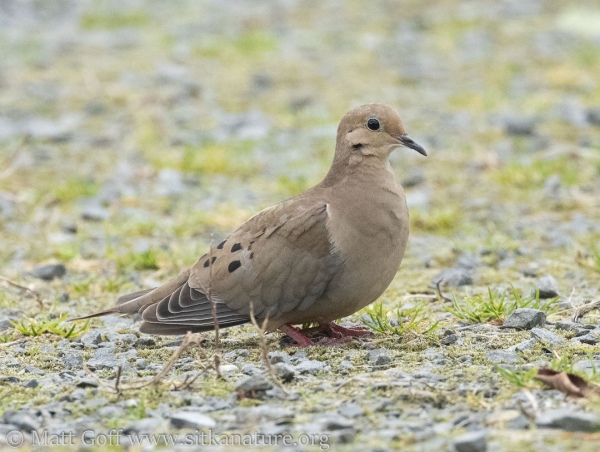 On my stop at the lake I also saw a Mourning Dove at the peninsula. Further up two Buffleheads were actively diving and ten Ring-necked Ducks were hanging together. The latter had been reported by others already this fall, but it was the first time I had seen either species of duck since spring.

I was on a call as a participant (just listening) so took my time getting out to Kramer Avenue. I made a stop by the kelp patch turnaround (it was quiet) and also went by Starrigavan (where I saw the bear that I’ve seen previously during the day).

I was out walking on Kramer Avenue shortly before noon. 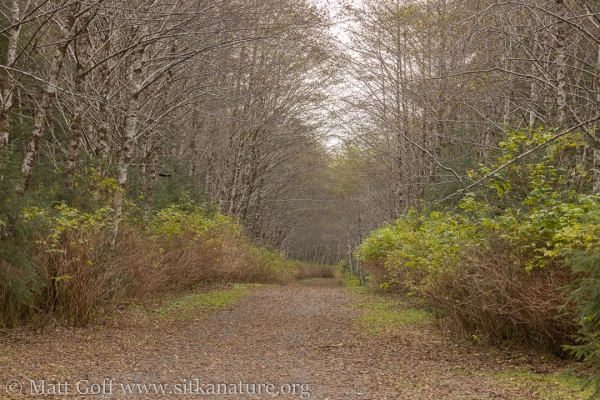 There were far fewer people on the trail today, which isn’t really surprising. I don’t prefer to cross paths with people (or their dogs) while I’m out trying to observe, so it was more comfortable for me that way. 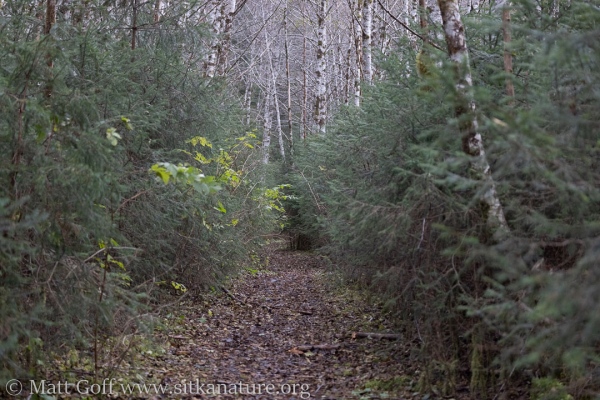 I ended up walking most of the paths I had travelled yesterday, and explored a couple of other spurs as well.

I spent about 2.5 hours walking slowly and trying to maintain a wide-angle (peripheral) vision. At least half of the time I was walked barefoot (which I noticed seemed quieter than when I was wearing my fairly minimal shoes). 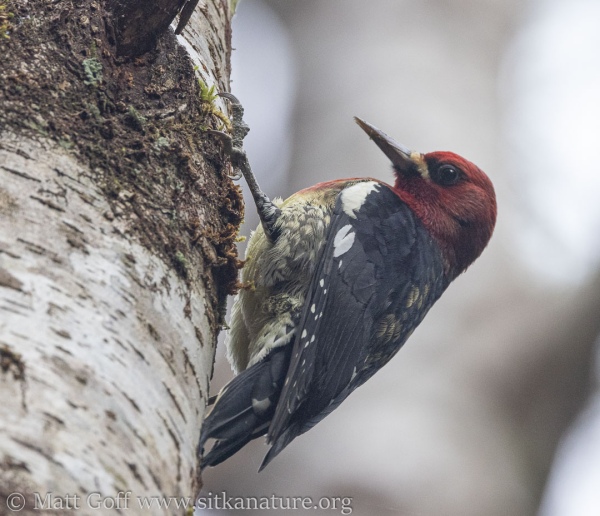 I saw a dozen or more juncos, a handful of sparrows, Hermit and Varied Thrushes, wrens, a Hairy Woodpecker and a Red-breasted Sapsucker (which flew up and landed in a tree right over my head at one point). I did not see the mystery bird today. 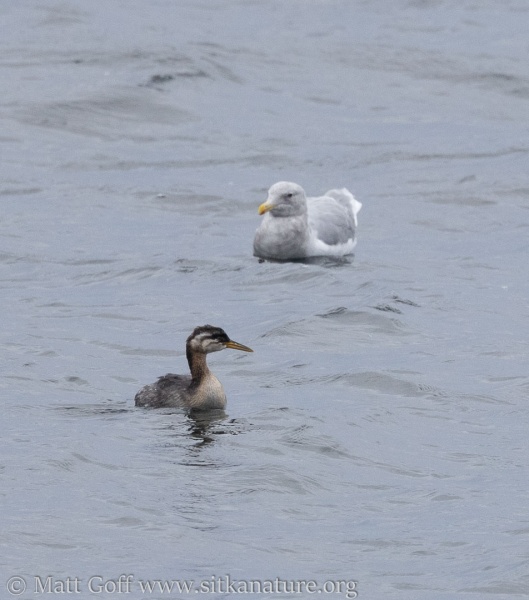 On my way back I stopped again at the kelp patch turn around. Three Red-necked Grebes and a dozen or so gulls, caught my attention. 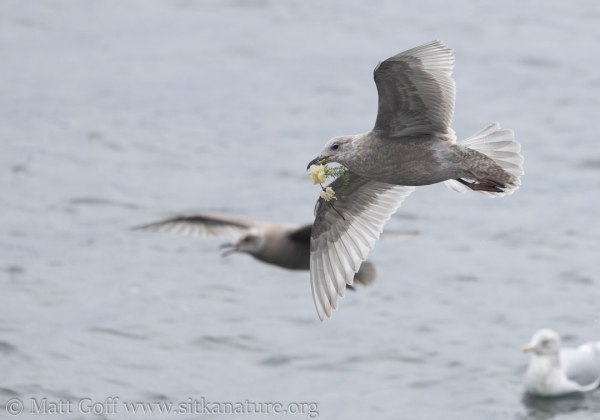 I was curious what brought the gulls to the nearshore (but not so curious I got out of the car to take a closer look at the beach). At one point I saw a juvenile gull flying with something that I thought looked like a piece of seaweed. A second one was giving chase. Reviewing my photos I saw it was a hemlock branch with herring eggs. 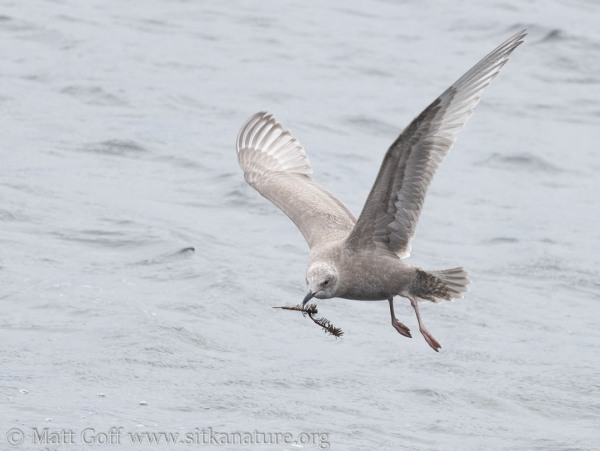 Shortly after, a second immature gull had a small piece of spruce branch, but no herring eggs were on it. It didn’t hold on for long before dropping it.

About the time I was leaving the pullout, I remembered it was Alaska Day. By this time it was around 3pm, and I had missed the parade. I think it’s the first Alaska Day parade I’ve missed in several years, but I don’t remember for sure.

I stopped briefly at Castle hill. It seems to me many leaves have already fallen relative to prior years. Although the leaves didn’t fall so much at the time, I’m wondering if the strong wind during the early October storm caused enough damage that led to them being dropped earlier than they might have otherwise.

I’ve long been intrigued by what I might call intuitive ways of knowing – a somewhat broad and fuzzy umbrella term for knowledge that does not feel like it comes from direct conscious awareness and reasoning.

Earlier this year I listened to the audio book of The Extended Mind: The Power of Thinking Outside the Brain by Annie M. Paul.

I found it a fascinating look at the ways our brain works differently in different contexts, and how we can extend our ability to think and understand. This photojournal is an example of a kind of mind extension. I store thoughts and memories here, where they are accessible to me in the future and also available to others.

One of the chapters focused on body-based knowing. She described a couple different experiments that demonstrated this. Researchers observed clear physiological signals that a person’s body was responding to something happening in the experiment well before they were consciously aware.

To access body-based knowledge it is helpful to have better body awareness, not something I have cultivated through much of my life. The author mentioned body scan meditations as a good way to develop such awareness, so for the past few months I have made that a part of my (almost) daily routine (I use this 15 minute one on youtube).

More recently I have begun trying to work with it in a more direct way. In other contexts I have been in the term ‘body radar’ is used for a particular approach to accessing body-based knowledge. It’s a process of regularly checking in with your body to feel whether there is an indicator of direction (relative to a certain question or intention). 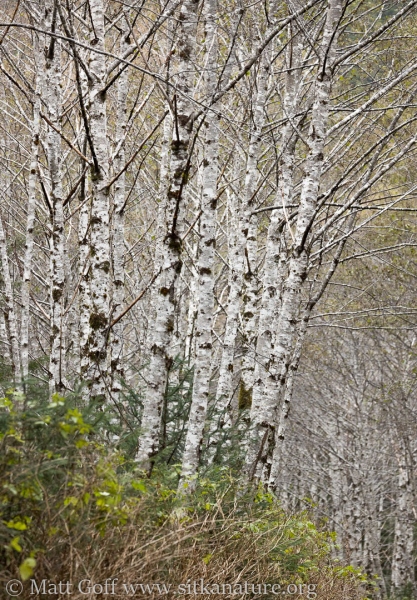 In my case, during my wandering around Kramer Avenue the past couple of days, whenever I came to a junction, I paused and checked to see if I had a different feeling in my stomach/gut about one direction as opposed to others. It’s been subtle and difficult to articulate at best, but it does often feel like there’s something there.

One time yesterday when I went through a forested area and came to a trail (which turned out to be a tertiary spur), I thought I should go right, but the body radar feeling suggested left. As it turned out, going right would have led me to a dead end, and going right brought me back to the connecting trails.

Today I was walking along slowly and felt a particular tug a bit off to my left and in front of me. That brought my attention there, and I saw a loose group of juncos at the edge of the main path and going up a secondary path. I hadn’t consciously been aware of them prior to looking that direction. 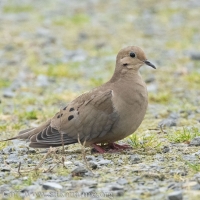 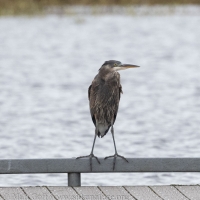 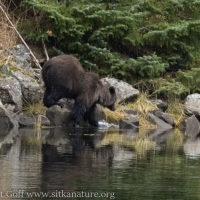 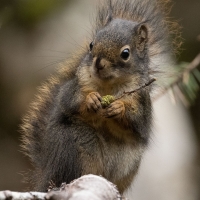 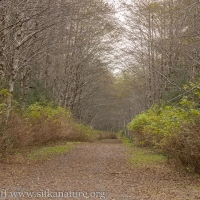 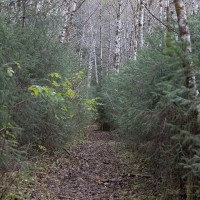 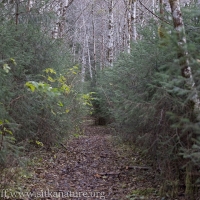 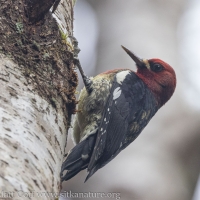 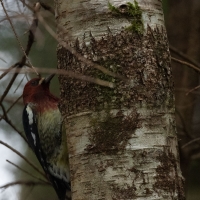 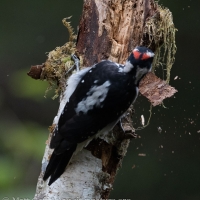 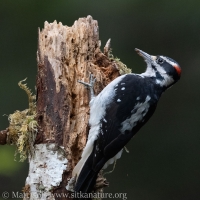 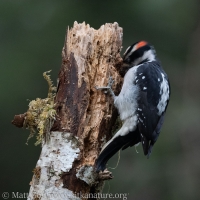 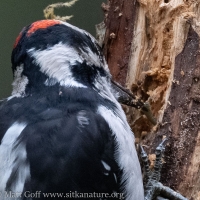 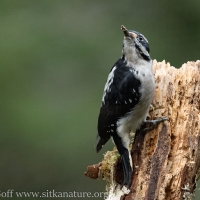 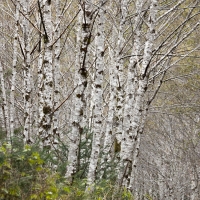 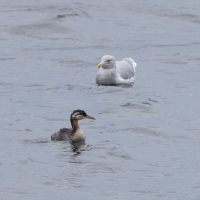 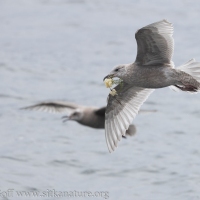 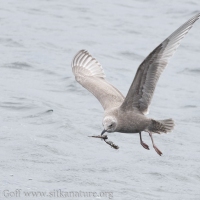 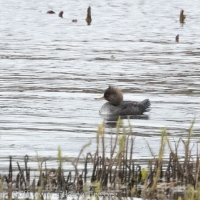