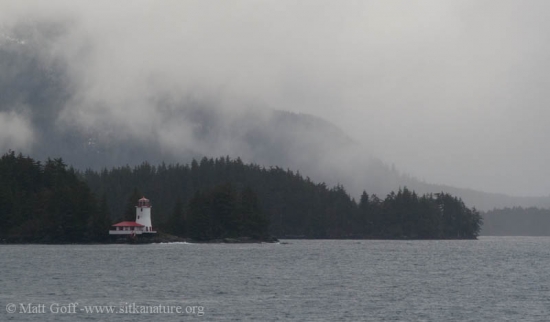 Temperatures warmed during the night from the middle 30s up to 41F and then stayed around 40 throughout the day. The raising temperatures made a big difference to the amount of snow on the ground – a fact I first noticed when I saw a dozen or more Dark-eyed Juncos scattered throughout the mostly bare backyard foraging. I am not sure what they were finding, but I suspect many were finding seeds released during the cold dry weather and then subsequently covered by snow.

Clouds were mostly quite thick through the day, though around noon there were some thin spots that made it almost seem as if the sun would break through. By the time I walked over to check on house progress, the ceiling was below 1000 feet. The air was calm and I could smell wood smoke that seemed to have been pressed back down to earth by the humid air.

After seeing the house progress, the kids and scared up a couple of pigeons from a Oja St. yard. Connor said he had seen a dove take off with them, and we were able to see where it had perched on a wire a few houses away. It seemed likely to be a Eurasian Collared-Dove, a fact which we were able to confirm when it started calling. Among the other typical neighborhood birds was also an American Robin and a Steller’s Jay (the latter of which I only heard, but did not see).

We were running late by the time we got the bridge, so I only paused briefly to scan the birds in the Channel. The Long-tailed Ducks were almost all gathered together in a flock of over 70 birds not far from the Fuel Dock – quite a bit closer than I’m used to seeing them. I’m not sure if they coordinate their diving on purpose to optimize foraging efficiency underwater, but there dives were synchronized today – behavior I’ve seen on other occasions as well. There was also a pretty good group of scaups swimming toward the middle of the Channel from near the Coast Guard dock.

Walking quickly by the new wind turbine adjacent to the Coast Guard cutter station, I was interested to see it spinning slowly from a wind out of the south that I couldn’t feel at ground level.

On the way home this evening, I decided to walk barefoot from Crescent Harbor. The campus lawn was pretty much free of snow, but I could feel the ground was frozen just below the surface.