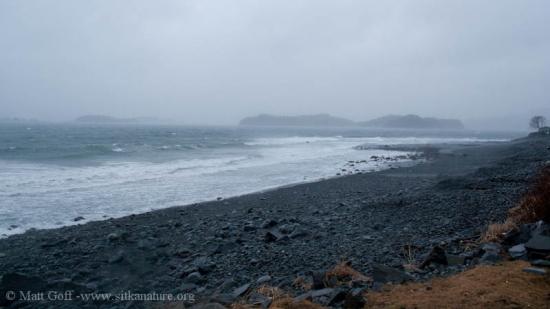 Temperatures warmed during the night from the middle 30s up to 41F and then stayed around 40 throughout the day. The raising temperatures made a big difference to the amount of snow on the ground – a fact I first noticed when I saw a dozen or more Dark-eyed Juncos scattered throughout the mostly bare … Read more

The lake was mostly frozen, so quite a few birds were close to the penninsula in one of the patches of open water. I took advantage of their limited room to roam and got some photos.

This morning after dropping Rowan off at preschool, I went kayaking for a couple of hours. I went out towards Middle Channel, over to the lighthouse and then approached Beardslee Island before heading back to town. Rowan and I went to Swan Lake after I picked her up from preschool. Weather: Winds were calm and … Read more