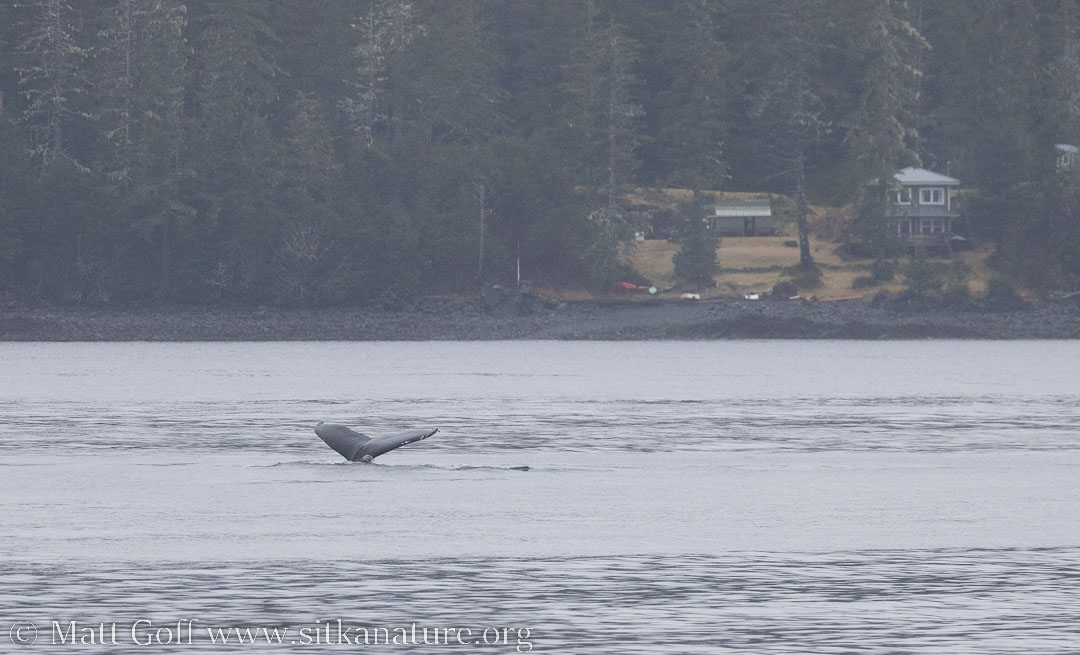 Overcast without much rain (at least that I noticed). Fog early, but lifting by late morning. Fairly calm. Temperatures in the low 40s.

After a mild start to the year, the forecast is calling for stormy weather late this week. Temperatures associated with that are predicted to be in the mid 40s.

Although it’s been 3+ weeks since it was cold, I expect we’ll have at least one more good cold snap before winter is over.

Yesterday I heard from Karen J that herring had moved in by the north end of town. I didn’t see much out that way on a drive to Starrigavan. That was partly because visibility was low.

Today I noticed at least a couple of Humpback Whales between Halibut Point Rec and Middle Island. I suspect two that I saw off Harbor Point were different ones.


At Harbor Point I also saw a group of Steller Sea Lions right off the point.

Bald Eagle with fish it had plucked from the water. Possibly a herring


Further out, an eagle swooped down and grabbed a fish. The fish was large enough I could see it in the picture. It seemed consistent with a large herring, but I’m not sure if there are other possibilities.
At the rec I noticed two related species of moss (Polytrichaceae) growing together. One was Polytrichastrum alpinum, and I’m not sure what the other one is. It was called a Polytrichum when I posted on iNaturalist, but I’ll need to do more work for a chance at coming up with a species name.