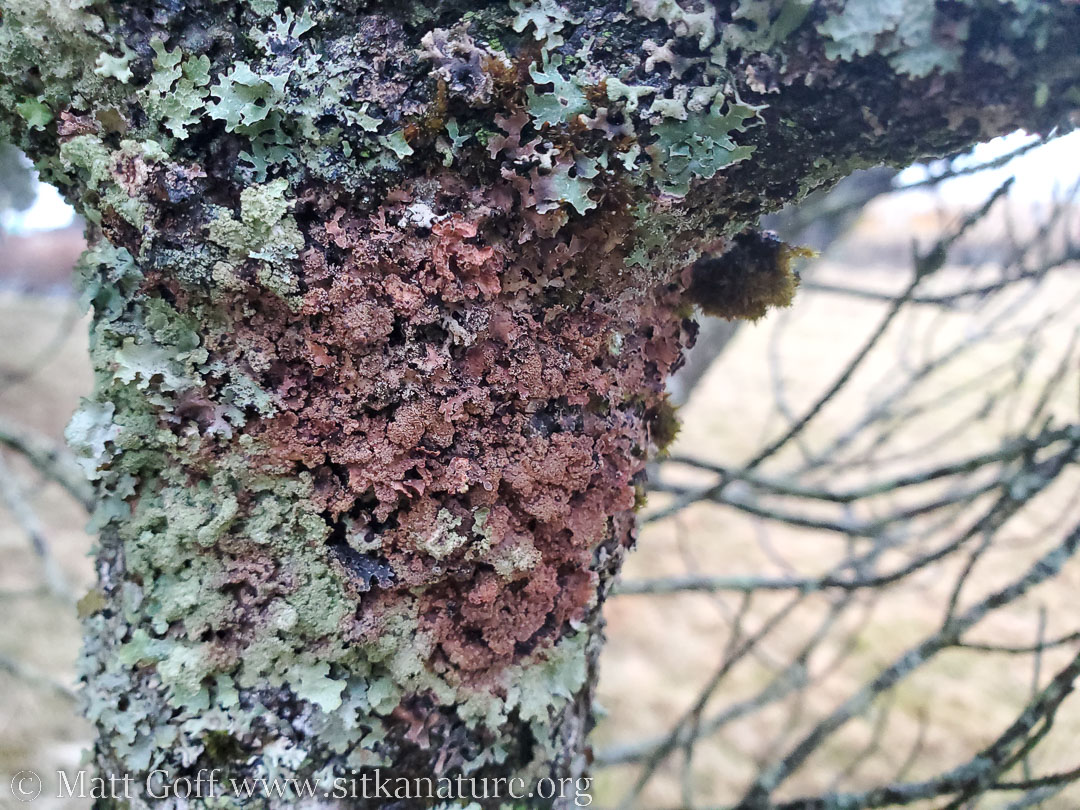 Overcast in the morning. Drizzle and low clouds arriving in the afternoon. Temperatures in the low 40s and calm.

Around midday, I went out to Whale Park with Kitty and walked out along the path there.

She wanted to see the dwarf mistletoe on the fallen hemlock that I had recently noticed.

We continued along further, but the arrival of a drizzle shower prompted a turnaround before we got to the big pullout area.

The clouds thickened and the gray day became dimmer, and even less conducive for photos.

With my on-going streak of writing daily photojournals (which is unbroken since 19 December 2020, now over 750 days – though most remain unpublished), I often find myself giving some thought to the photo part of the journal during the day.

It was getting later (relative to sunset). I had only taken three quick photos of different organisms with my cell phone during the walk out at Silver Bay. I wanted more to have for the photojournal, so I made a point of spending a bit more time out than I might have otherwise.

I was over at the channel and struck by how different the lighting was today compared to yesterday.


I also checked out some lichens on trees that are likely to disappear when a new Coast Guard dcok is built. I noticed what I think are lichenicolous fungi on a Ramalina and on Parmelia. I’m not sure I’ll be able to get a name for them, but that’s how it goes.

This morning I caught up uploading the photojournal writing so far this year. I began publishing entries from the first of the year later this evening.