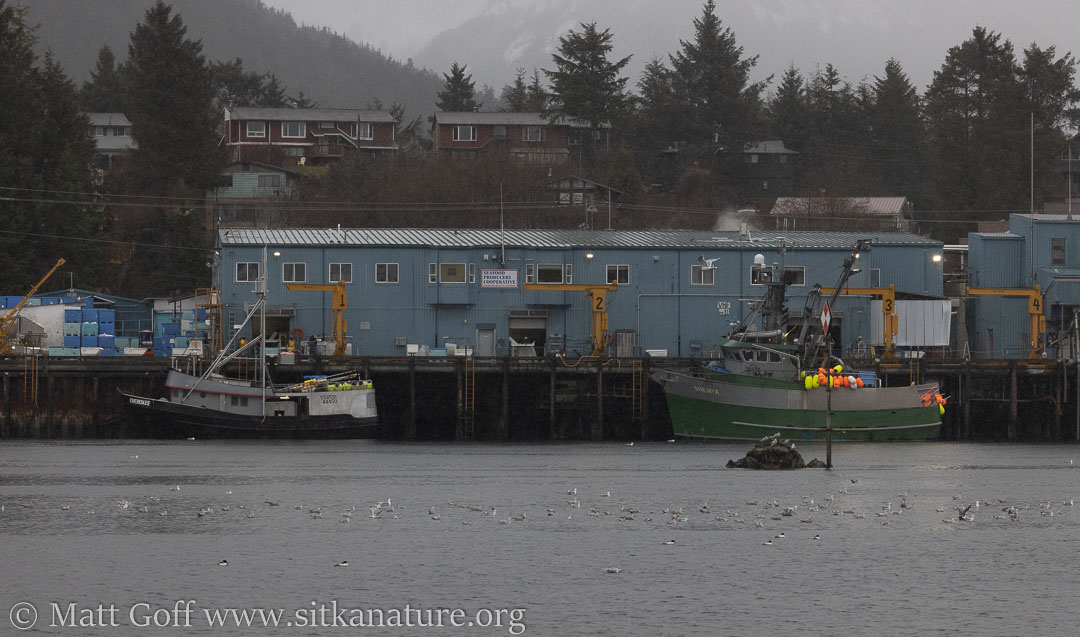 Gulls have started to show up in the channel

After recording a conversation for my next radio show this morning, I stopped by the channel. Fishing boats were offloading, and a few more gulls were in the channel. However, there were not nearly as many as I would expect to see when things are really going.

I decided to come back later in the afternoon in case they started processing some of the off load.

When I returned around 4pm, things seemed similar. I did scan the gulls again, and only saw the regular species.

I spent several hours observing from the top of the wheelhouse during a recent geotechnical project which used this vessel as a platform for the drilling equipment.


Checking the upper end of the channel, I noticed the Lite Weight was anchored up in the channel. It’s the landing craft which was used as a platform for the drilling operations. My observing time last week was spent on the top of the wheelhouse.


I stopped by another Seward Avenue rock outcrop. One moss I found under a slight overhang looked somewhat familiar. I think it’s probably a Claopodium, a species I’ve only found once before (though it’s probably not particularly unusual).