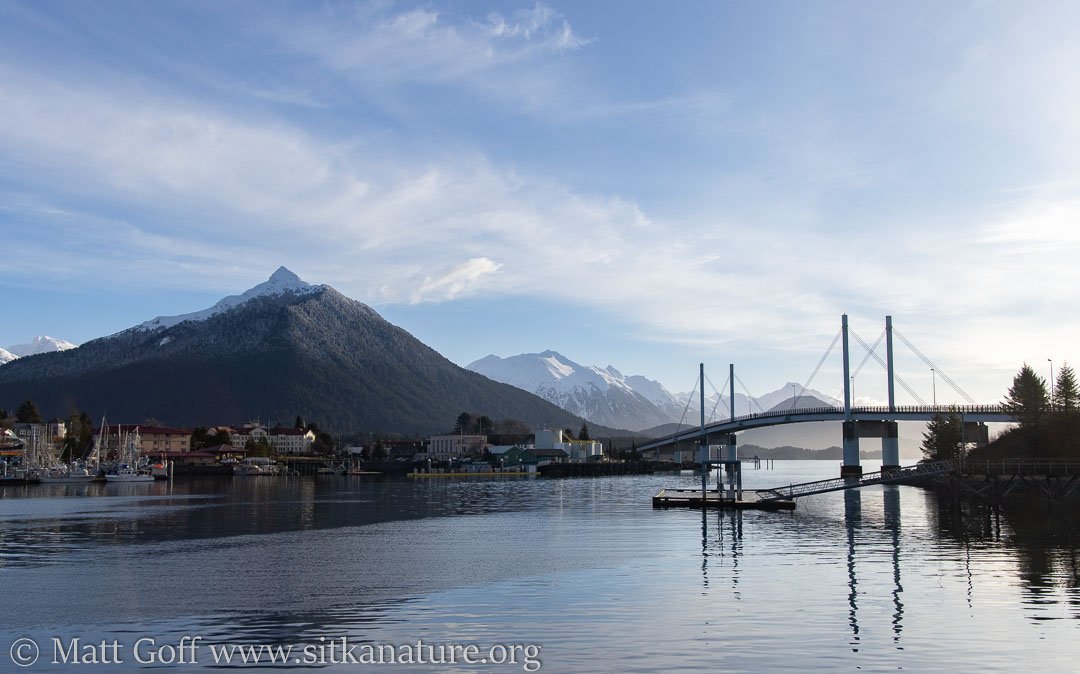 I woke to sunny skies. Given the weekend forecast for lots of rain, I decided to head out this morning, even though I had calls (grateful for mobile tech). 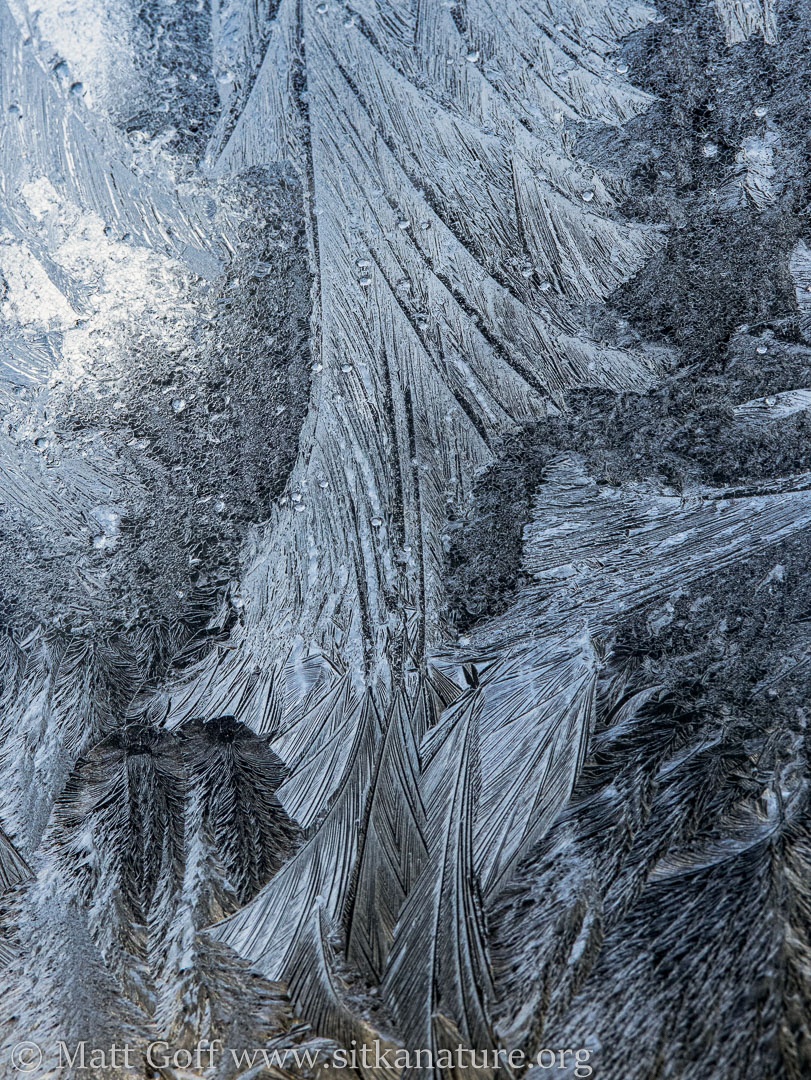 I noticed feathery frost on the car windows. I had previously realized that clearing after rain is better for these to form. (I have considered wetting windows on cold nights to get more chances to get better photos, but haven’t followed through so far.)

Calm prevailed in the channel, with no wind. However, there was a good swell coming in through Middle Channel.

Sandy beach had some waves coming in, but not especially large. 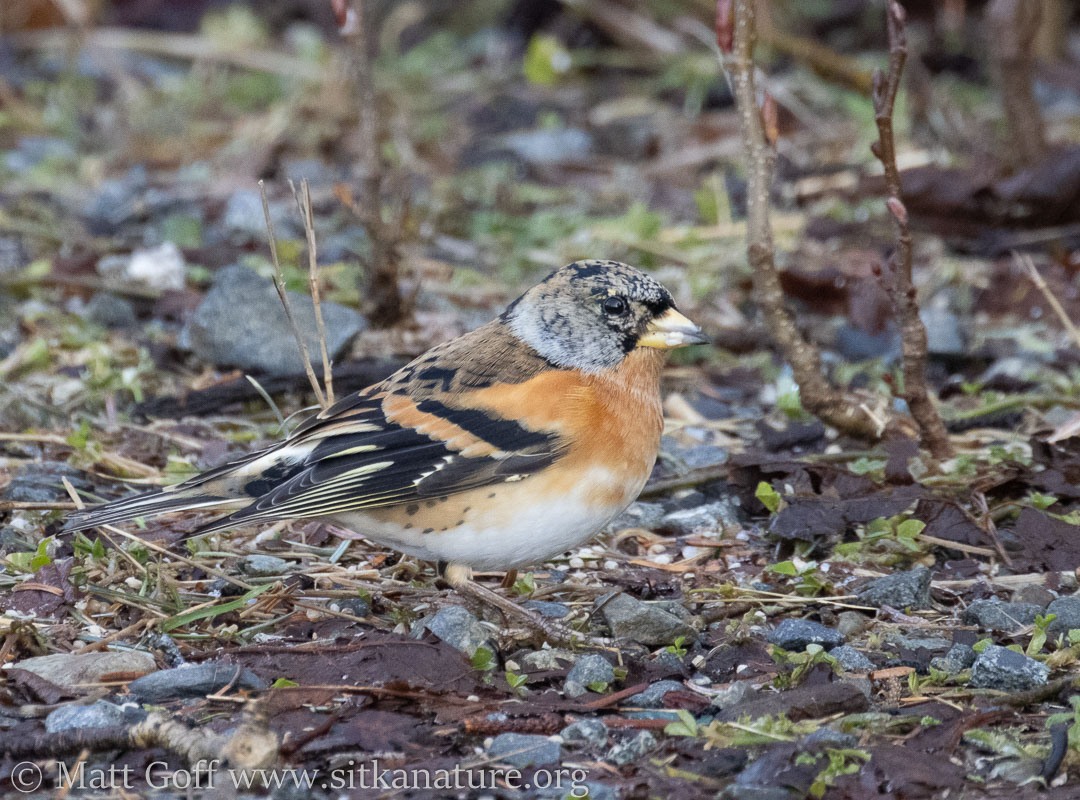 I found the expected assortment of birds at Lazaria Drive. Of particular interest to me was my count of 11 Song Sparrows. I had not tried too hard to count them on previous occasions. It can be difficult as they are often moving in and out of visibility coming out to feed and returning to the brush pile. I would have guessed there were six or so. Now I’m wondering if there have been so many all year, or if some are starting to move in anticipation of beginning to nest next month? 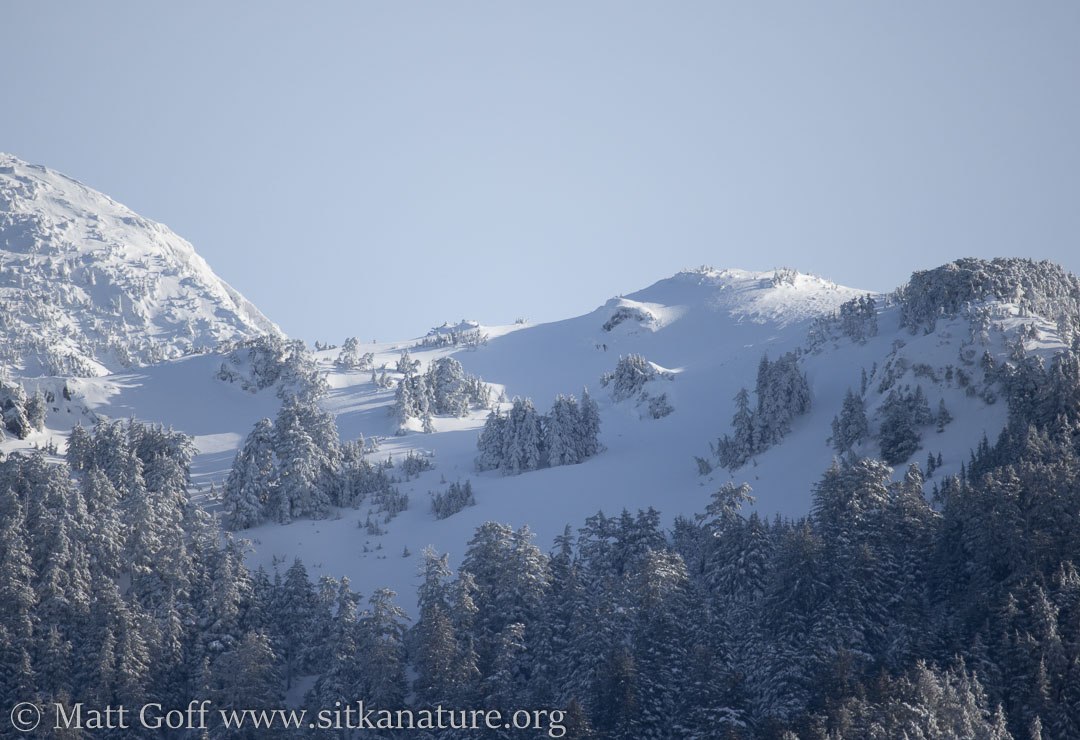 Verstovia below Picnic Rock had unmarked snow. Prior to this week’s weather there had been many trails from snow enthusiasts.

I spotted in a Ruby-crowned Kinglet working the pine tree in the yard. Probably an overwintering bird, it was my 80th bird species for the year. 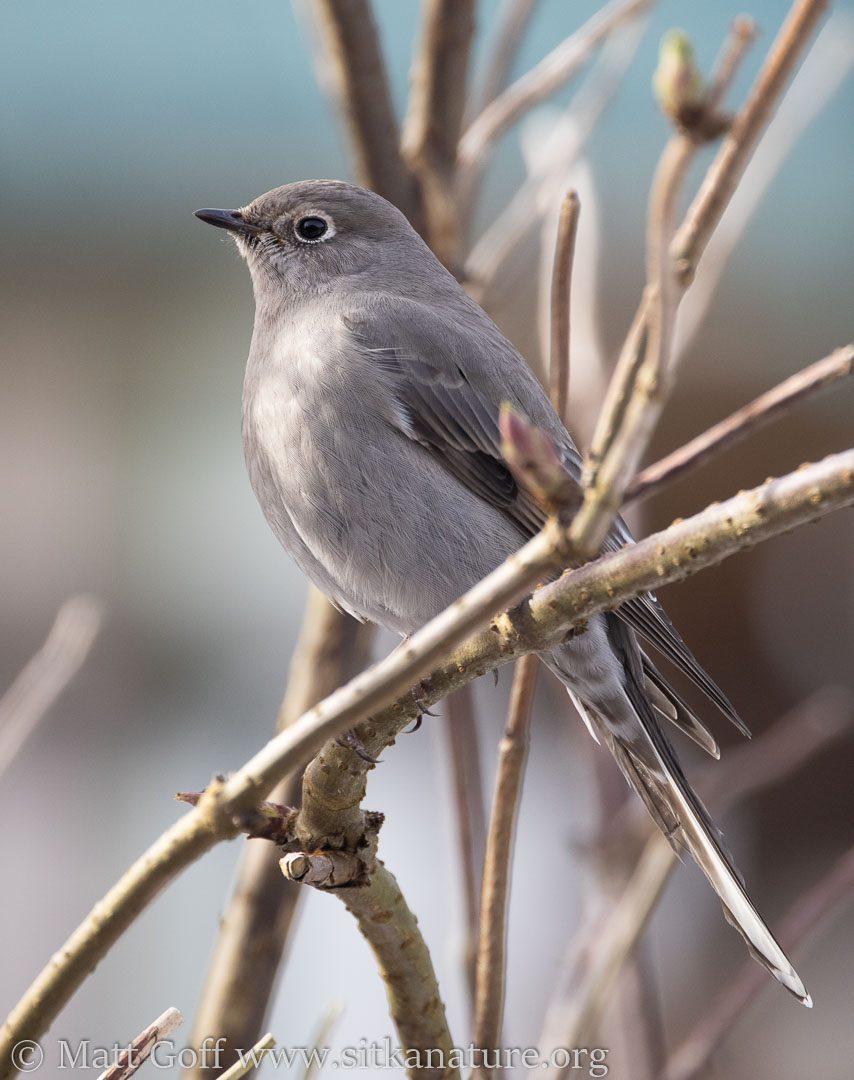 The Townsend’s Solitaire was in the yard again today. This is the first time I’ve had a chance to take pictures when it wasn’t heavy overcast, so of course I couldn’t resist adding to my collection.

The tide was running nearly a foot and a half below predicted. This evening’s low ended up at -2.7 vs. -1.3 predicted.

With the full moon series of negative lows, Connor has been planning to visit the beaches this weekend, and this evening his plan was to go to the park. 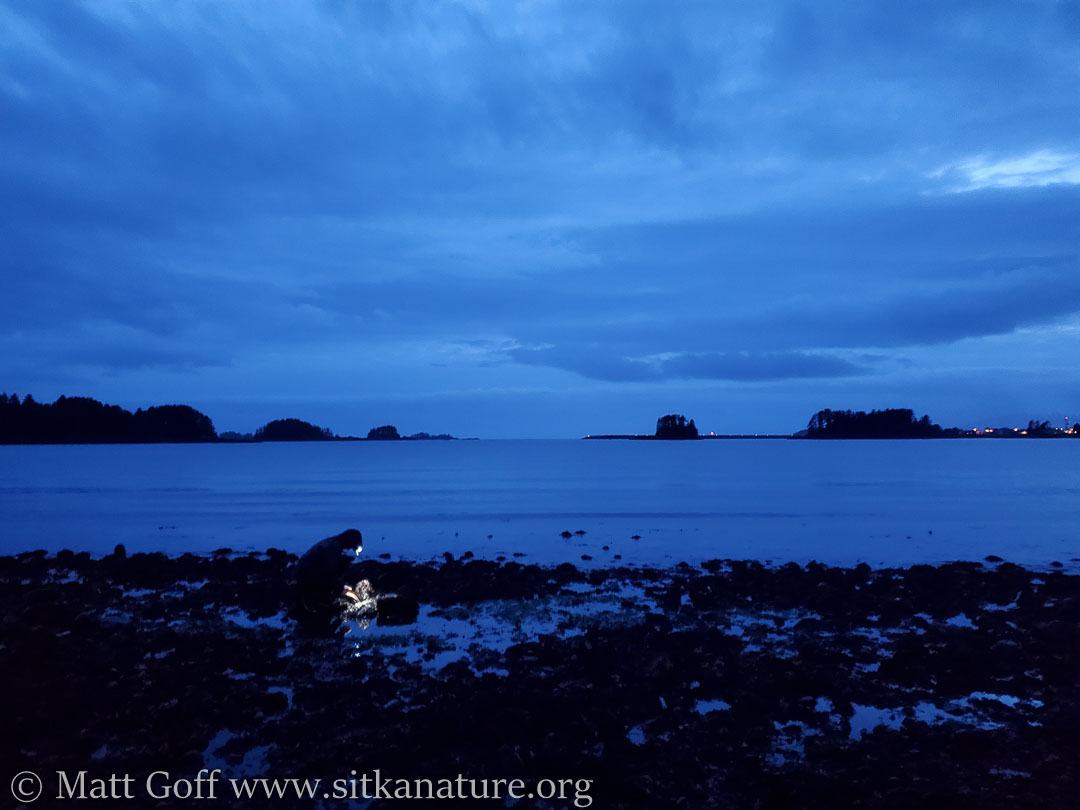 I was not quite as ambitious as Connor, but did join him around 6pm as the light was fading and the tide was approaching its lowest point. It was completely overcast. Though winds remained very light and the temperature was above freezing, my fingers still became quite cold.

In the hour I was here, in addition to several familiar species, Connor helped me find a couple that were new to me. I might have stayed longer and/or found more if I had come a little better prepared. I did not have any magnifying lenses. My ability to focus closely has declined pretty dramatically in the past couple of years, and many of the beach creatures are small enough that I need some assistance to get a very good look at them. 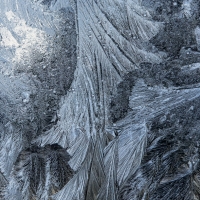 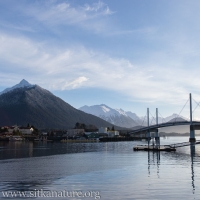 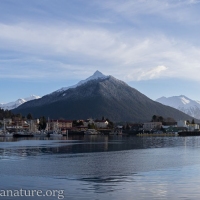 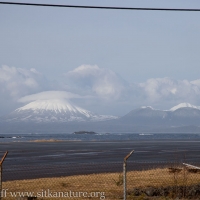 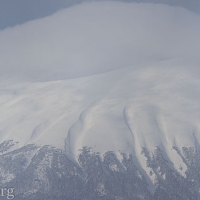 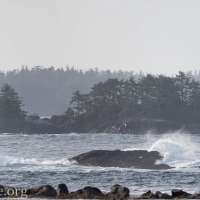 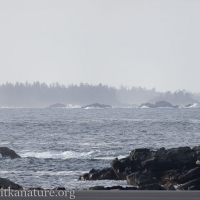 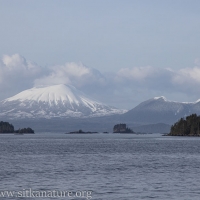 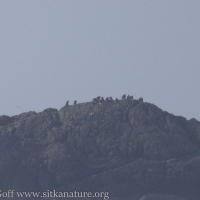 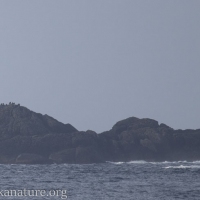 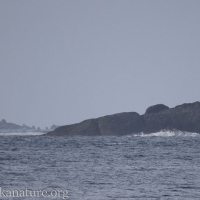 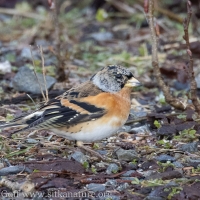 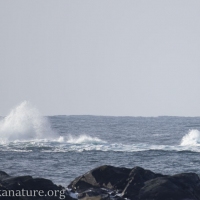 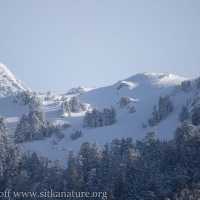 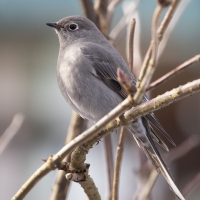 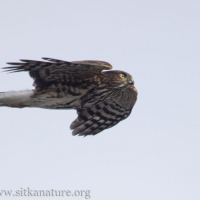 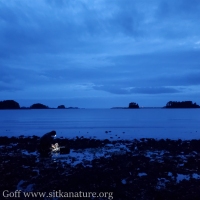