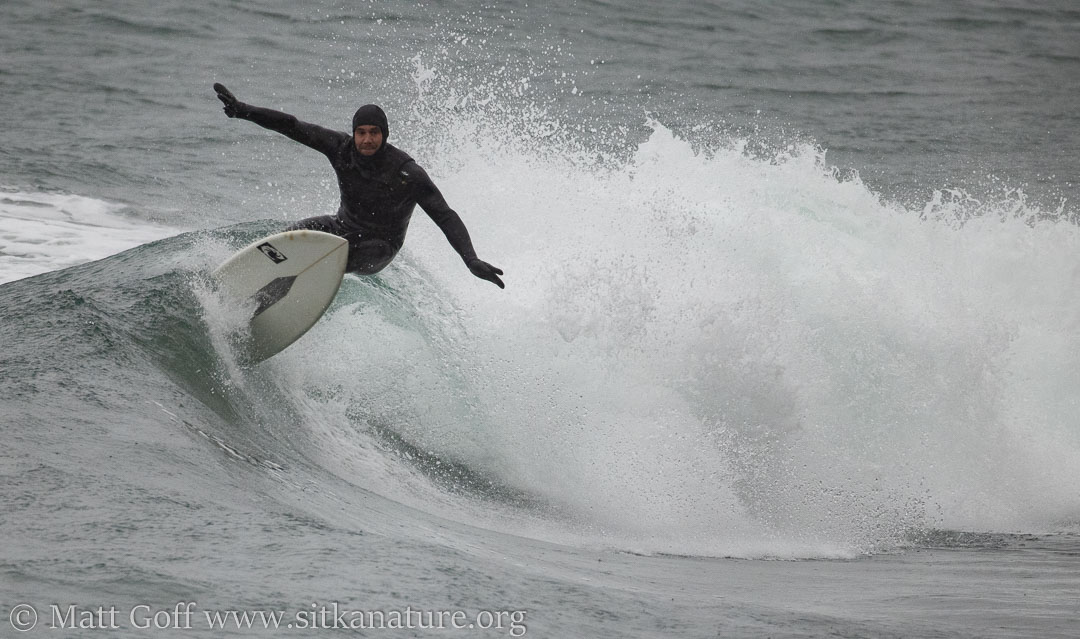 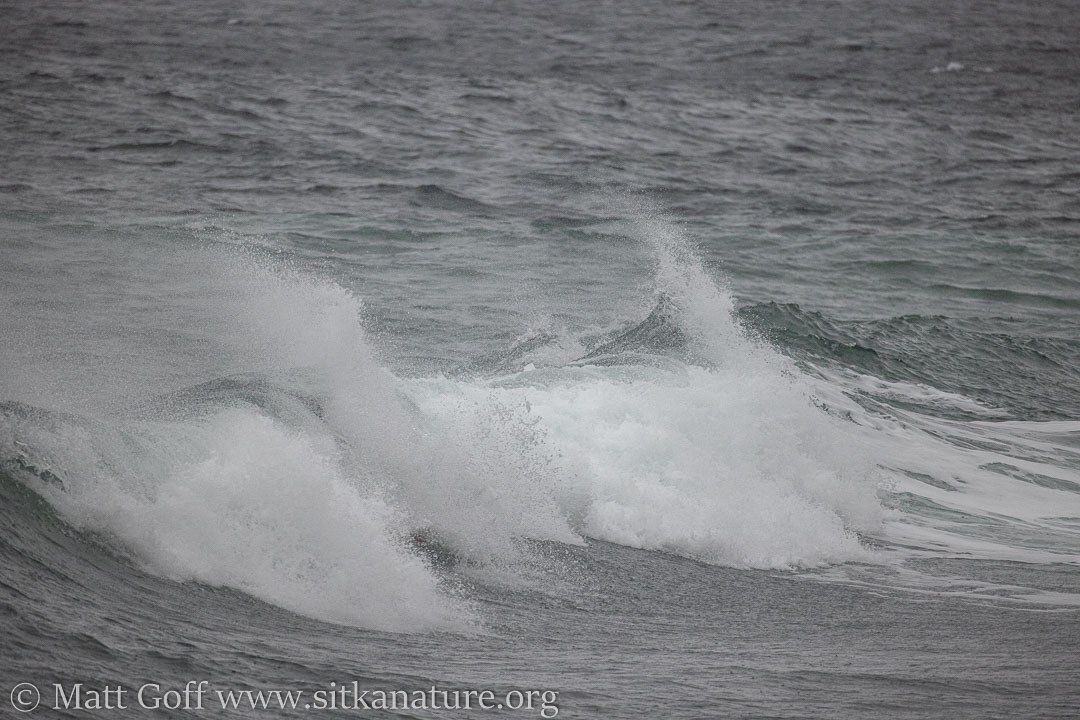 I was up and out relatively early this morning (at least for me – as it was before 8am).

Weather was overcast with a mix of rain and snow showers (though fortunately not too heavy) with a bit of a breeze out of the northwest.

My early start was motivated by an appointment at the mechanic for the car. After dropping it off, I walked back home with a side trip through Totem Park.

Although the swans seem to have departed Starrigavan, there is still the full contingent at Totem Park (also spending time at Swan Lake), as I counted 29 in the vicinity of the river mouth.

In the thin layer of snow I noticed a set of tracks with what I initially took to be a tail drag. Given that and the location, I figured they were from an otter and documented them for iNaturalist. My route took me along the trail, and over the next few steps, it dawned on me that they were actually from a dog. What I had taken for tail drag was where it’s feet/toes had not lifted high enough to entirely clear the snow.

After crossing the low-running river, I found a set of tracks that were much better for otter (though not really an obvious tail drag).

The tide was fairly high and rising as I was out. I took a few pictures of a dipper working the rocks at the edge of the hatchery outflow. I had not seen it previously (because I’ve not been down there often lately), but based on the reports of others, it’s been frequenting that location recently.

After picking up the car around mid-morning, I drove out to Sandy Beach. 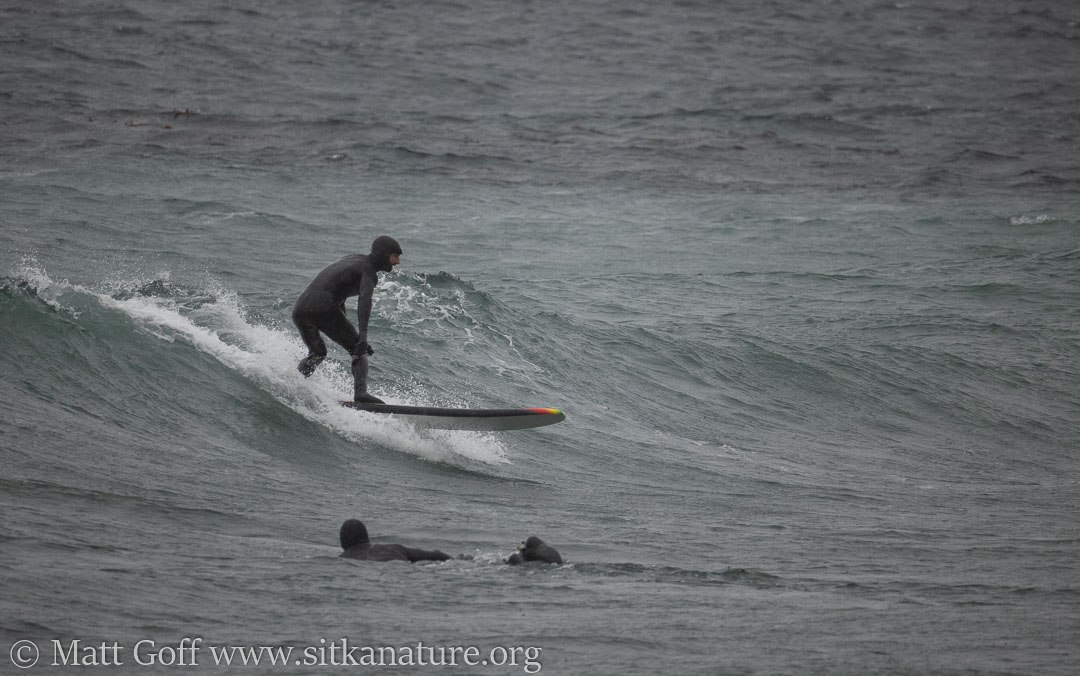 Here the northwest wind was more obvious. There was decent surf action, and the tide was suitable, so 8 or 9 folks were out in it. I filled up a good chunk of my SD card taking photos of the folks surfing, it will take some time to sort through them and decide which (if any) to keep.

I came back in and found it striking how much calmer Crescent Bay was compared to Sandy Beach and Sea Mart.

I went back to Sandy Beach to eat lunch with Connor and Rowan (Connor had opted to buy us lunch rather than make something at home). The tide was a little more than an hour past high, and only two surfers were left. Definitely not as much action as earlier, but still plenty of wind and waves. 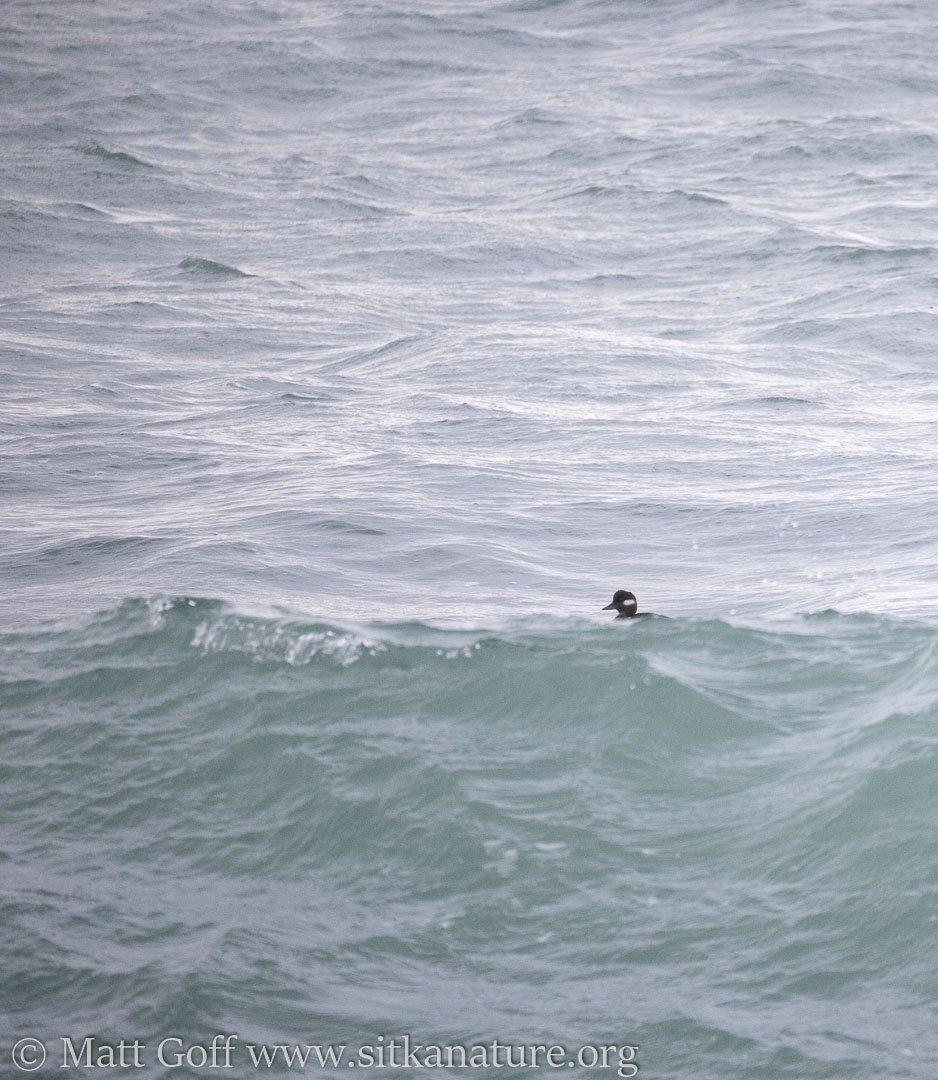 I was interested to see a Bufflehead working the surf zone. 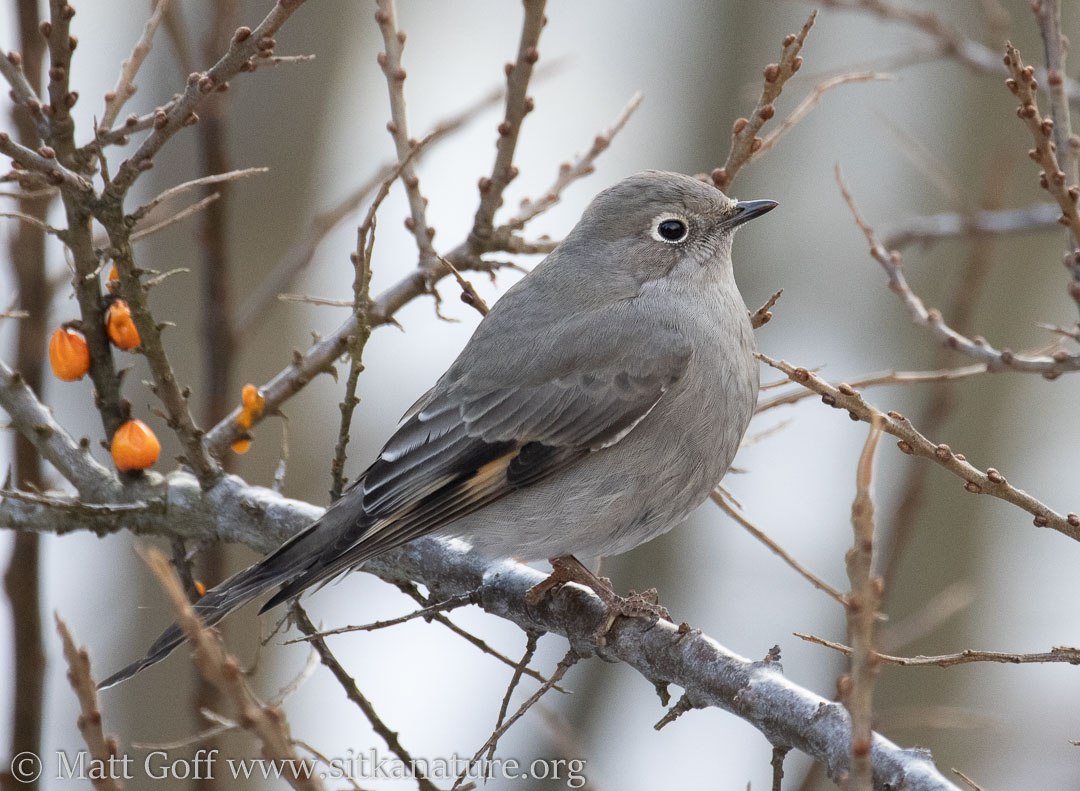 The Townsend’s Solitaire was back again today. Clouds were breaking up more between showers, so I took some pictures in nicer light than I’ve had previously.

There was a break just before sunset, so I made third trip to Sandy Beach. I got there just shortly before it disappeared behind more clouds and took a few photos.

I spent some time this evening taking pictures of the full moon at times when the clouds part to reveal it. I like the look of a full moon shining on cumulus clouds, but haven’t had a lot of success capturing it in photographs, so this evening was more experimenting than anything.

The low pressure center that was the reason for yesterday’s wind apparently passed south of here. It did have an affect on the tide, taking it to about .5ft above predicted a bit before midnight, but tide levels were back to predicted by early this morning. Still, it was a fair shift from the -1.2ft differential before the low moved through.

I was a little surprised seas at Cape Edgecumbe buoy didn’t really get much above 20ft. It was a different story down near Dixon Entrance of Haida Gwaii, where a buoy recorded 40ft wave heights this morning. I imagine that pushed a pretty good surf up on the Northwest coast of Haida Gwaii. 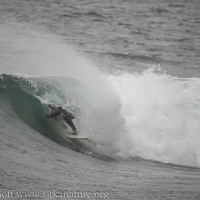 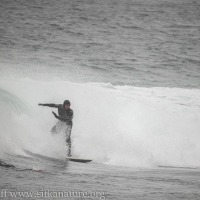 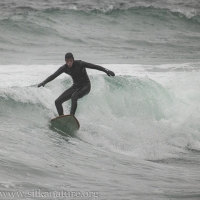 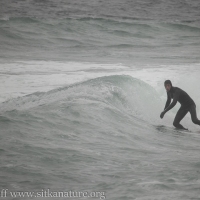 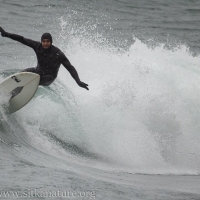 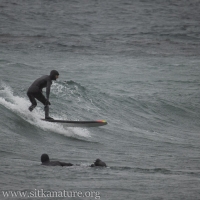 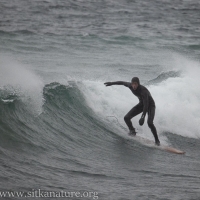 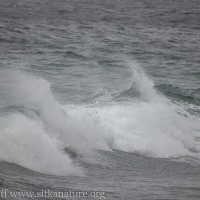 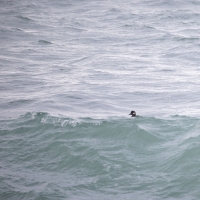 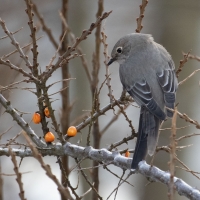 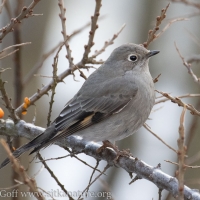 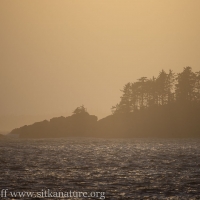 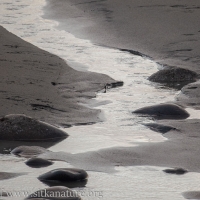 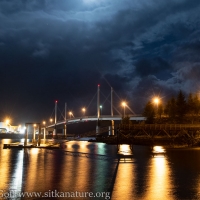