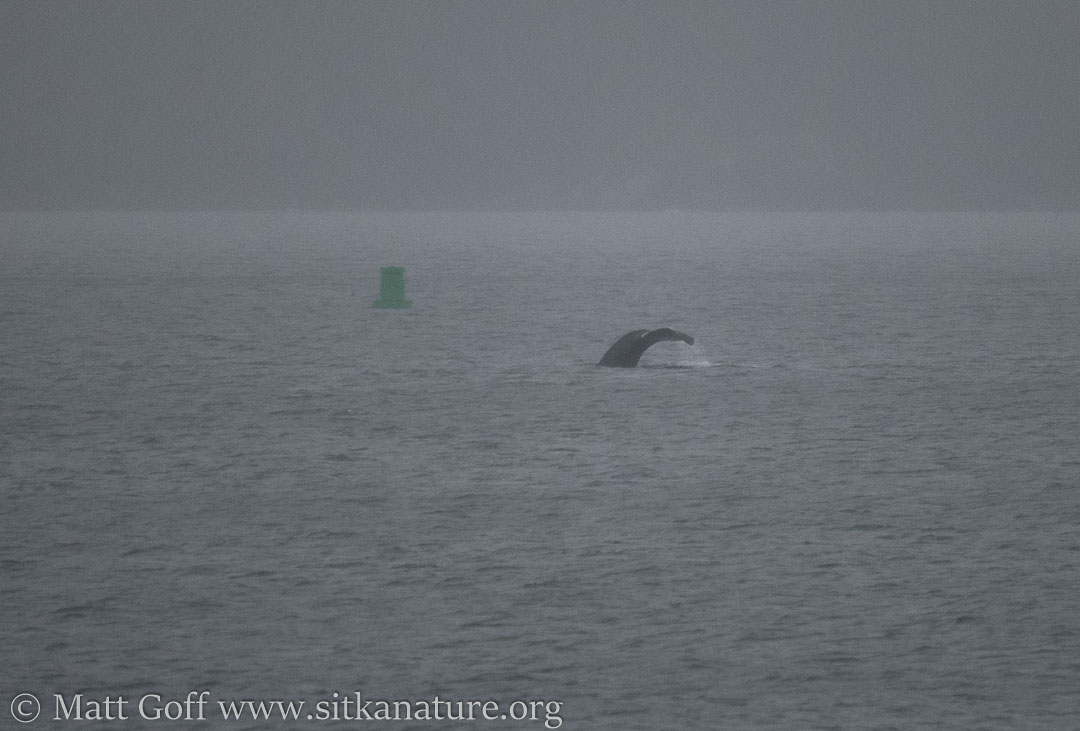 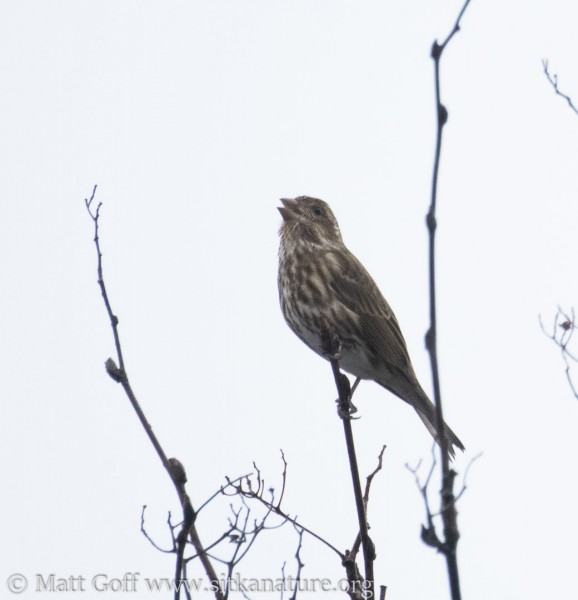 Rain was steady throughout the day, but winds were fairly mellow.

I did not get out much, but did step outside to see a Purple Finch Connor had noticed just up the street. It was singing from the top of a tree. I suspect it’s the same bird that was first seen late last fall. If so, it seems to range more widely than many small song birds do (especially vagrants).

After recording my show for tomorrow (with Connor), I went for a drive out the road. 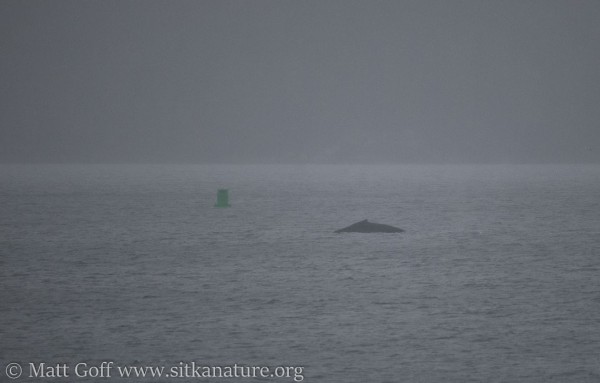 Approaching the kelp patch turnout, I had the thought, ‘I didn’t remember there being a rock out there’ before realizing it was a whale surfacing. I just happened to catch it at its highest point, and in the mediocre visibility resulting from the rain and heavy clouds, it first looked like a rock sticking above the surface of the water. It turned out there were at last two of them heading south past the green buoy.

Connor did see the Townsend’s Solitaire in the yard today, though I did not. 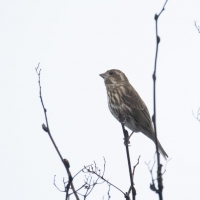 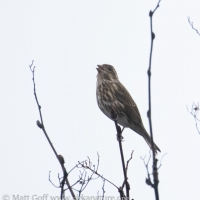 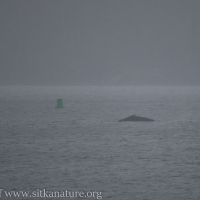 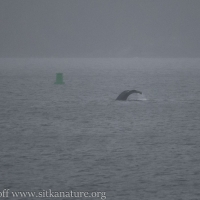