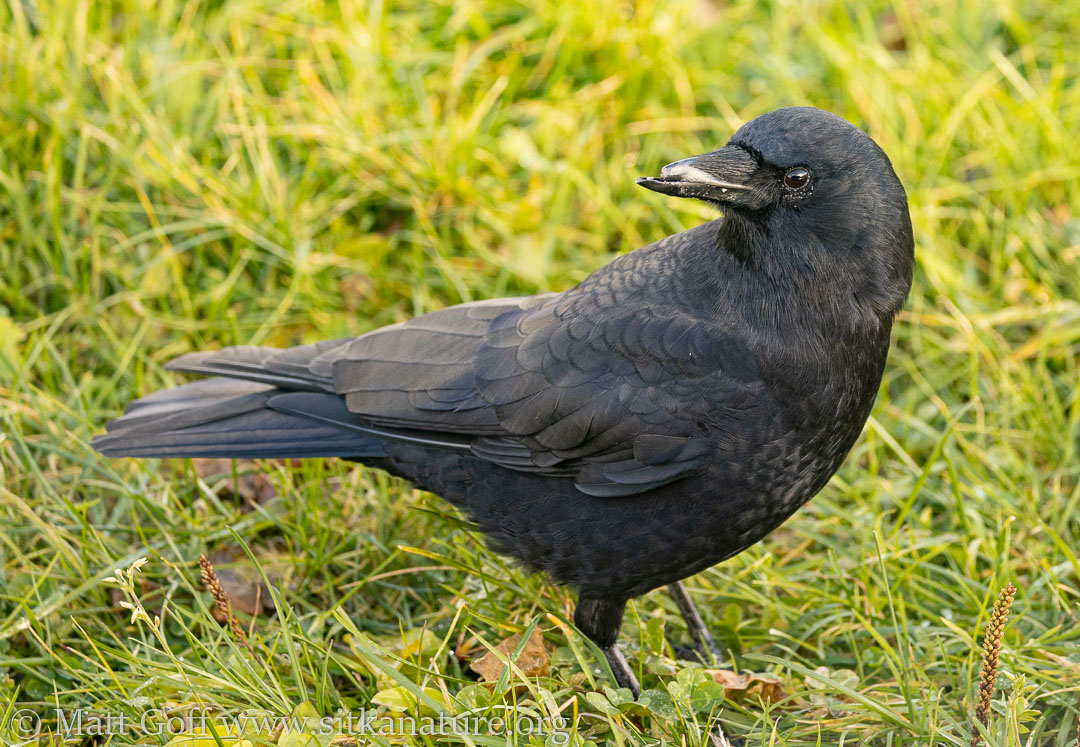 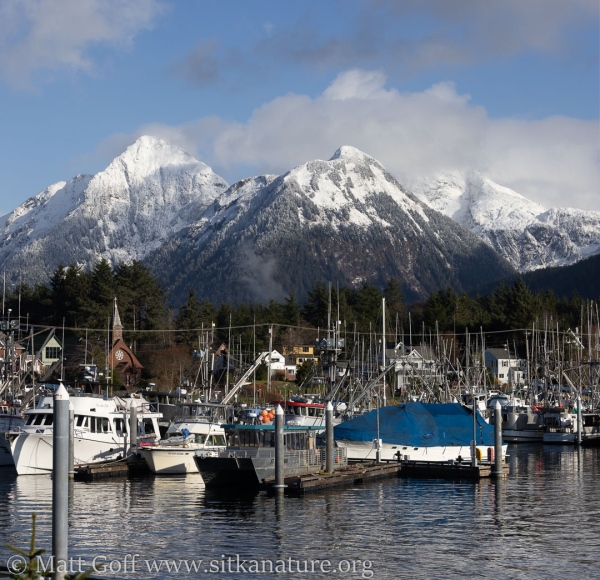 Widely scattered showers, with a fair amount of sun between them at times. Temperatures were in the upper 30s this morning and rose to mid-40s. Snow was down well below 2000ft on the mountains.

I was a little surprised to see how sunny it was this morning. I decided to take advantage and walk down to the the lake and then around town.

I ended up spending less time than anticipated at the lake, as someone was throwing a ball for their dog at the peninsula. The Redhead was still on the lake (I hadn’t noticed it the past couple of days). 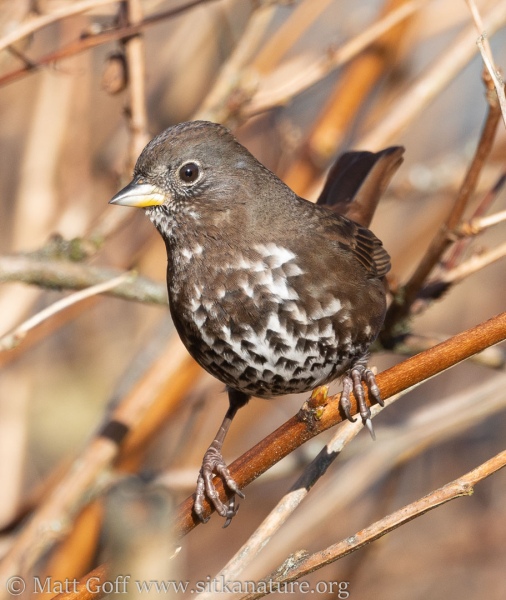 I did not see anything particularly unexpected on my walk through town. I did go along Kaagwaantaan and Katlian Streets, and checked out the Pioneer Home grounds, and Castle Hill.

I had received a note about a magpie reported on Edgecumbe Drive earlier in the morning, so started making my way back towards home.

A group of European Starlings on some utility lines reminded me of music notes. I thought it might be interesting to take a picture and make a melodic line out of their arrangement (but haven’t done so yet). 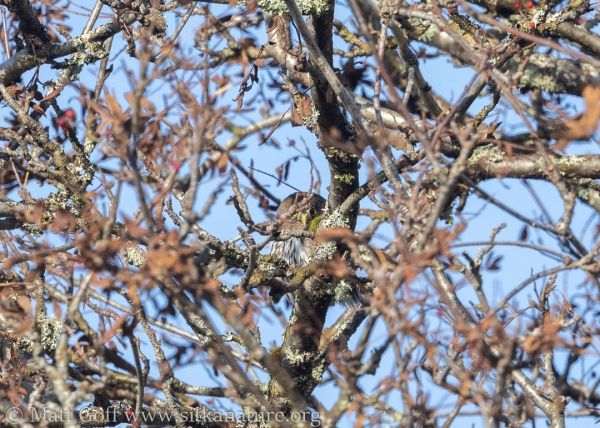 Walking down Etolin Street I noticed a bird fly up and land in the mountain ash branches above my head. I thought it might be a starling, but something seemed a little off. I decided to try and take a look to be sure.

Before long, it flew to the back of the yard where I had first noticed it. The chickadees followed, and I think may have been joined by more of them. There were certainly juncos and at least one Anna’s Hummingbird that joined the mob.


The chickadees were up encircling the owl, while the juncos mostly chipped from the bushes below. Song Sparrows were alarming up the street a little bit. I’m not sure if they were aware exactly where the owl was, but I didn’t notice them change their alarms or position when the owl moved.

After a few minutes the owl flew to some pine trees, where I lost it. Apparently the other birds did as well. I saw the chickadees chase after it, but they were much slower. The alarms started fading and within a couple more minutes had pretty much died down entirely.

I drove around the Edgecumbe Drive neighborhoods, but did not find the magpie (the Snow Goose was still at the ball fields, however).

Later I learned that one (perhaps the same one?) has been visiting Indian River road for at least a couple of days. 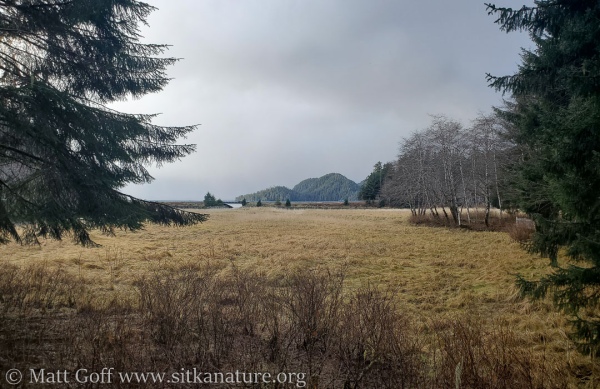 I made a trip out to Starrigavan, where it was quiet during my brief time there. Just a Pacific Wren, Song Sparrow, and Ruby-crowned Kinglet caught my attention (or I, theirs).

Kramer Avenue was even quieter, with only a Fox Sparrow around.

I picked up some lunch and ate while watching the channel.

The Long-tailed Duck numbers are picking up slowly. 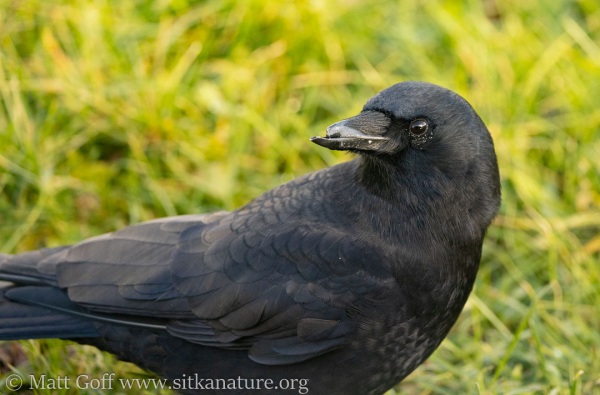 A crow with a damaged upper bill watched me eat. I wonder if it is the same one I saw last winter in this area. I’ll need to review my photos of it to see if that’s something I could figure out. 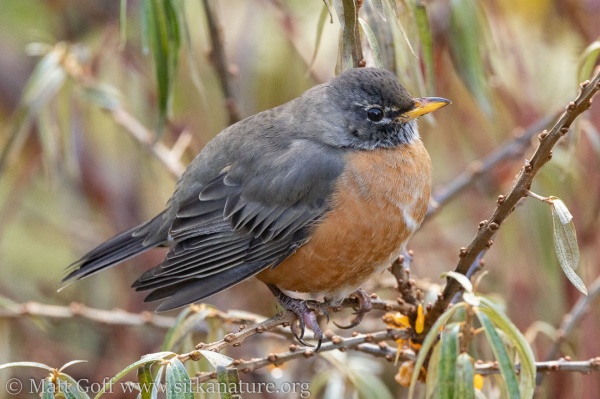 When I arrived at home, there was a robin perched on a shrub in my yard. It seemed a little lethargic, or at least less responsive than I would expect. I wondered if it had hit a window and been stunned. 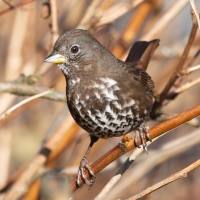 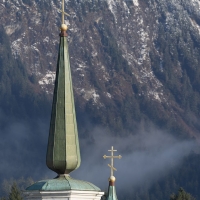 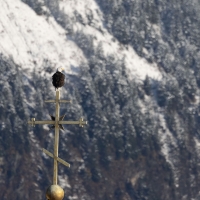 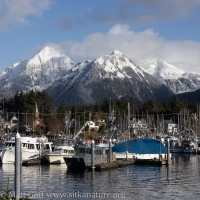 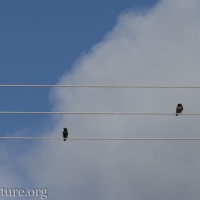 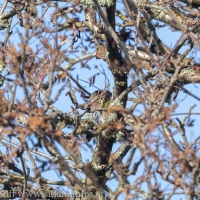 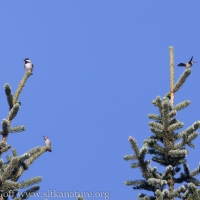 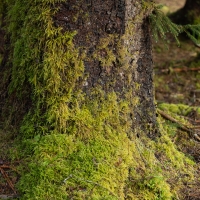 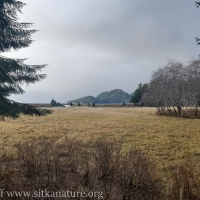 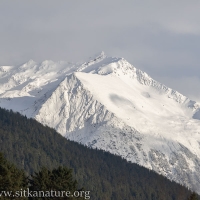 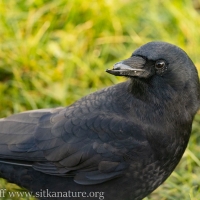 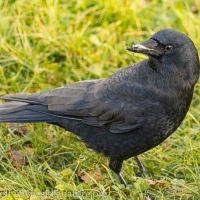 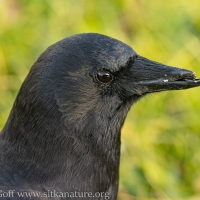 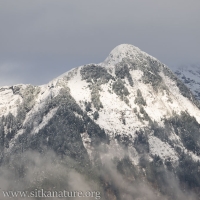 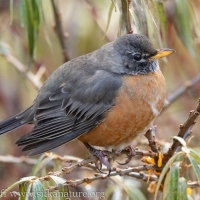 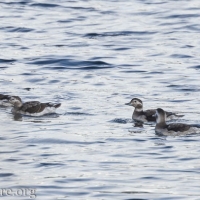