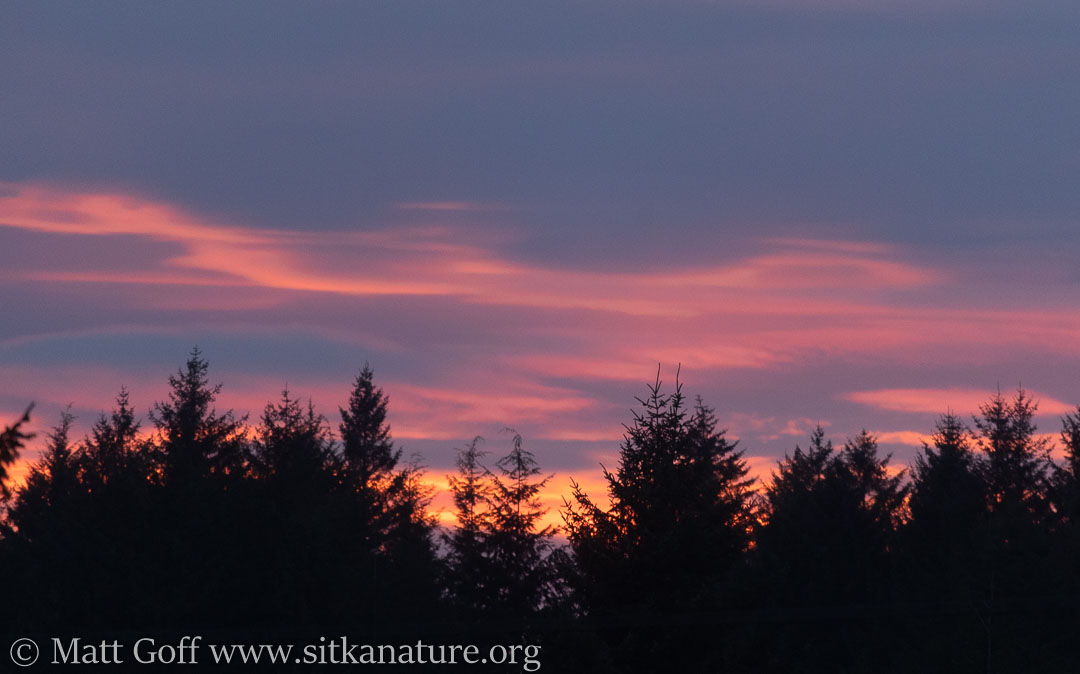 Overcast with drizzle through much of the day. Winds were fairly calm in town while I was out. 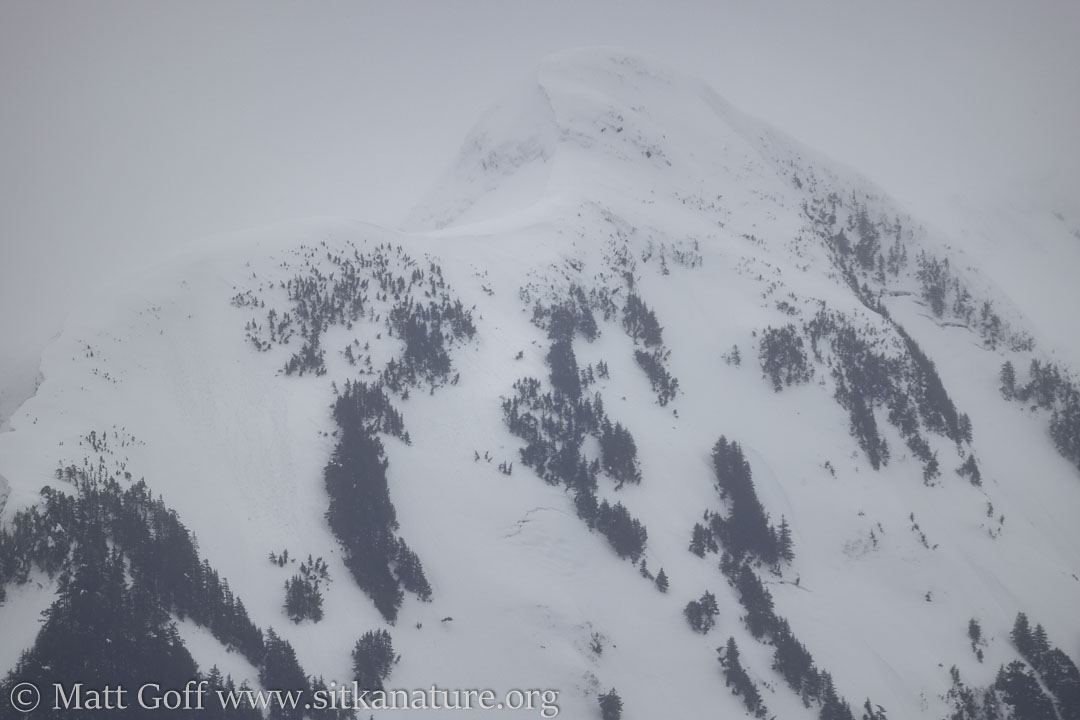 Clouds obscured the mountains for most of the day, but I did take a couple of pictures of the Middle Sister through a break in the clouds. It looked like snow was starting to slough down the hill, though it had not released fully as an avalanche. I learned the cracks caused by this are called glide cracks. If the snow eventually completely gives way, this is called a glide avalanche, as I currently understand it.

I ended up on a call this morning that took me into the early afternoon.

I wasn’t feeling super motivated to get out. However, after hearing a report of a cooperative Red-tailed Hawk out past Sawmill Creek my inspiration levels lifted.

I didn’t really expect to find the hawk (and indeed, I didn’t), but it got me moving, at least.

I also made it out to the Starrigavan side, and had no luck with a hawk there, either.

Before heading home, I checked the channel. Though the central part of the channel was quiet (other than some gulls), there were many ducks at the north end inside the break water. I counted over 150 Long-tailed Ducks and maybe 20 or so scaups.

Early this evening I noticed a report of a Eurasian Wigeon at Totem Park, so that prompted me to get down there for a bit of a walk before dinner. 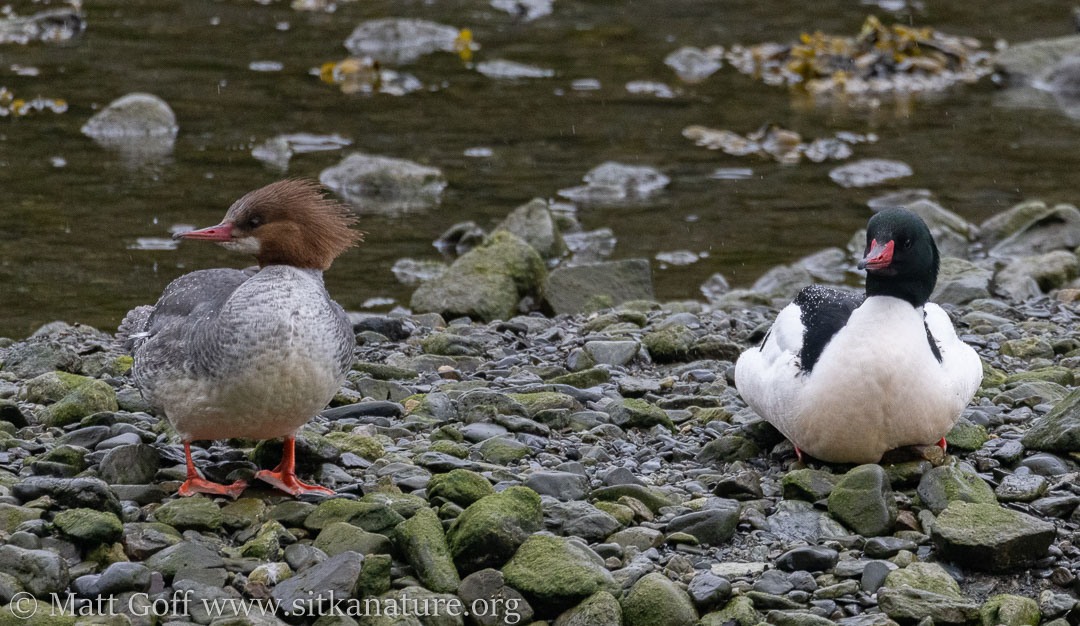 The beaches at Totem Park seem to be where it’s at for water birds along the road system this spring (at least so far). I didn’t count most of them, but did make an attempt for Buffleheads (~50). Scaups, both goldeneyes, and Common Mergansers were also plentiful. Mallards were again most abundant dabbling ducks, with some pintails, shovelers, teal, and wigeons (including the Eurasian Wigeon – #87).

I did not see the Black-bellied Plovers today, but did see a mixed flock of mostly Black Turnstones plus around 30 Rock Sandpipers and a Surfbird. 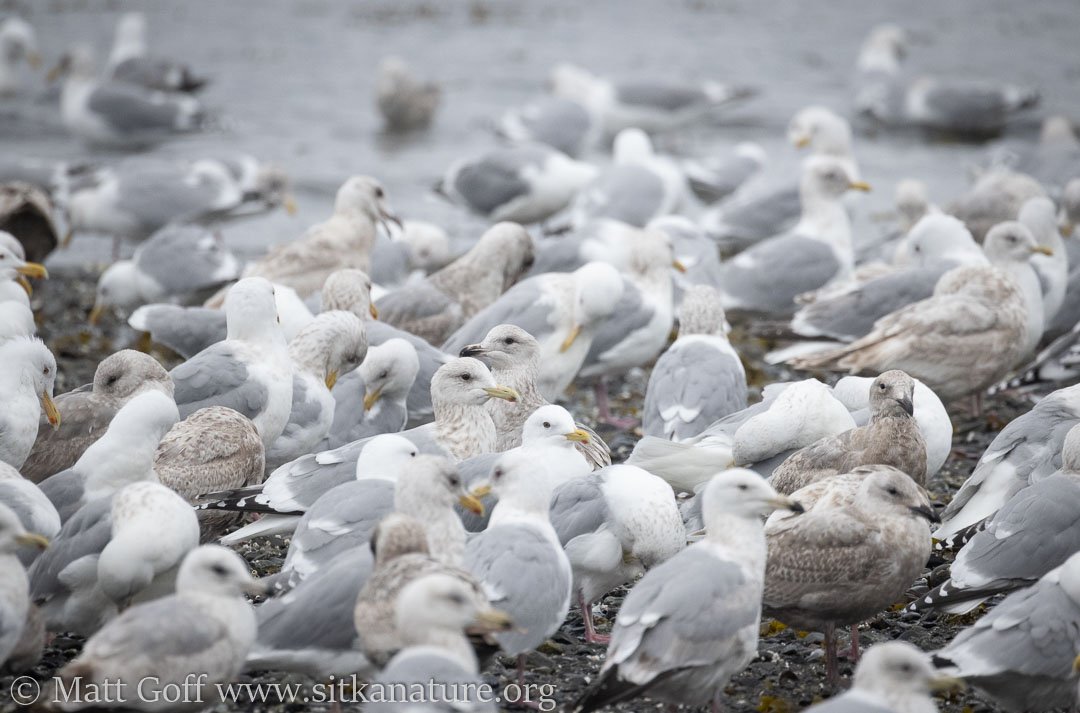 There were hundreds of gulls, but they seemed strangely flighty. When driving out Sawmill Creek earlier, they had just taken flight each time I was driving where I could see them. While out on the beach, they would settle for a few minutes, then take off and fly around a bit before landing on the beach again.

It’s the sort of thing I mostly associate with eagles flying over or someone (or their dog) out on the beach flushing them. However, today there was not any provocation I could see. I don’t think they were flushing because of me, as they were doing it even when I was not on the part of the beach near them, and it didn’t seem to be associated with my movements even when I was closer. I wondered if they’ve been experiencing some pressure from a Peregrine Falcon or Northern Goshawk lately (seems like the eagles would probably be more focused on herring).

Ravens were very active on the beach and vocal in the woods again. I spoke briefly with someone on the park trail who had apparently experienced a bit of a raven anointing shortly before we crossed paths. I took my chances on the trail, and fortunately(?) was not so blessed.

The first Rufous Hummingbird for Sitka this year was reported today. 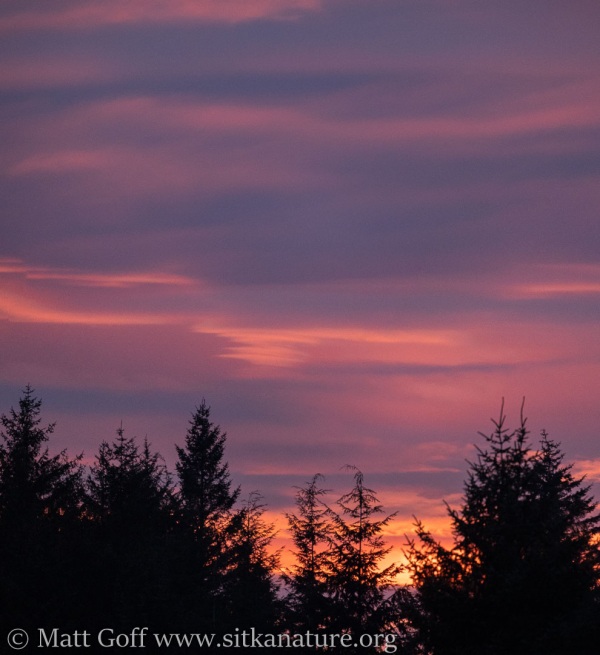 This evening Rowan happened to come up to talk to me and mentioned there was color out in the sky. After a day of solid gray clouds, I was surprised to see some intense pink to the WNW. Satellite imagery revealed an opening in the clouds well to the northwest of town, but it was apparently close enough to grace us with an unexpectedly colorful sunset. 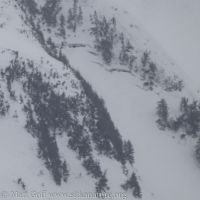 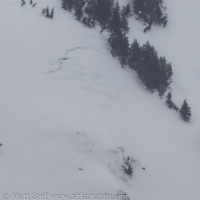 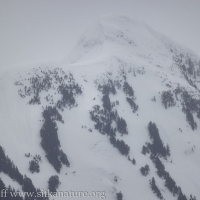 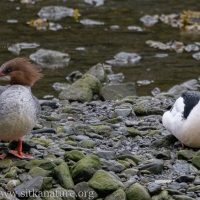 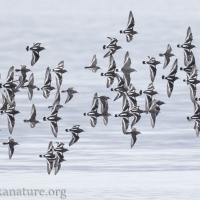 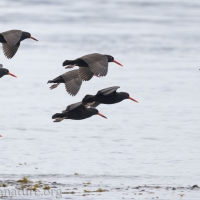 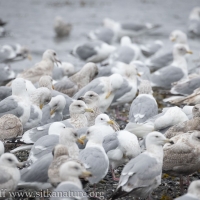 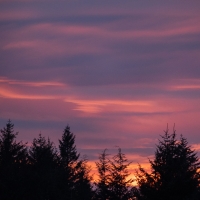 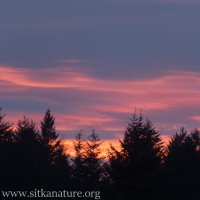