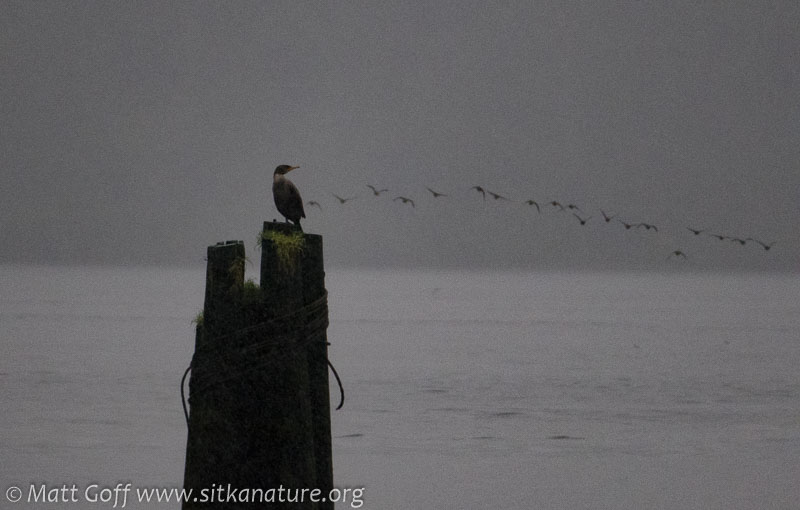 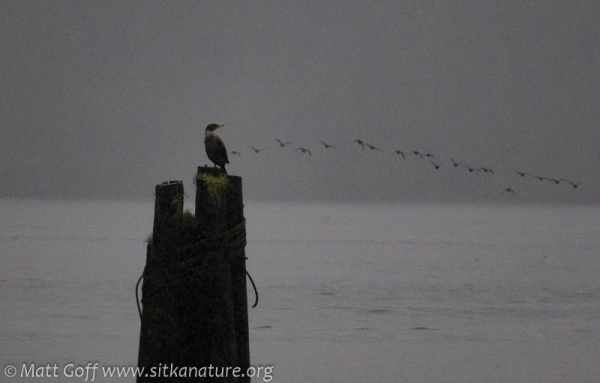 Last night I woke up a couple of different times to the sound of heavy rain showers. I think they were mostly short-lived, but they were quite loud.

I spent most of the day inside getting some work done, but did make a trip out to the industrial park to take care of some paperwork for a job as a marine mammal observer. I’ll be keeping an eye out while they’re doing the pile driving for a new dock out there. It will be interesting to see what turns up while watching the waters in Silver Bay for hours at a time.

As the weather has turned with the season, I’ve slowed down on the big year project. I’m still hoping to make it to 1200 (identified to) species for the year, but at just under 1050, that will take some concerted effort with intertidal organisms and or bryophytes and lichens. 1200 total unique taxa is much more achievable, as I’m currently at 1150+.

More generally, I was happy to see the 10th person make it to 100 different species for the year, and we’re up to over 1500 unique taxa (approaching 1400 identified to species) with 58 people contributing observations to the project. I think it’s been a reasonable success.

I took a brief walk late this afternoon in the fading light too see if any different birds might show up (with some small hope of maybe finding the House Finch reported yesterday). No luck, though. 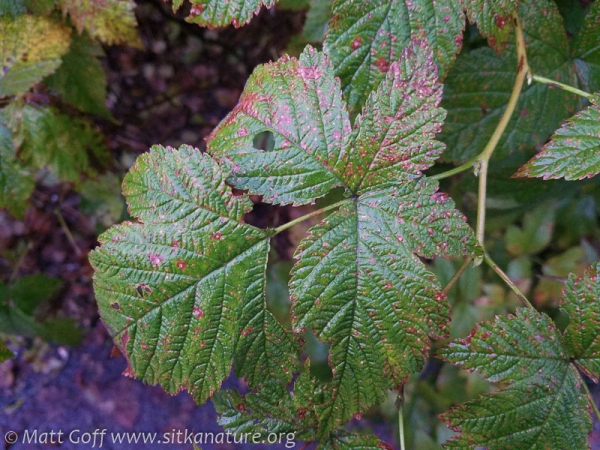 I’m curious about the breakdown of the leaves – are the brown spots from the leaf dying on its own, or where opportunistic fungi come in as the leaf senesces?