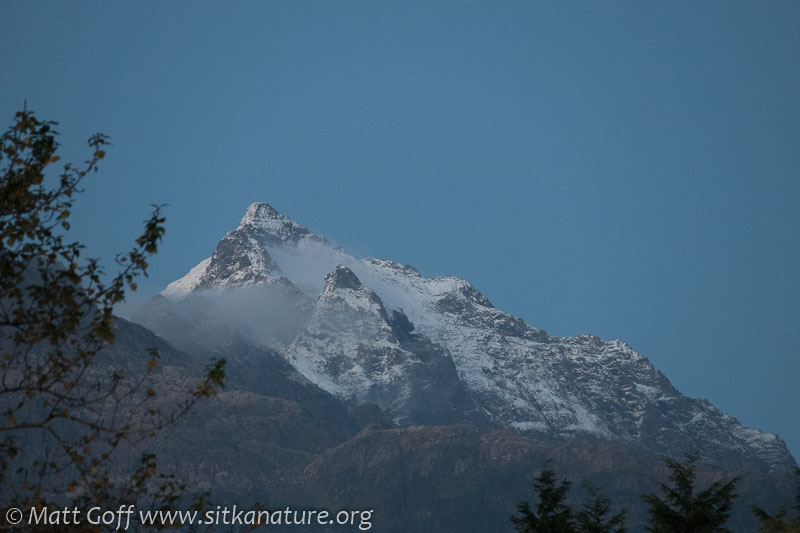 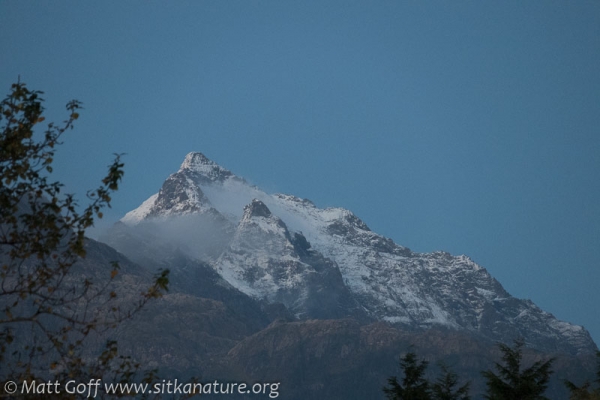 Today offered a brief interlude between rains, with clouds breaking up this morning and partly cloudy skies prevailing.

While checking things out over by the airport after a meeting downtown this morning, I noticed a little bit of fresh snow showing Bear Mountain through a brief break in the clouds. It was hard to say for sure, but I suspect the snow level had dropped to 3500 feet or so. This is the first termination dust I’ve noticed so far this year. It seems a little bit late for that (often I first see it the last week of September), but it’s possible I missed some short-lived new snow previously.

Later this evening just after the sun set, the clouds finally started clearing away from the mountain peaks. The apparent snow line was higher by this time, but it was still nice to see the fresh snow on the rocky ridges.

On a related note, there hasn’t been much clear weather for getting good shots to update my mountain snow minimum photos, so I’m not sure I’ll get any of those this year.

This evening I decided to check where the sun was setting from the bridge. It’s getting close to the time of year when I like to watch for the green flash. There was a bank of clouds on the horizon today, but the sun would have set behind south Kruzof Island anyway. I can’t remember exactly when the sun should start setting far enough to the south to see it drop below the horizon from the bridge, but I’m pretty sure it will be within the next couple of weeks (weather permitting).

There was a report of a White-throated Sparrow over at SEARHC today. First I’ve heard of this fall. 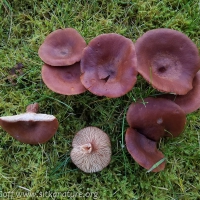 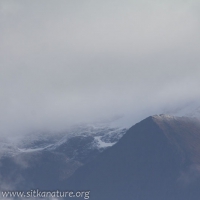 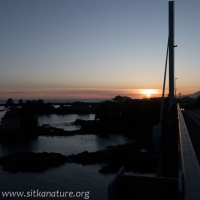 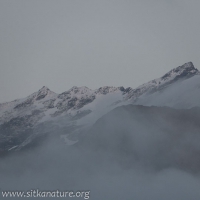 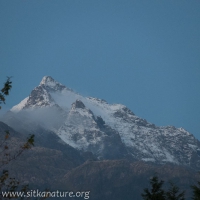