Pictures from a walk to Totem Park.

See Sit Spot Challenge at Kamana.org for more about the challenge. Time of sit: 6:50pm-7:10pm I came back from a walk around Totem Park and decided to sit while the sun was still shining on the front of the house. It was again quiet in the near distance, though I could hear gulls calling from … Read more

Over the past couple of weeks, illness, family, work, and house have to varying degrees made it difficult for me to keep up with my intention to post daily. It’s often the case that I look back on these down times with a certain amount of regret and/or annoyance, since I end up having gaps … Read more 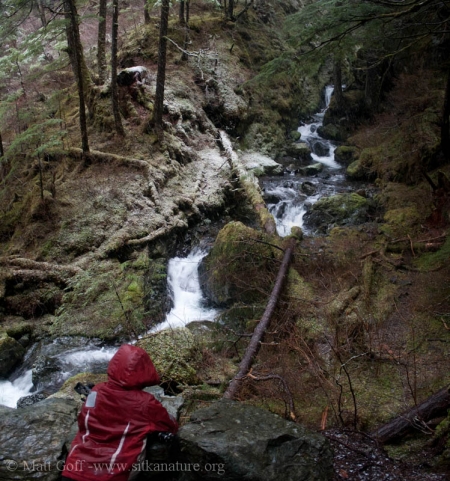