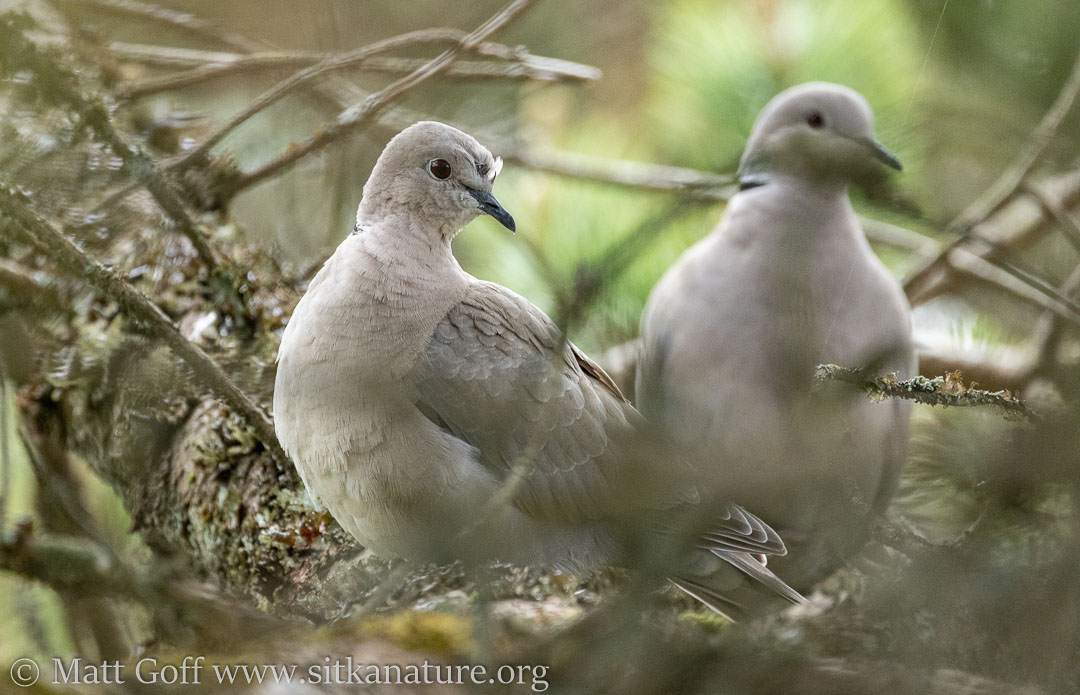 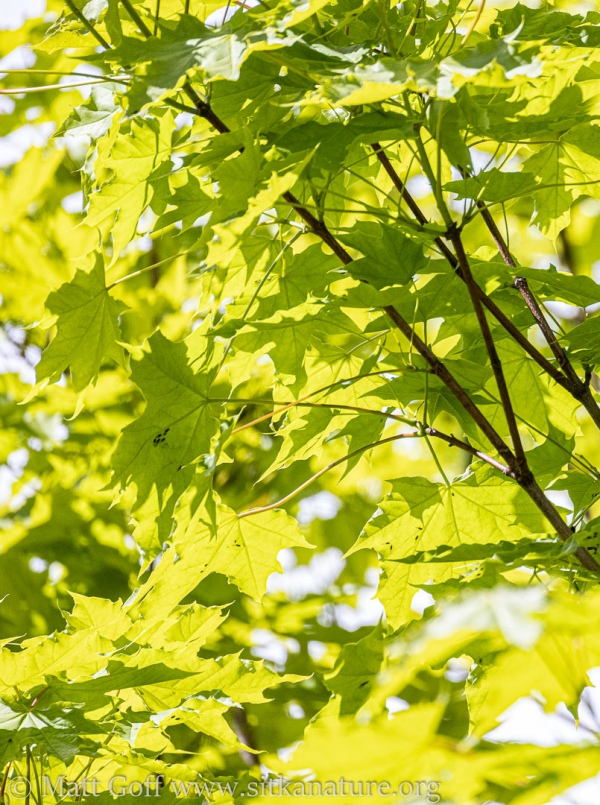 Mostly cloudy becoming partly cloudy and approaching partly sunny as the day went on. Temperatures in the upper 50s. 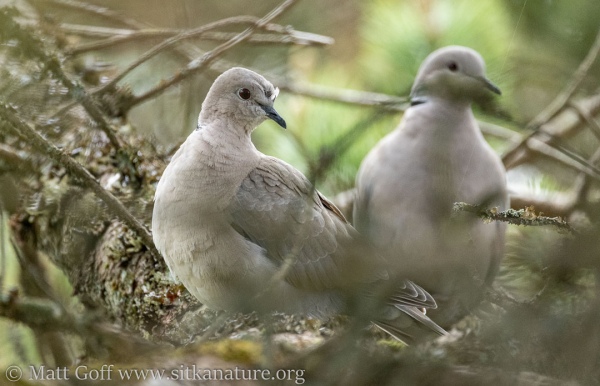 While on a call this morning, I noticed a flash of wings through the window that appeared to be a Eurasian Collared-Dove. I was able to get pictures of a couple in the tree just outside my house (#134). These have become scarce in recent years. I think small numbers arrive each year, but they aren’t persisting (I suspect they’re not well adapted to avoiding goshawks).

I spent a fair chunk of the day processing pictures from yesterday. I’ve trimmed them down from over 1000 to a bit over 300 (only counting a set for stacking as one photo). The high count was due to using high frame rates taking pictures of the bears and herons yesterday evening. Culling goes fairly fast, but the time does add up. 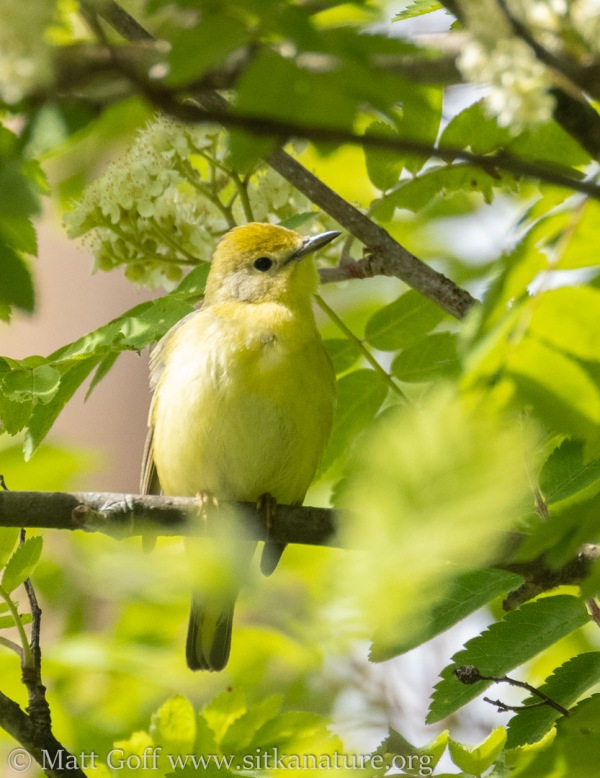 I spent an hour observing birds (ebird checklist) at the Mormon Church parking lot this afternoon. There was a fair amount of activity, including several Yellow Warblers (at least). They were moving around, flying between trees and other vegetation. With all the leaves out, it was not easy to get good looks as they mostly didn’t spend much time out on the edges.

There was a frequently repeating call that seemed a little different to me. I am not entirely sure what it was, but I suspect a fledgling robin. It seemed to stay down in the thickets and did not move much. There was a fair bit of robin activity generally. 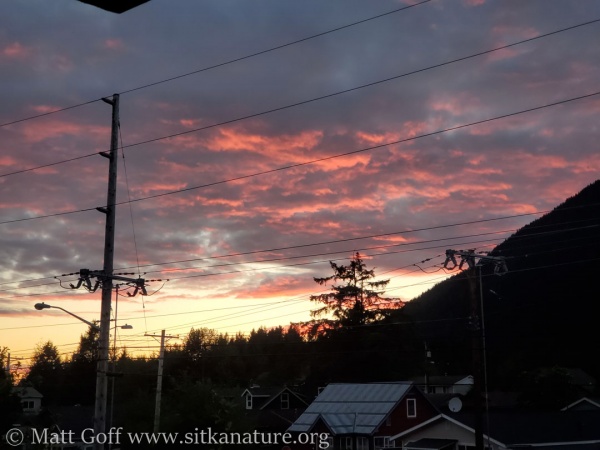 With the forecast for next weekend looking decent, I’m anticipating doing the Breeding Bird Survey on Sunday. With a pre-3am rise time necessary for that effort, I’ve learned from past experience that it’s helpful to be tired enough to fall asleep early the evening before. Given my typical sleep pattern, I’m trying to get started early. When I woke up this morning before 7am, instead of going back to sleep, I tried to stay awake. As a result, I felt tired for much of today, but am hoping a 10pm bed time tonight will help. The downside is that’s not long after sunset, and there won’t be much time for moths to show up at the light. 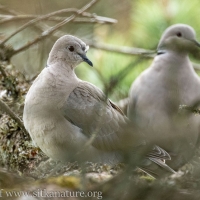 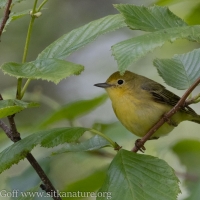 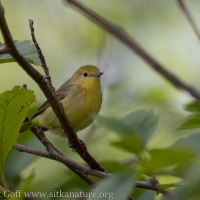 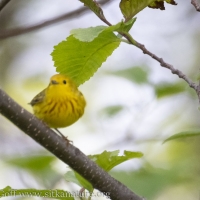 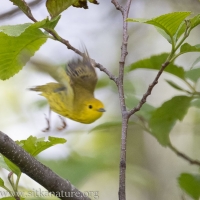 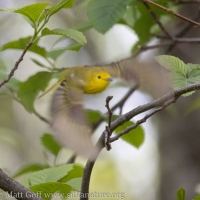 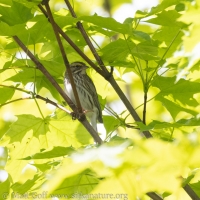 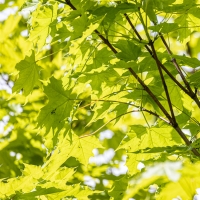 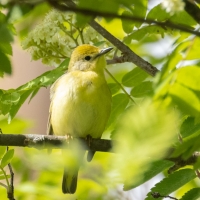 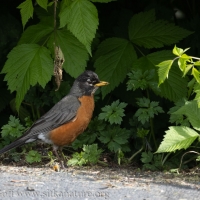 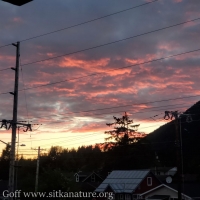