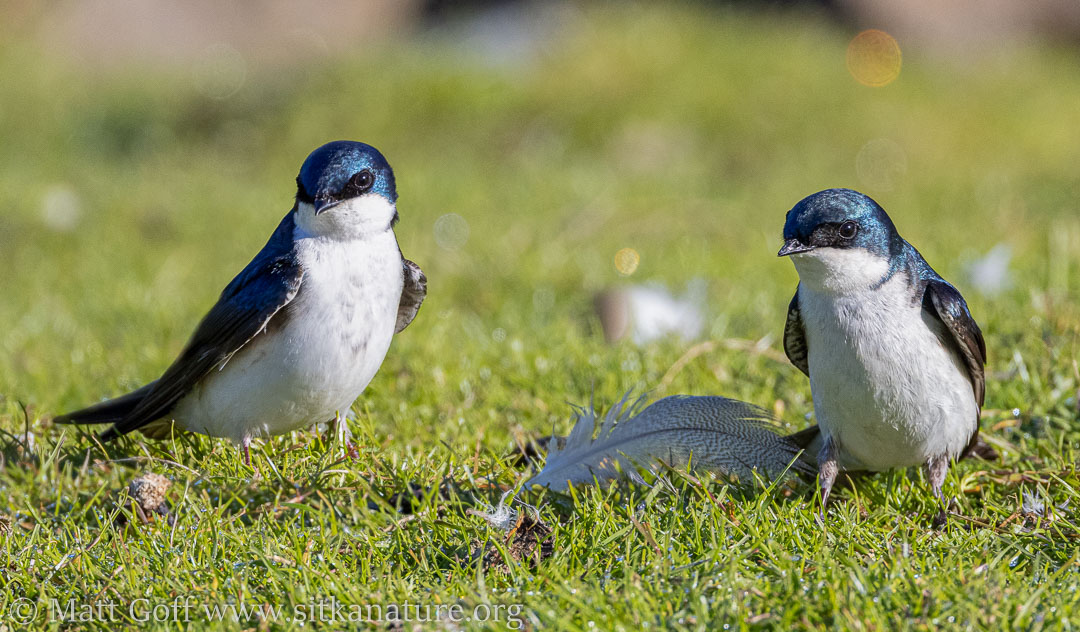 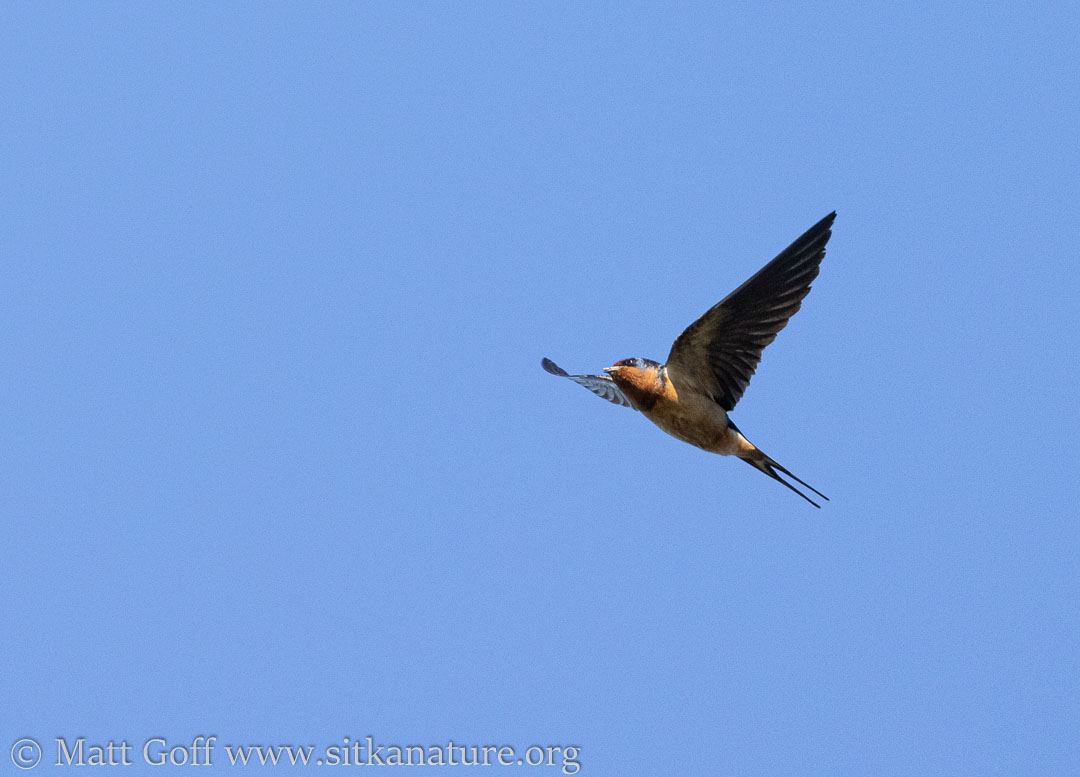 Clear skies prevailed for the first time since April. A few clouds formed as the day went on, but they remained small. A sea breeze (I think) developed in the afternoon. The official high only made it to 59F, but it was in the 60s away from the water. 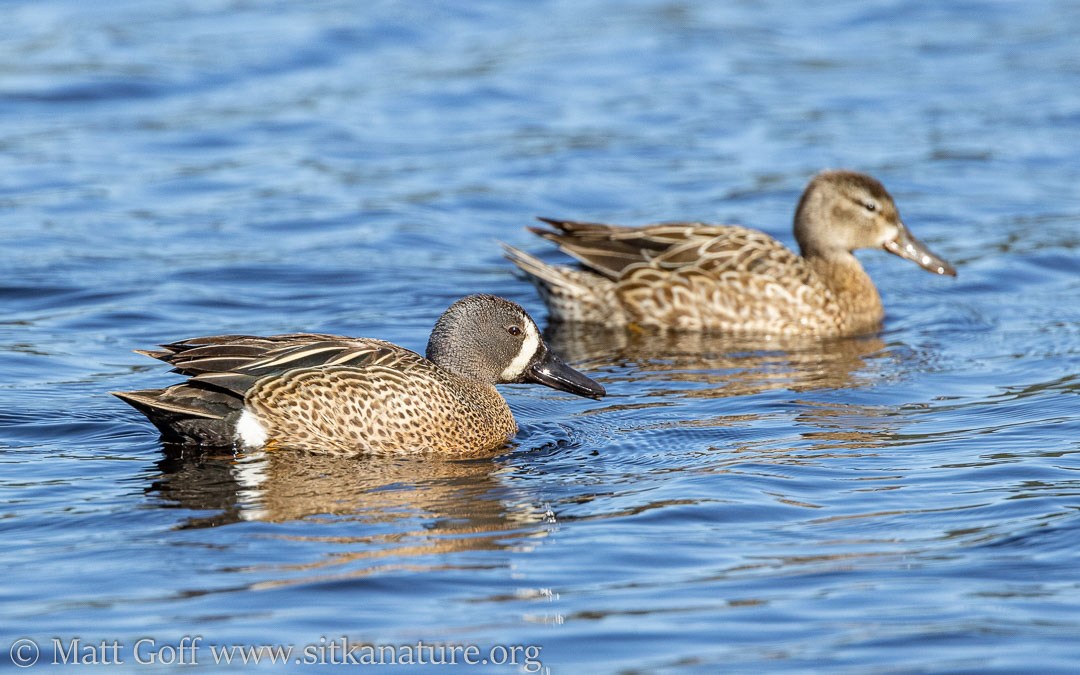 I spent a couple hours at Swan Lake this morning enjoying the sun and seeing what might pop up. It’s easy to feel like I’ve seen what there is to see after 5-10 minutes (or less). However, when I do stay for extended periods, it’s not unusual for me to keep adding species through the duration. In this case, I only saw the pair of Blue-winged Teal after I had been there for more than an hour. Likewise a Barn Swallow.

I spoke briefly with LK who said a different (to her) sounding bird had been singing by the radio station yesterday. Its song had three sets of three notes. I played a recording of a Common Yellowthroat and she thought it could have been one of them. I didn’t hear the song during my time at the lake. 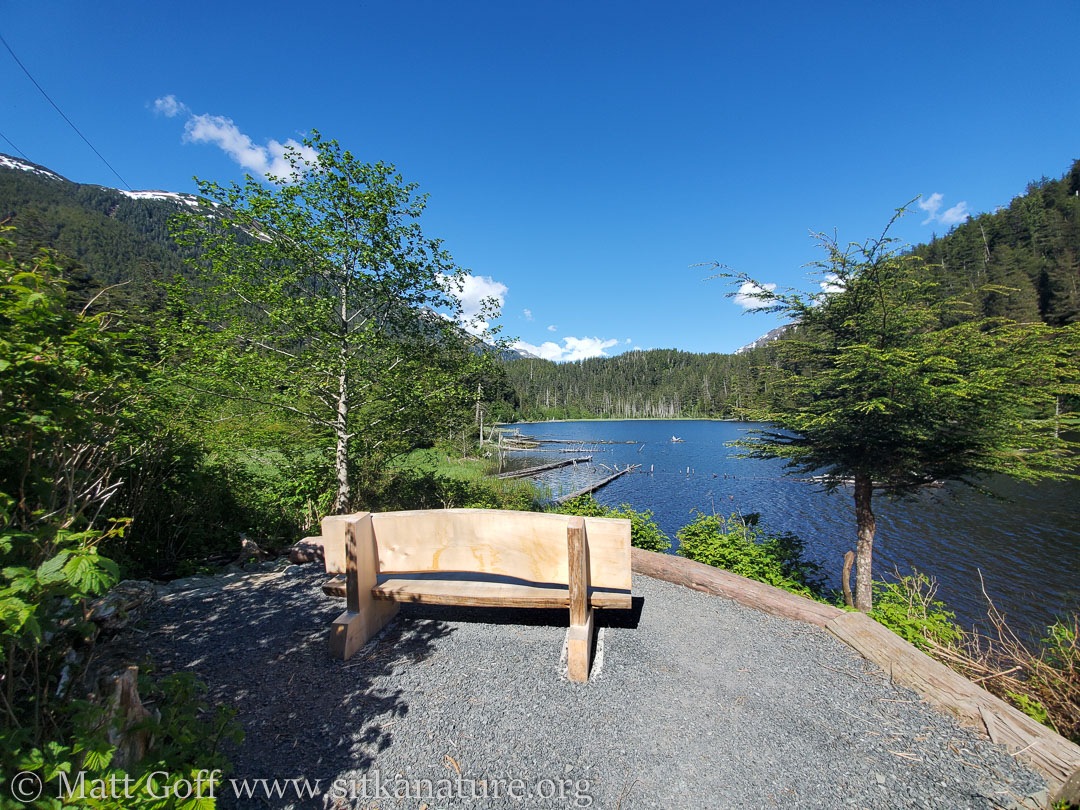 Later this afternoon I went out the road, including a bit of a walk along Sawmill creek road from the smaller pull out towards the industrial park, then up to the Listening Place at Thimbleberry Lake.

A fair breeze was blowing up the lake, but the bench was shelter a bit by the dense salmonberry thickets on either side.

The Hairy Woodpeckers are still in the nest, but sounding much larger than I first noticed them a couple weeks ago.

I managed to stay awake from a bit after 6am this morning. I’ll try to keep pushing my wake time back a bit each morning in anticipation of a very early rise time on Sunday for the breeding bird survey. 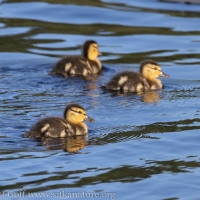 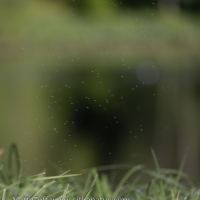 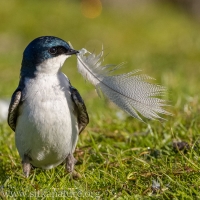 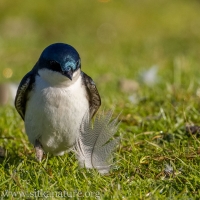 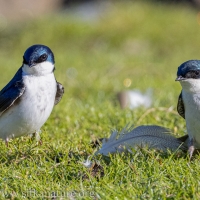 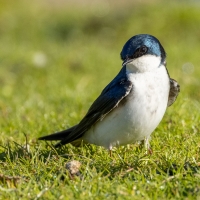 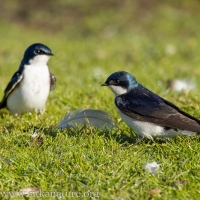 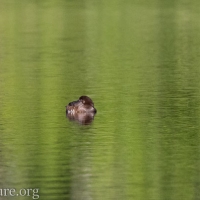 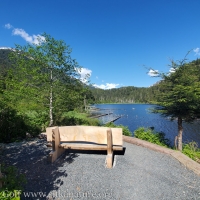 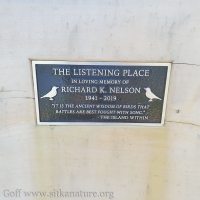 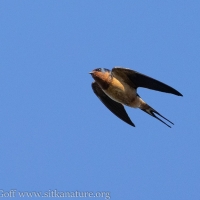 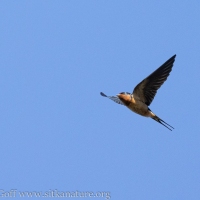 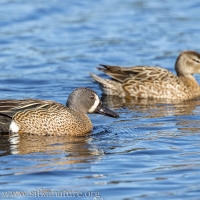 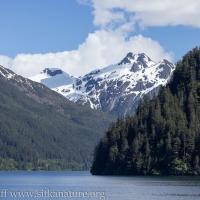 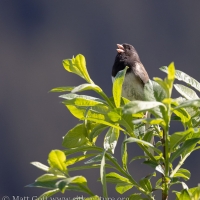 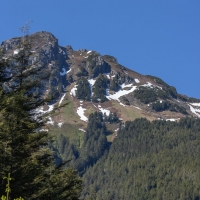