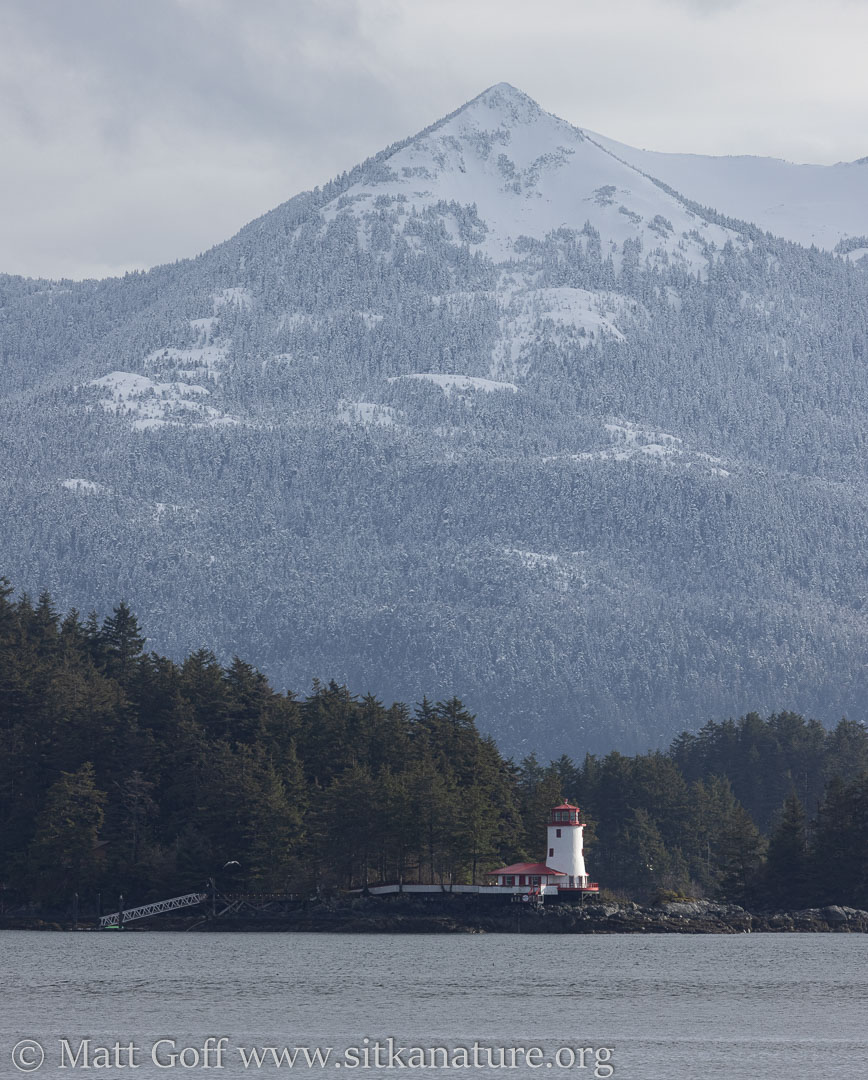 Sunny skies and light winds prevailed today. I think there was some scattered very light snow falling at times (I saw a few pellets when I was out this afternoon).

I did not get out until later this afternoon.

On a first visit to the channel, I had noticed good gull numbers, but quite spread out. Just before I pulled up to the ramp, they started taking off. A float plane was taxiing up the channel, preparing for take off.

I noticed quite a few landing on the the roof of North Pacific Seafoods, so I went over to Katlian Street to look there.

The lighting was not great (a bit too harsh) for good looks, but in the scanning I did, I didn’t see anything unusual.

After a trip to the store, I made another stop at the channel. The gulls were still relatively few in number, but a nice mix of expected duck species (which I hadn’t seen earlier) showed up.

Just after getting home (and just before dinner), I saw someone had posted photos of a Boreal Owl seen along Blue Lake road this afternoon. 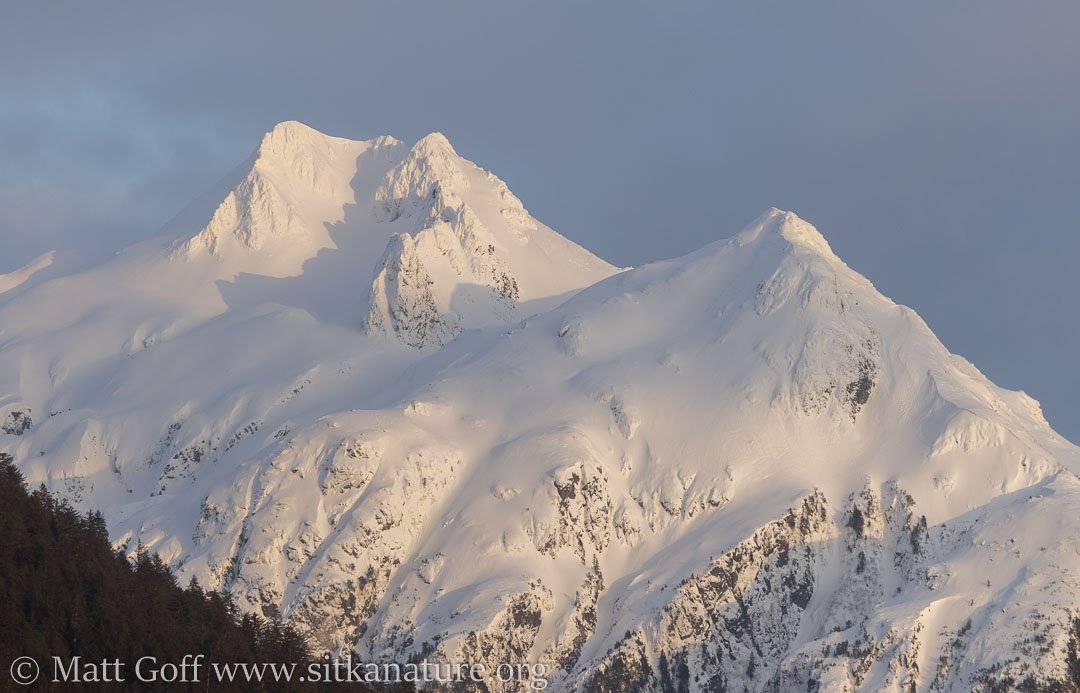 This prompted an after dinner outing. Connor had class, but Rowan decided to go along for the chance to see the owl. 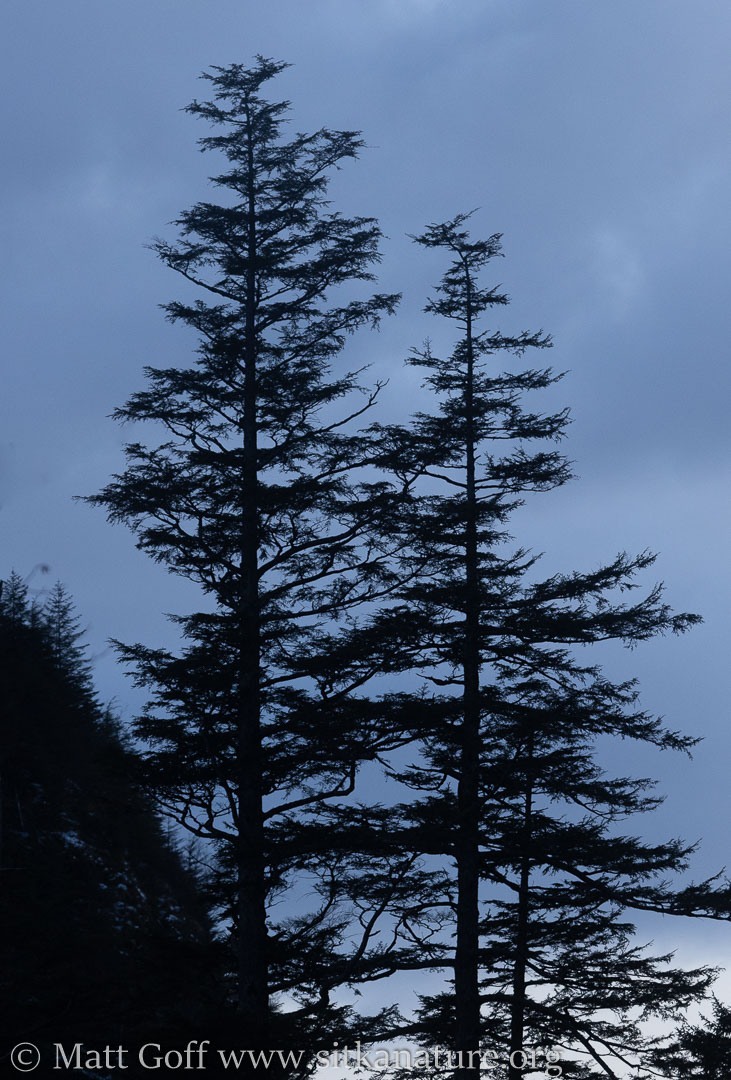 It was a fine walk in fading light, but no sighting of the owl. 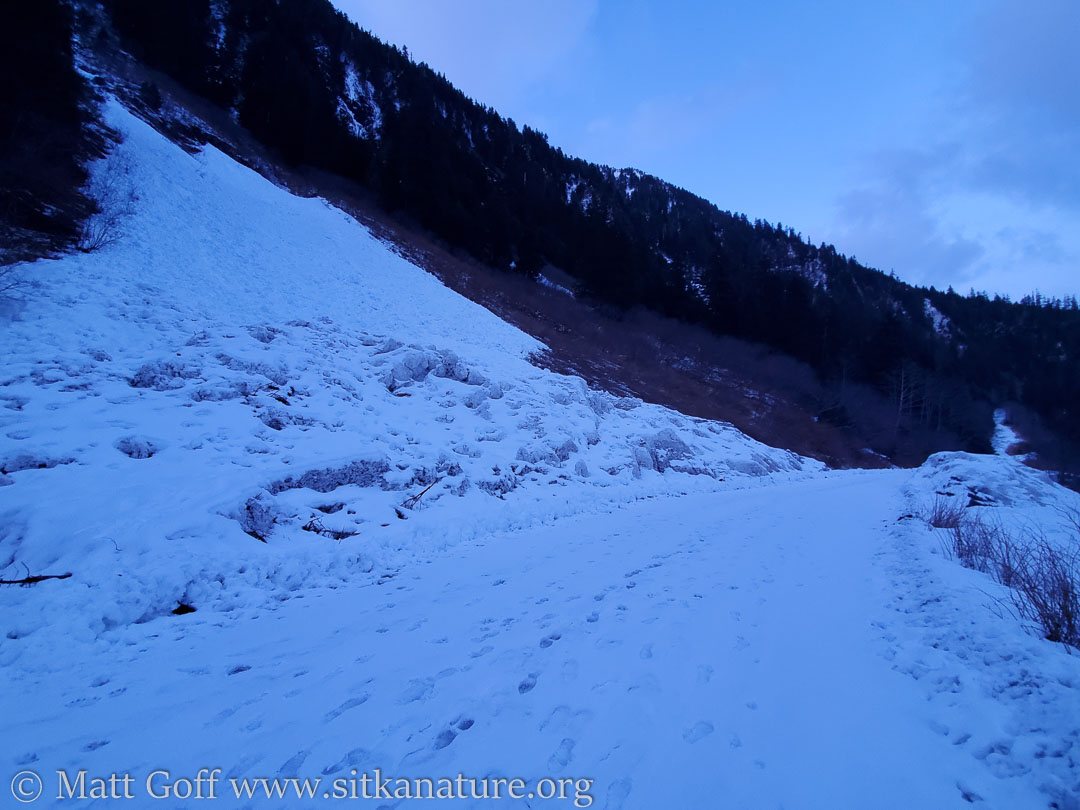 The avalanche tracks were interesting to compare to last year. The first one clearly had much less snow than last year when I was there on April 1st (there’s still time for more to come down, I guess). The lower one looked like the piles of snow were higher beside the road, but there didn’t seem to be much volume upslope.

Walking up the hill felt a little more strenuous than I would like, but unsurprising given the 20lbs stuff I was carrying and the lack of any consistent sustained physical effort which might support an increased level of fitness. 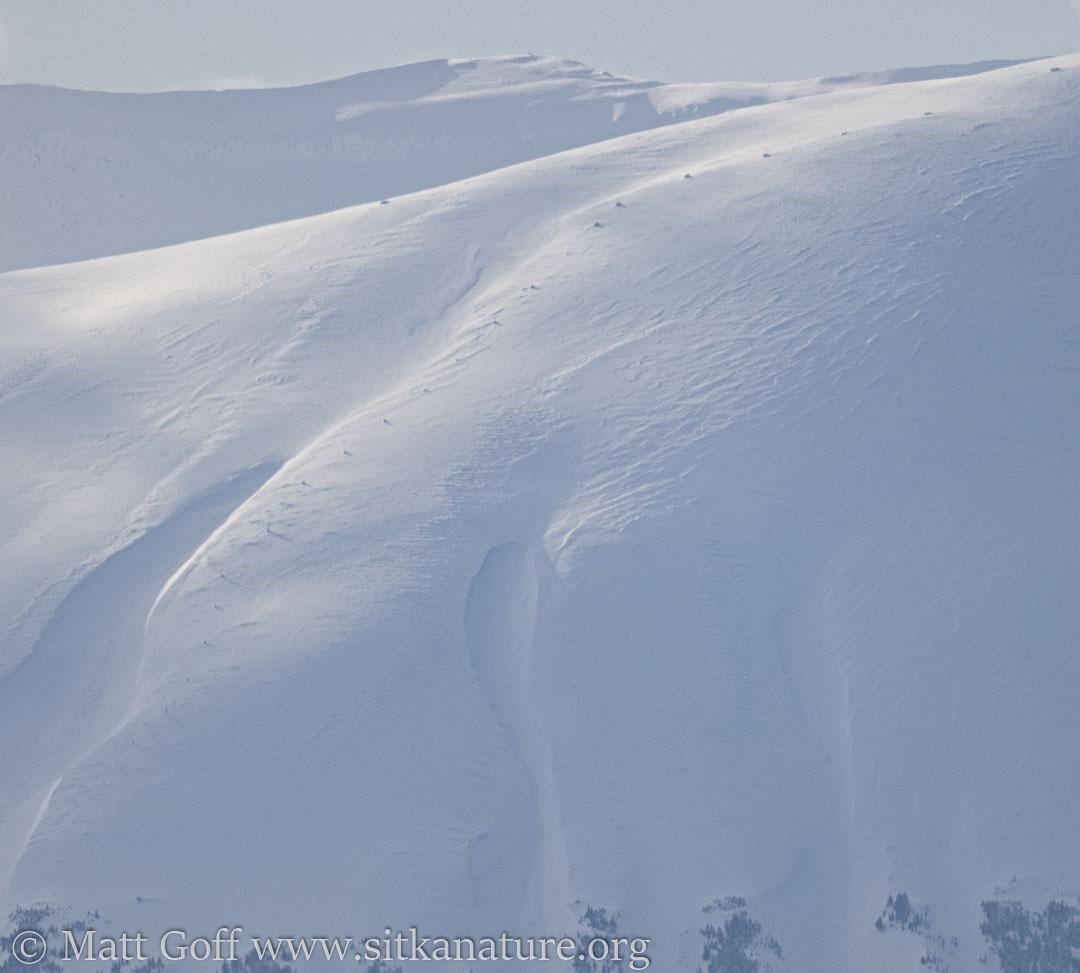 If the posts (intended to assist route-finding up Mt. Edgecumbe during low visibility) sticking above the snow are approximately feet tall, how deep would you estimate the snow is? 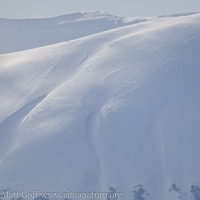 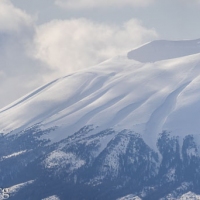 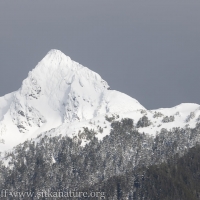 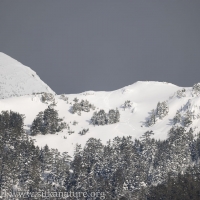 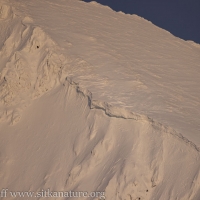 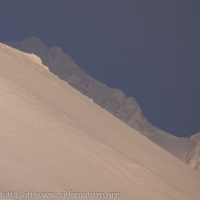 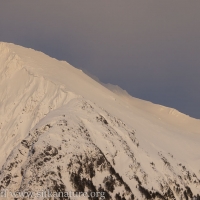 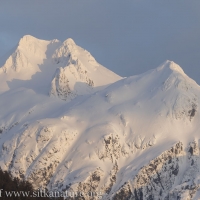 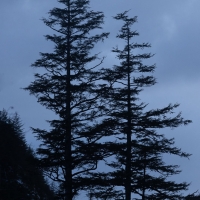 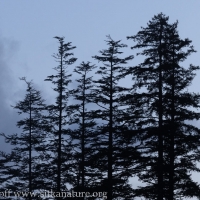 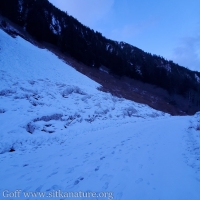 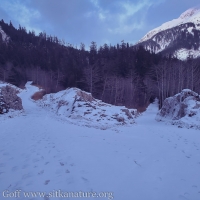