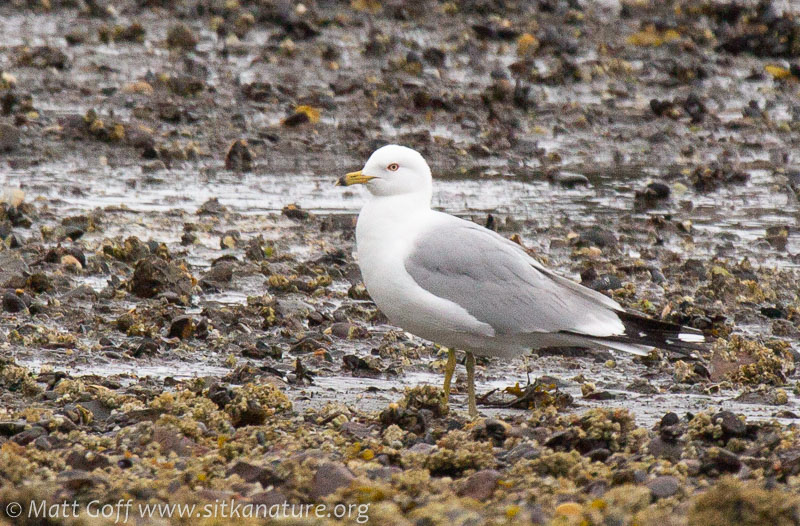 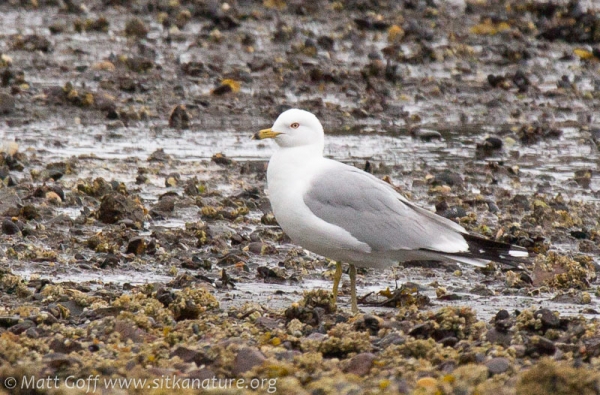 Connor texted me from his paper route to let me know he had found a Ring-billed Gull on the beach near Eagle Way.

My only prior experience with this species was an immature bird I photographed back in 2007 or so, but didn’t figure out the ID for until several years later.

I was able to get a few pictures of his adult bird by itself, and then next to a Mew Gull that landed nearby.

After a bit, the Ring-billed Gull flew off to the west, an disappeared behind the trees at the park.

I decided to go check the Channel and see if it had gone there.

While scanning the channel I noticed a Franklin’s Gull, but not Ring-billed Gull (despite wanting to turn a number of different not-quite-adult gulls into the Ring-billed Gull).

While talking to David K, it sounded like he thought he might have seen a Ring-billed Gull on the flats at the park the evening before, but didn’t feel confident in the call since light was fading and he didn’t get a picture of it.

While at the channel, I got a text from Andrew T. that he had seen 10 Blue-winged Teal at Kalkae Pond (along Indian River road). I made a stop by there in the fading light and found 7 Blue-winged Teal plus a Northern Shoveler and Northern Pintail.

Kalkae Pond is not a place I think of checking much, but it might be worth getting in a routine of walking by there during migration. 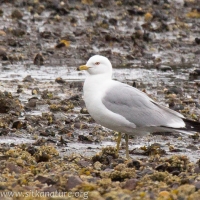 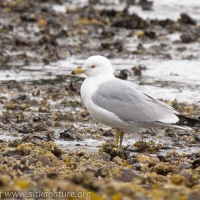 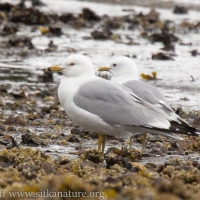 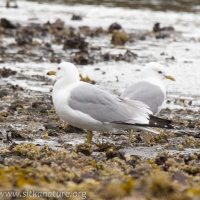 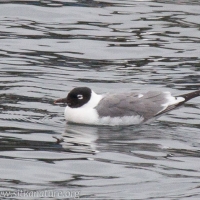 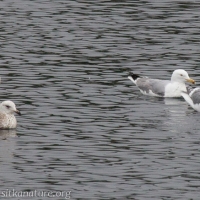 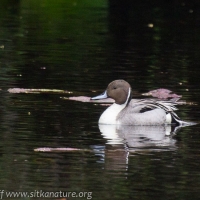