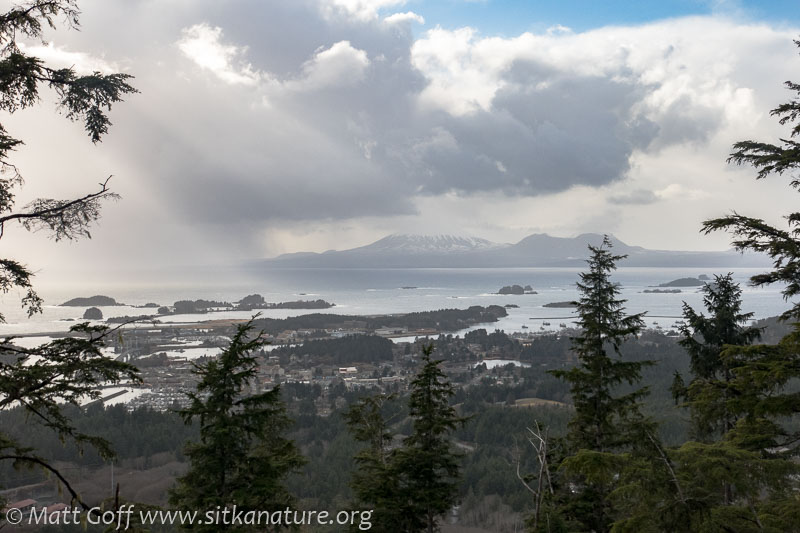 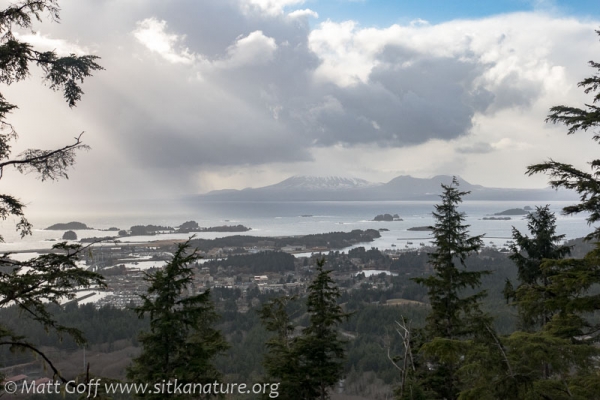 Tuesdays are one of my busier days, and this spring equinox was no exception.

It was interesting to watch the volatile conditions (aka Herring Weather) outside as I participated on conference calls this morning from the sheltered comfort of my house.

Several squalls blew over with graupel and rain. The graupel didn’t last long, so the temperature must not have been too close to freezing, though past experience has taught me that days like today have a chilling bite.

This afternoon I had a window of time and the weather seemed cooperative, so I got inspired to take Rowan on another conditioning walk up Verstovia Trail. (We had skipped yesterday because I was feeling unmotivated to go out in the heavy-ish rain.)

With a target of 20 minutes, for the first time this season, I took the lead. I tried to keep a fairly steady pace, slightly faster on the flatter sections, and slightly slower on the steeper steps. This pattern became more pronounced after the halfway point.

It was rough for both Rowan and I, but Rowan had enough left to push past me in the last 50 feet or so. I was winded and nursing a bit of a stitch in my side, but we bested our Saturday time by just over a minute. I think we’re about ready to go a little further and build up speed at the longer distance rather than pushing for faster times to the 800 ft viewpoint.

Unlike the last couple of trips, there was enough breeze to keep the mosquitoes from flying at the viewpoint, so Rowan wasn’t in quite as much of a hurry to leave. There was enough of a chill that we still didn’t stay long, though.

As it turned out, we timed the weather window pretty well. Graupel started falling as we reached the car.

On the way up I had been puzzled by a fair amount of water running down the very first section of trail. There was no obvious stream overflow, and on the way down I stopped to look a little more carefully. It still wasn’t clear where all the water was coming from, as it seemed to appear about of the moss. Rowan thought it was coming out of the west side of he trail, but I thought it was mostly coming from the east side. It wasn’t all that wet today, so I suspect this was probably groundwater flow from the 1+ inches of rain that had fallen over the past day or so. 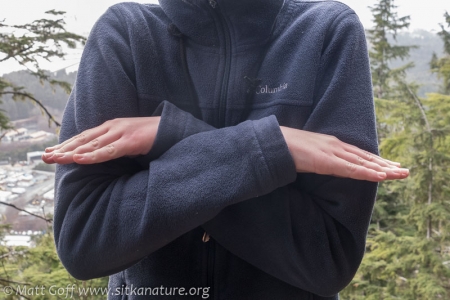 This outing didn’t get a thumbs up from Rowan, but neither did it warrant a thumbs down.