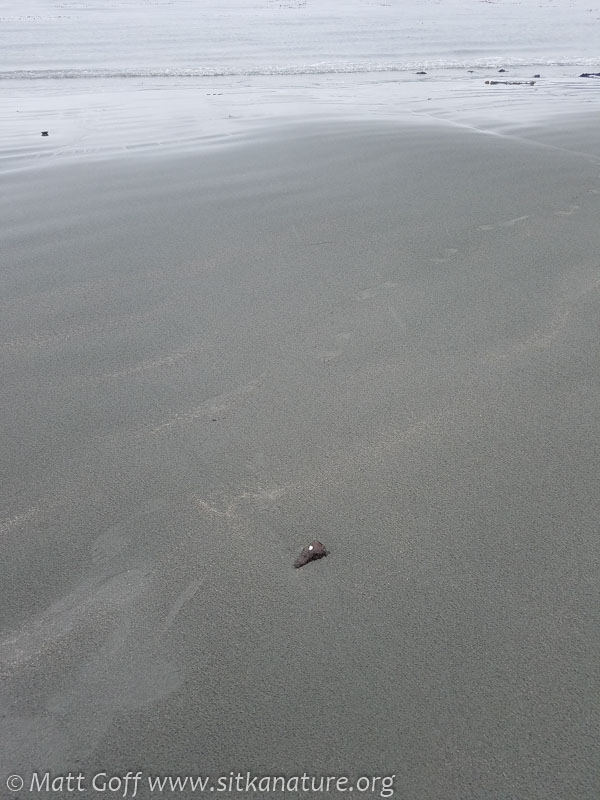 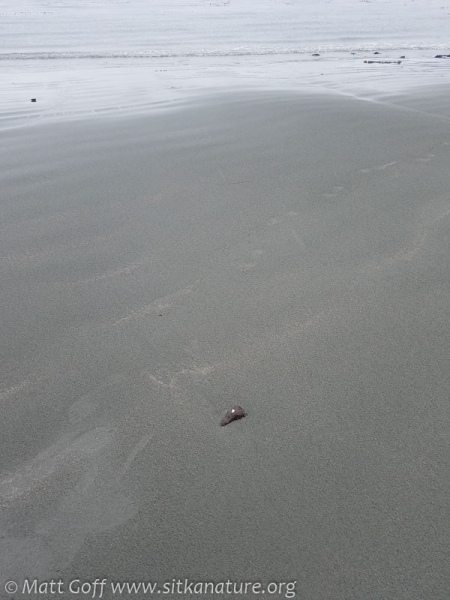 A lone white cap limpet (Acmaea mitra) stood out on a small rock covered dark with algae in the middle of an expanse of sand. While by no means a large sandy beach, I do not think of limpets as wanders of the sand, and it is easy to imagine the several yards between the small rock outpost and its nearest neighbor as formidable a barrier as many square miles of desert migh be to a human.

Perhaps it settled on this rock some months or years ago, scraping algae off the rock, and never venturing more than a few inches from where I found it. Though this sounds confining to me (even as committed a homebody as I am), perhaps this is not so different from the lives of other limpets. I’ve read that some species will return to the exact same spot each tide cycle to wait for a chance to graze under cover water at the next high. I wonder how much space a limpet needs?

Or, maybe this is the adventurous limpet. Perhaps it set off on a journey across the sand, finding this rock where it could rest as it crossed to the other side. Is it the Bilbo Baggins of its kind – heading there and back again?

I can imagine another scenario – where some how this limpet became dislodged from its home rock and pushed too and fro by the waves managed to anchor itself down on this rock, now castaway on a piece of land far from home.

The next time I visit this patch of shore, what will I find (if I even remember to look)? Despite my sense that sandy shores are reasonably stable, I know better. The shifting sands are fickle, and it may be I find no trace of rock or limpet.

I’ve been considering taking some days off from the quest for three new species per day. With 300+ species by the end of March, I’ve accumulated many photos and collections which could use some organizing attention. I know things will start picking up quickly as spring more fully arrives, and without a good system, I know from past experience I will become swamped.

Yesterday’s rain continued into today. I decided that with a -1 ft tide, I would take a look at Magic Island, as the previous low tides I had visited Sage Beach. Chilly rain and a bit of a breeze made conditions a little less than ideal for getting photos, but I did find several things I had not seen yet this year.

It was interesting to note that there were very few gulls in or around the channel, nor could I see any on the park tide flats (when I drove over the bridge) during the low tide this morning. However, there were at least a couple of hundred on the buildings along Katlian Street later in the afternoon during the high tide. It seems likely there has been herring spawning activity somewhere in the area that has drawn the gulls away from town. 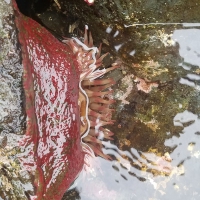 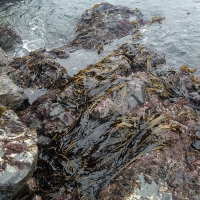 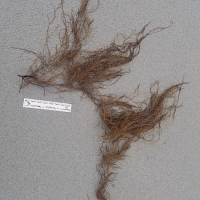 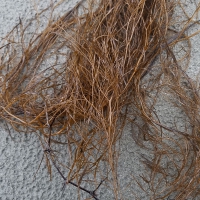 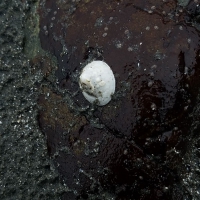 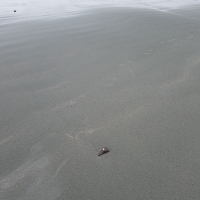