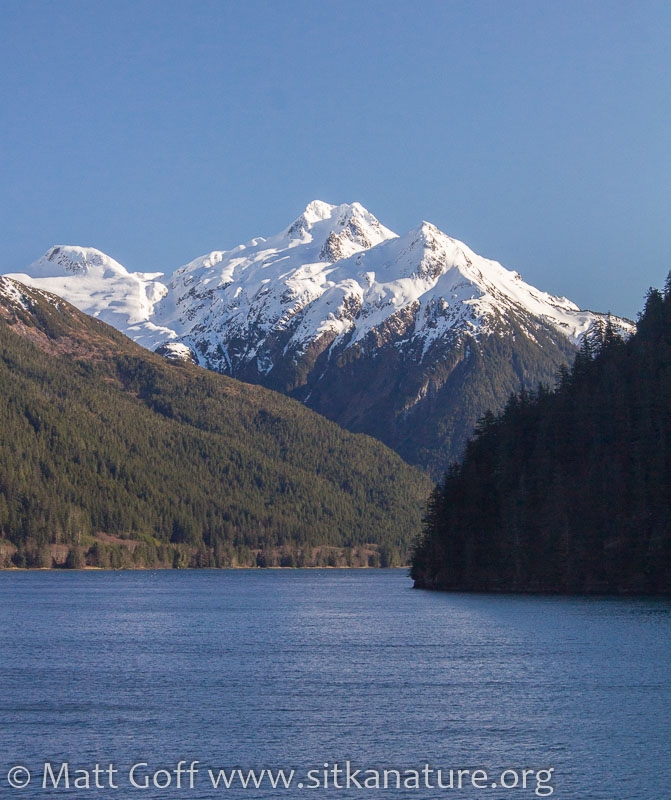 The weather was quite spring-like, with sunny, relatively warm temperatures.

There were quite a few bees buzzing about, though I never got a good look at any of them. There were many blueberry and salmonberry flowers in evidence. If the temperatures don’t drop down in the next month or so, it could be a very early year for some of the berries.

Gusts of wind coming from the direction of Blue Lake lifted yellow clouds of
pollen from the red alders beside the trail above Silver Bay. While trying
(unsuccessfully) for photos of the pollen, I noticed a raven carrying a stick. Perhaps they are getting ready to nest again.

On the walk along the road, I noticed the polished rock above where they had blasted. I had not really thought about how smooth the rock might be below the soil, but the narrow strip that was exposed seemed to show clear signs of the glacial carving that took place here thousands of years ago.

This evening I went out to Whale Park in hopes of catching a green flash. There was a thin layer of clouds sufficient to prevent a flash from showing up. This was probably the last chance until late next fall for a green flash from the road system. The sun’s annual return to the north is taking it behind Kruzof Island (as seen from town).

While out at Whale Park, it was interesting to see a number of ravens circling over the mouth of Silver Bay. 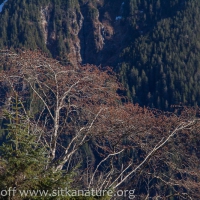 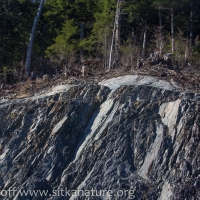 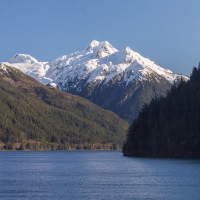 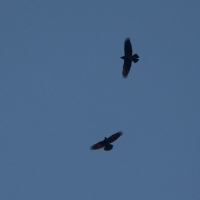 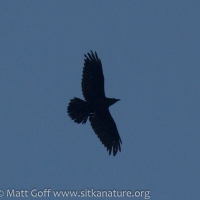 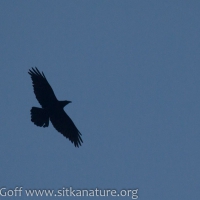 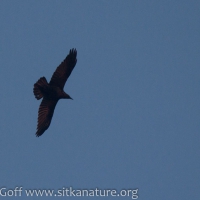 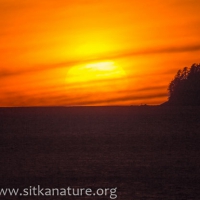 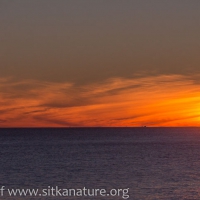