Unlike the past three or four days, the marine stratus layer did not seem to move in over town during the night. I didn’t get an especially early start, but thought it was time to start doing some uphill travelling. I got to the Verstovia trailhead just after 10, and was a little surprised to see that I seemed to be one of the first people on the trail (there was one other guy who had arrived just before I did. I had a couple of hours before I wanted to be back to go play ultimate, and I planned to get to at least the first viewpoint. I wasn’t sure how I would feel, but thought I would like to get up to the second viewpoint to look for the interesting (in the sense of being uncommon around Sitka generally) clubmosses that grow near it, since it had been some time since I last gave them a look.

It took me almost 40 minutes to get to the first viewpoint. In the past, I’ve been able to get there in about 20 minutes at a pace that (at the time) didn’t feel strenuous. It’s only about 0.8 miles, but even at my reduced pace today I was breathing hard and had sweat dripping off my brow. I paused for a time to enjoy the view before continuing up. It’s only an additional 0.4 miles to the second viewpoint (though there are much larger steps in this section), and I figured it would take much less time going down. Along this section I stopped to record some Townsend’s Warblers that were singing. I think I even noticed one of the changing song variations to match a neighboring singer (I don’t think I got that recorded, however). Around this time I got a call that turned out to be the monthly survey from the US Census that my address (and hence, me) was selected for, so that cut short my recording session.

As I neared the last bit before the second viewpoint, I heard what I thought might have been a Red-tailed Hawk, though I never saw it. At the second viewpoint, there was a Hermit Thrush singing nearby. I set the recorder down in a place where the light breeze was less noticeable and left it going. I’m not sure (as of this writing) how the recording turned out, but hopefully it’s a decent one. It was interesting to see the marine stratus layer hanging out off-shore and partially wrapped around the slopes of Mt. Edgecumbe.

I checked out the ground cedar (Diphasiastrum complanatum) and alpine clubmoss (Diphasiastrum alpinum) and noticed several young cedar trees also growing in the same little area between rock outcrops. There was more of the ground cedar than I remember noticing before, and I’m not sure whether that was due to poor memory, poor observation previously, or an increased number of plants.

On the way down I passed several groups of people who were heading up, I guess people like to start closer to 11am or noon on a Sunday (or at least this Sunday). It took me about 26 minutes to get down.

Although I was a bit late to ultimate, there was a good turnout. There was a slight breeze blowing out of the west. I think it might have picked up later in the afternoon, since while I was working on getting the last of my strawberry order planted, it was fairly breezy out (though not nearly so much as it had been on some of the prior days of this weather pattern).

During my time outside I didn’t notice the Tree Swallows doing anything at the nestbox. It made me wonder if they had abandoned it, or if maybe they’re done building the nest and the female just isn’t quite ready to lay eggs yet. I guess time will tell. 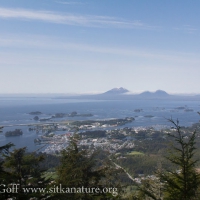 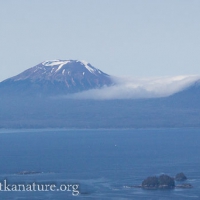 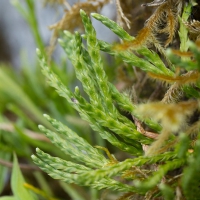 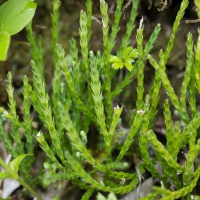 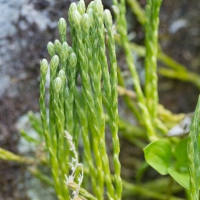 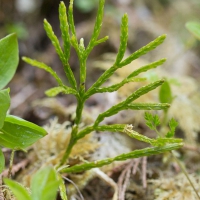 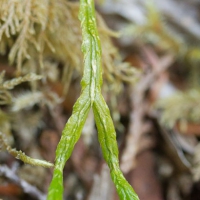