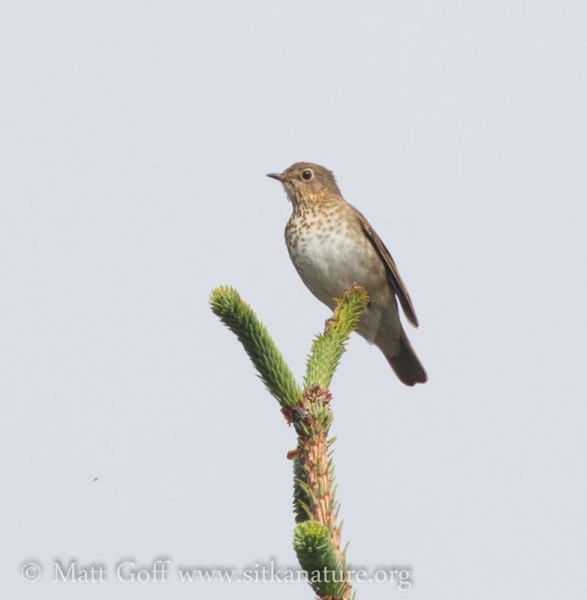 A Swainson’s Thrush started singing in the yard recently. I first heard it last night, and it stopped by again this afternoon and at dusk

Clouds and rain gave way to partly cloudy skies by late morning. After taking care of some moths from overnight, I spent a bit of time working on pictures, and then decided to go outside and do a little work in the yard.

Salmonberries have an impressive ability to send root runners all over the place. I don’t really want a large salmonberry patch in my yard, so I invested a little energy in trimming them back and pulling up some of the roots. I had heard stories from my dad of the work he did clearing salmonberries for his garden some years ago, but today was the first time I experienced for myself the somewhat satisfying zip of the runner coming through the dirt as I pulled it up.

In addition to the salmonberries, I did a little more pruning on the shore pines. After stepping on a nail demotivated me a bit, I turned my attention more toward the short pine that has an impressive load of epiphytes. A few days ago I had trimmed off several branches and left them in a pile for future perusal. Today I decided to sort through the pile and trim up the branches that had interesting stuff on them. While going through this process, I noticed some interesting (to me) things that will feature in the photos below (once I get them processed) and in future weblog posts, as I work to better understand what I observed. It was also interesting to see the diversity of lichens and bryophytes. I’m guessing there were probably 15-20 species all together. I’m hoping to go through them more carefully and see. 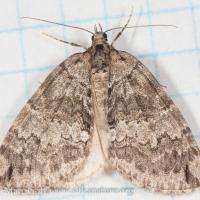 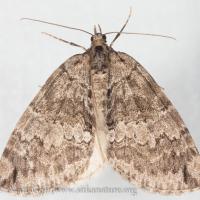 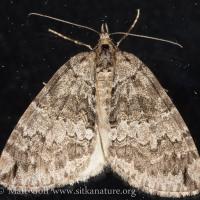 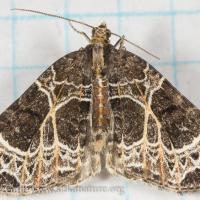 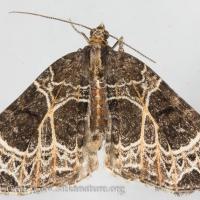 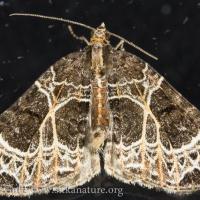 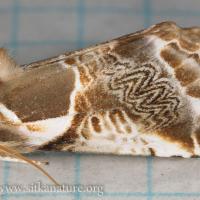 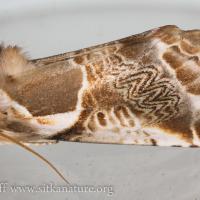 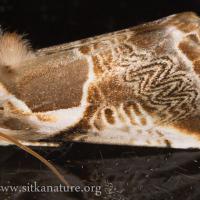 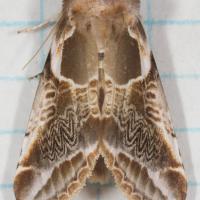 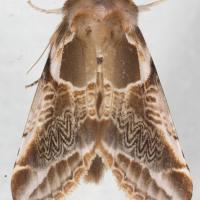 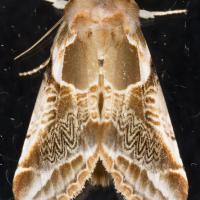 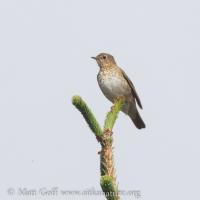