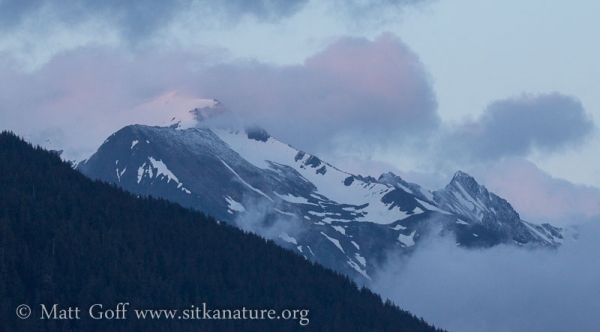 In the first week of June this year, the snow level dropped down to around 3000 feet one night. Until the heavy low overcast started breaking up in the evening, it was difficult to see the snow on the mountains, but it’s possible to see remnants of it on the upper slopes of Bear Mountain. June snow in the mountains is certainly not unprecedented, though it tends to be uncommon, and in this year of early melting, it stood out more than it might have otherwise. This year it occurred to me that I don’t really consider such snow termination dust (marking the end of summer) like I do when it occurs in September.