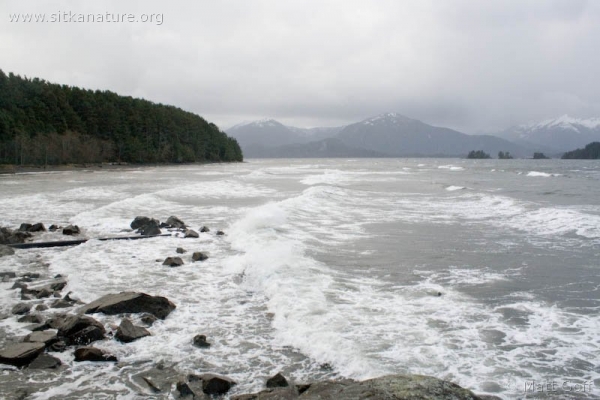 The the last couple of weeks have seen quite a bit of stormy weather around Sitka. Saturday had the highest winds of the fall storm season so far with sustained winds over 30mph and gusts up to near 60mph.

Winds were out of the West-Southwest, pushing the waves through Middle Channel to crash against the south end of the runway. While on a brief walk Saturday morning, I could see the waves splashing up above the level of the runway, and I heard later that at least one flight was canceled due to boulders which had been thrown up on the runway. 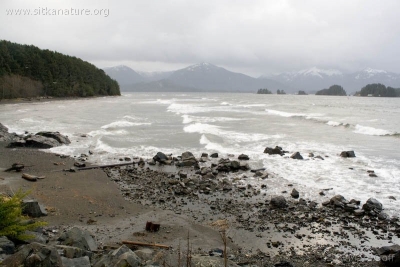