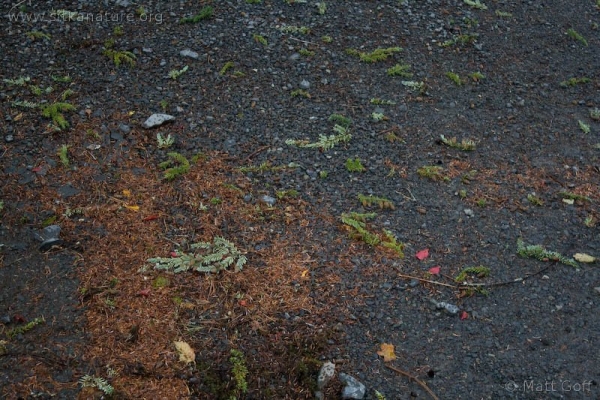 On a small island of trees at the bottom of the street we live on, there’s been a squirrel that Connor and Rowan have been paying some attention to. Though I am unsure of their reasoning, they have taken to calling it Hola, and most times we walk by, one of them will point him out. (I am not convinced it’s a male squirrel, but I’ll go with their thinking regarding its gender until there’s evidence otherwise.) 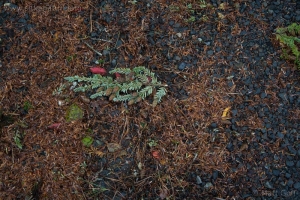 The other day we were walking past the island and I noticed a lot of little hemlock branches on the ground. Upon pausing to consider how they came to be there, another one dropped a short distance from me. I looked up and saw Hola working at trimming the ends of branches. All the trimmed branches had cones on them, a fact which I hadn’t really noticed before.

Connor and Rowan seemed to be unsurprised by this behavior, and proceeded to show me a hole where Hola would go at times. Connor believed this hole to be Hola’s home, and he showed me where he had made an effort to help Hola with his work by putting branches at the entrance. 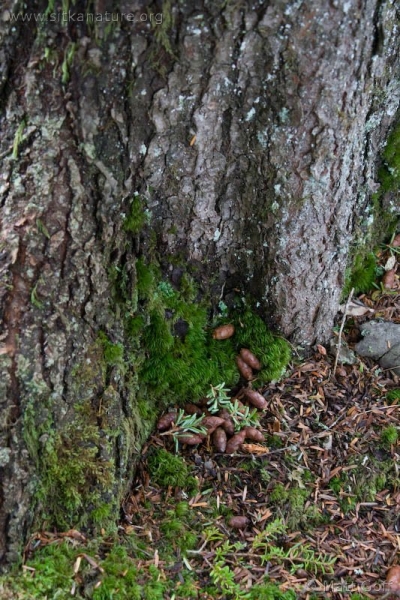 The next day Connor and Rowan were playing down on the island and I asked them about Hola’s activities while I waited for someone to stop by with a delivery. They told me that Hola had been gathering the trimmed branches and piling them at the bases of several trees. I guess that would make them more convenient for grabbing and eating from a favored branch, but the issue of convenience brings up the question of why he’s trimming the branches in the first place. He could just grab the cones from the branches as he wants.

I can think of a couple of reasons Hola harvests the cones in the way he does. The branches ends where the cones are located are quite flexible, and it seems unlikely that he would be able to hold on and eat while out there. That would require a trip to the end to grab a cone, followed by a retreat back to a steady location for eating. This seems like an inefficient process for getting food. Another reason might be that the cones will continue to mature if they remain on the tree. Sometime this winter when conditions are right, they will open up and release their seeds to the wind. Once trimmed, it seems the cones are much more likely to remain closed, leaving the seeds available for Hola to eat. One thing I wonder about though is the quantity of cones harvested. So far it does not look like very many cones have been collected. I would think only enough to last a few weeks, but not the whole winter. Perhaps some are being moved to locations where they are not so visible. I will try to pay attention over the coming weeks and months to see whether Hola continues to harvest and use cones in this way. 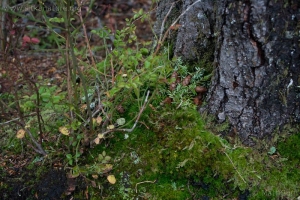