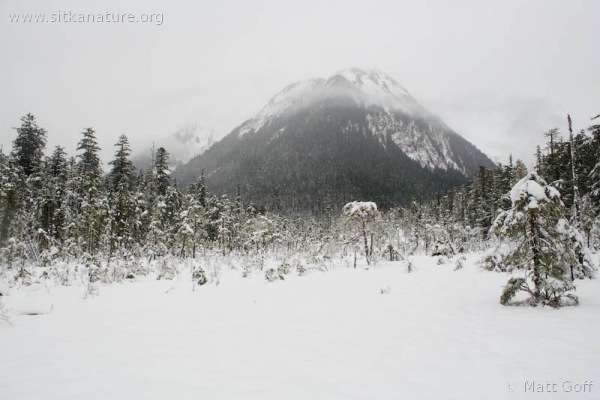 I had heard this year was going to be an El Nino year, which seems to correspond to relatively mild winters in Sitka, so it was interesting to see winter season getting started relatively early this year, with snow beginning to fall last week. In fact, there is an El Nino developing in equatorial Pacific Ocean, but apparently in the Pacific Northwest, at least, El Nino impacts tend to be strongest later in winter.

I had ibuttons I wanted to place for a project on temperature variation I’m working on, so I took a couple of hours to hike up Indian River. There was not too much snow in the woods, but in the openings it was at least a foot deep. Temperatures are supposed to rise into the 40s this week, so the snow may not last long, however.

It was pretty quiet overall, but I did hear some Ravens and Golden-crowned Kinglets. I also saw a couple of Brown Creepers and a Varied Thrush. Lots of deer tracks, but I did not see any deer. 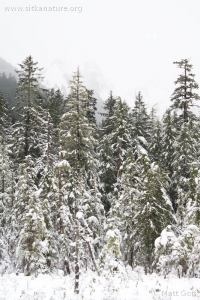