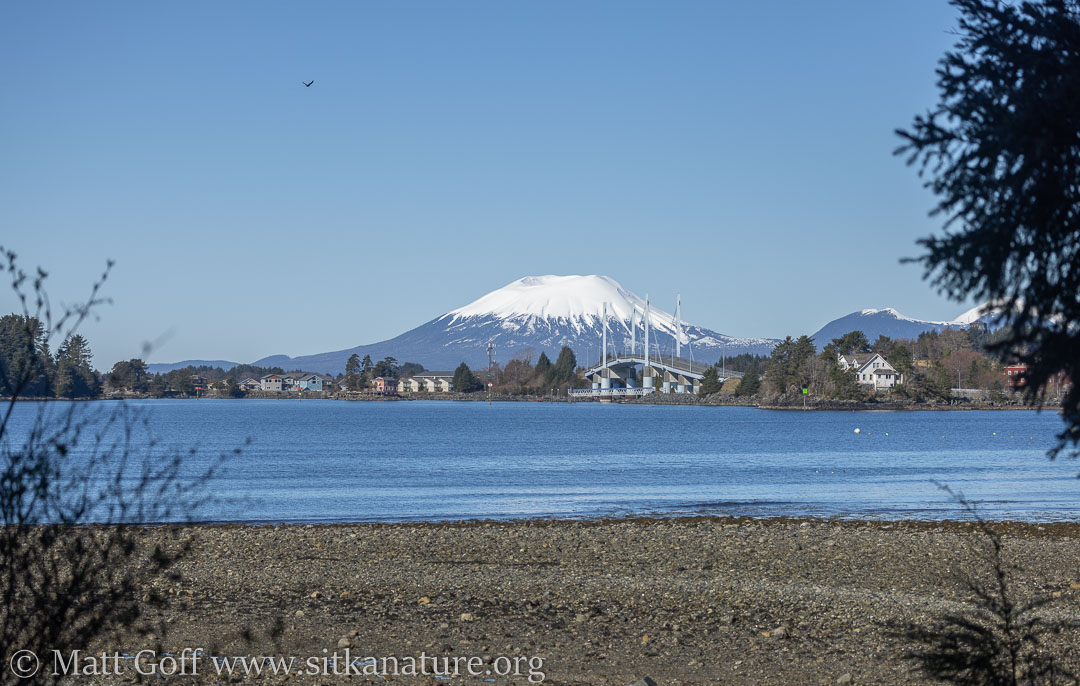 
It looks like today’s high was 52F, so the streak of days less than 51F ends at 158, just one day shy of tying for 5th longest. (As an aside, I had completely forgotten that I wrote up something about these sort of streaks last year as we were approaching a record late date for the first 50F day. I was reminded when I saw the post show up in the “On this Day in…” list today.)

The sun felt warm, but anywhere there was a breeze, it still felt chilly.

I started with a walk around the park. I hoped to see the Northern Pintails that had been reported in town (though I wasn’t sure if that’s where they were seen).

Plenty of Mallards, but I didn’t see any other dabbling ducks.


A Greater Yellowlegs was working the edge of the river in the estuary.
I saw a Downy Woodpecker in an alder along Jeff Davis street. That was a new one for me this year.

I checked Swan Lake, but some folks were talking on the peninsula, so there wasn’t much nearby.

This sign is where the route up to Bear Lake begins and marked the turnaround point for this day's walk.


Kitty and I walked two and a half miles out Green Lake Road and back. The salmonberries aren’t much further along than when I was there a few days ago. Perhaps next weekend would be a good time to check back and see if there are more flowers with hummingbirds visiting.

Although it was quite chilly in the shade, once we made it far enough around to be in the sun, it felt pleasantly warm.

I also saw a report of a mystery bird up by Blue Lake. If I had seen it soon enough, I probably would have suggested we walk up there instead.

This yellowjacket (Vespula acadica) seemed interested in a glass that held a sweet drink.


While enjoying the sun on the porch at the Beak, a yellowjacket flew up to check some things out. I was able to get some pictures, and I’m pretty sure it’s a forest yellowjacket. It’s a species I’ve photographed twice before, the last time was in 2009. (This makes me wonder what the longest gap between sightings of a particular species is for me. At 13 years, this one would probably be in the running.)

We went out to Starrigavan and I showed Kitty the Neckera menziesii, but didn’t take any pictures while I was there (except for the moon).

Turnout at ultimate was pretty good this evening. We even played seven on seven for a while. We were able to see the sun dropping behind the camelback/crater rim while we played, and it wasn’t completely dark even as we were wrapping up around 9pm.