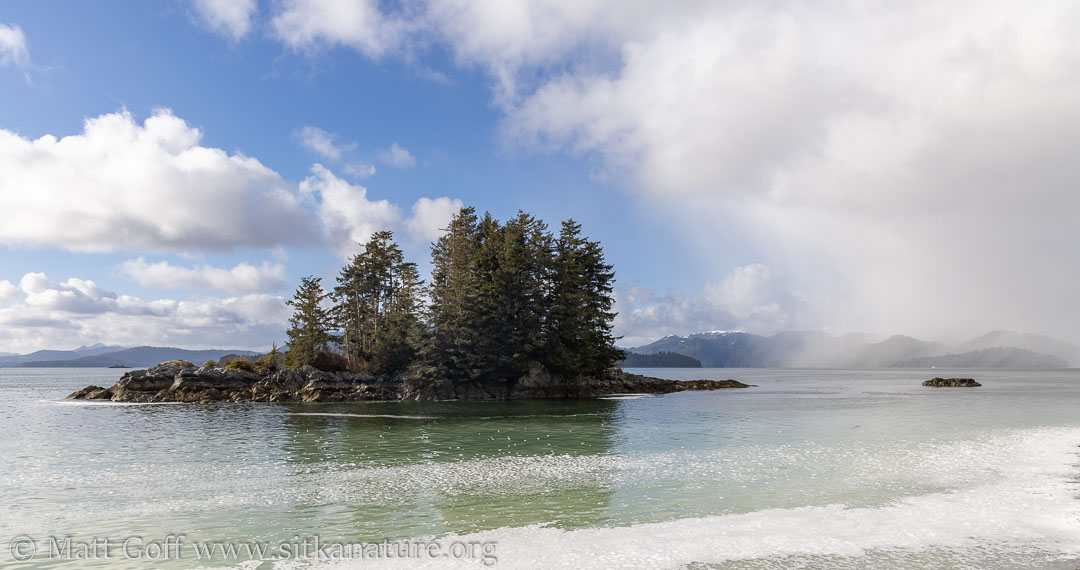 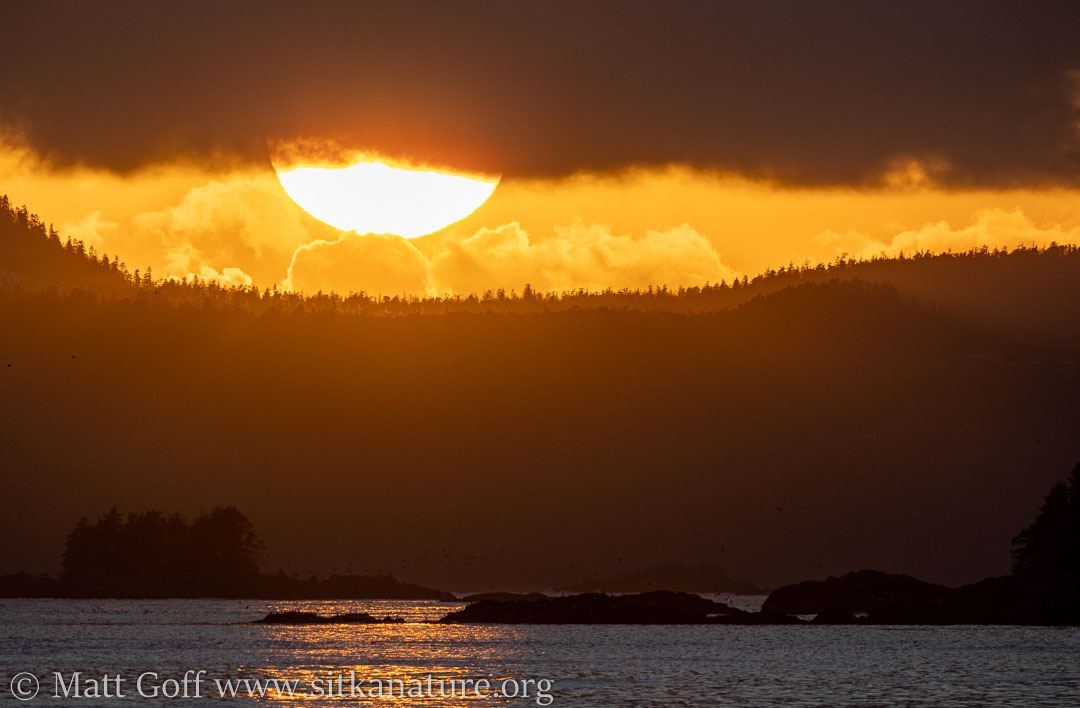 A fair amount of snow accumulated overnight. I woke to see snow falling and covering the trees, then woke again later to see the white branches against blue sky.

So it went through the day, snow showers interspersed with sunny breaks.

I had calls this morning, and by the time I got out this afternoon, much of the accumulated snow had melted. Exceptions included where it had been piled up by snow plows. The nice thing about snow this time of year is the sun has enough intensity to melt it and dry the ground fairly fast.

I was hoping to get pictures of Verstovia with snow, but while I was out this afternoon, clouds hung over the peak. 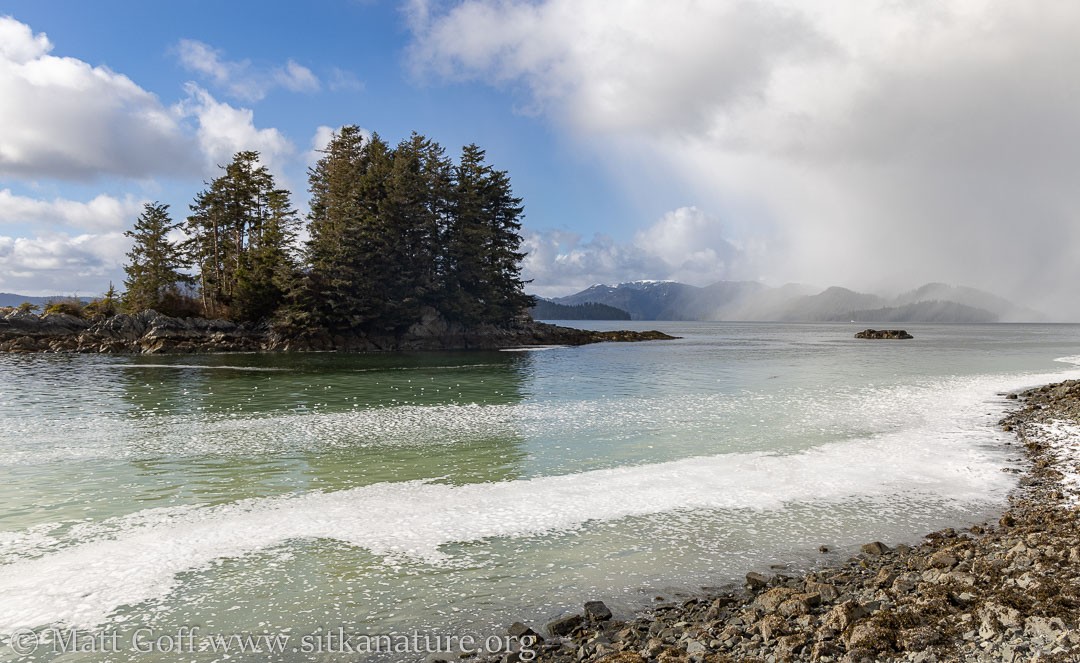 I did drive out to Starrigavan to take a look, and saw evidence of herring spawn scattered from at least Sea Mart to Halibut Point Marine. There was a snow shower with limited visibility, so I wasn’t sure beyond Harbor Point, but I think they weren’t spawning there.

There was a big difference in activity between Starrigavan and Totem Park, just a few birds were at Starrigavan, and many ducks, gulls, and shorebirds were on the flats and along the shore at Totem Park.

I walked around the flats and didn’t see the Greater Yellowlegs that was reported yesterday (and seen by others this morning).

Many diving ducks were just offshore, and perhaps even more dabbling ducks in the shallows. Most of these were Mallards, but there were at least 14 Northern Pintails, quite a few more than I saw yesterday. 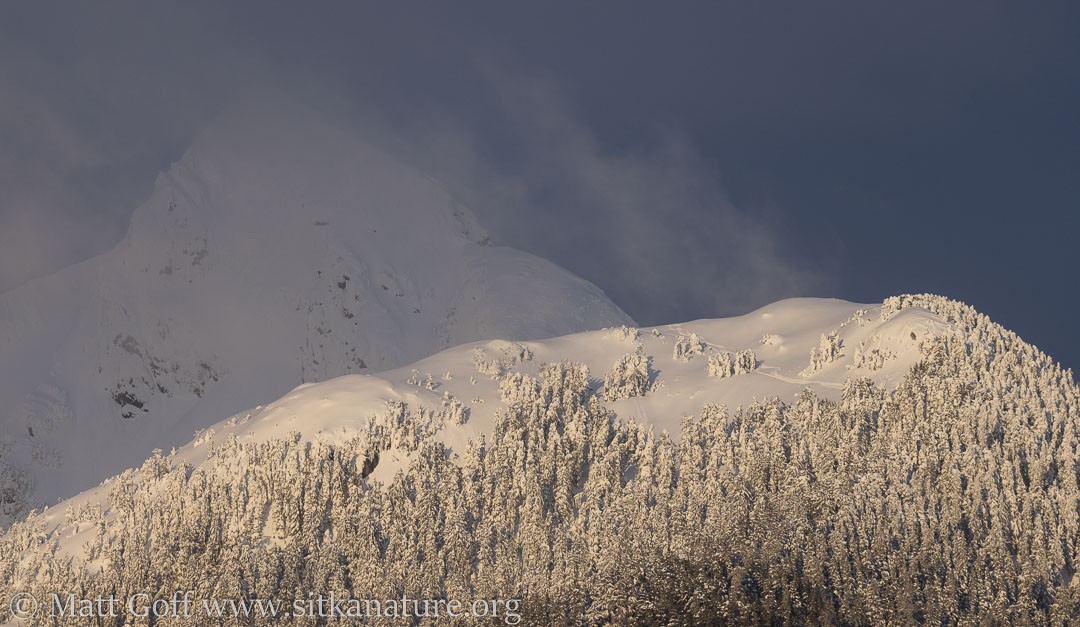 The clouds did lift this evening, so I headed out again and got my pictures of Verstovia.

It turned out to be very nice light, and I drove out to sandy beach before stopping at Sea Mart to take pictures of the sunset.

Although the sun did feel warm today, the air most decidedly did not. The NWS forecast calls for it to get down to 28F tonight. Tomorrow’s weather is supposed to be similar to today’s. 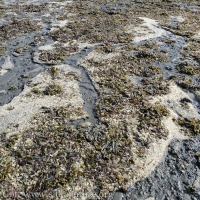 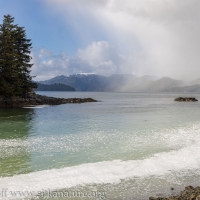 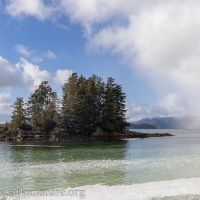 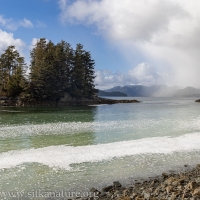 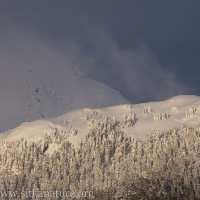 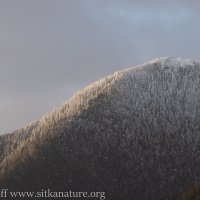 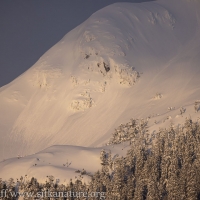 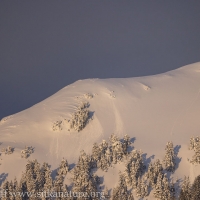 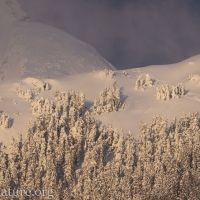 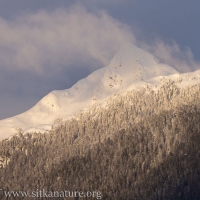 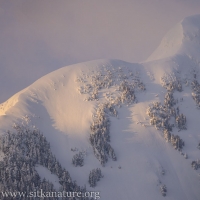 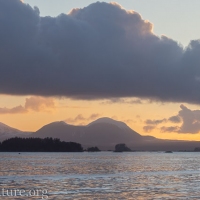 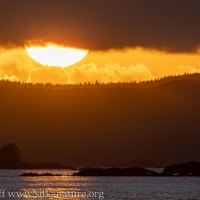 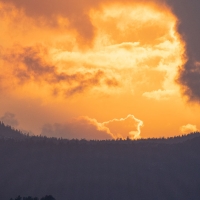