Snow showers continued overnight, and there was an accumulation of 3 or 4 inches by this morning. As the day wore on, the warmer temperatures and sun between showers resulted in a fair bit of snow melting. Despite the additional snow fall, I think there was probably no more on the ground at the end of the day than there had been at start.

I did not end up spending much time outside, but did drive out Sawmill Creek road and took a couple of pictures of the snow covered mountains rising out of Silver Bay. 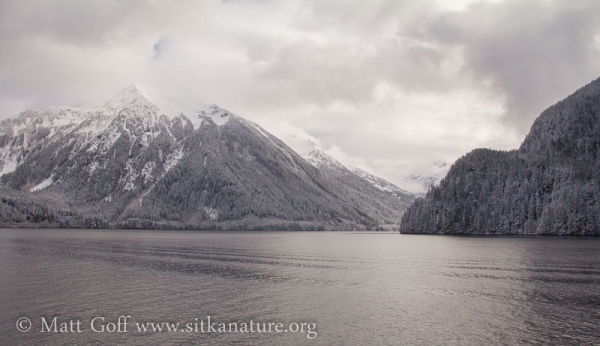