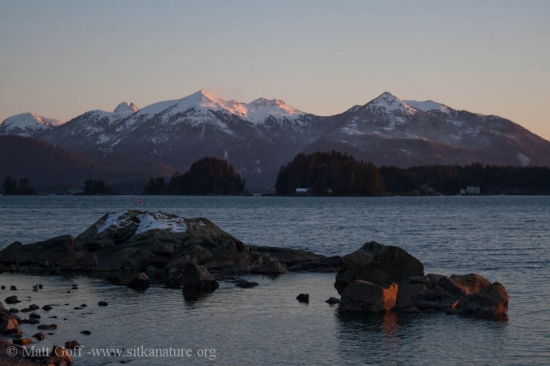 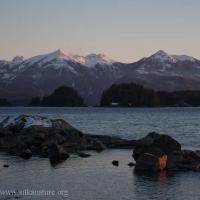 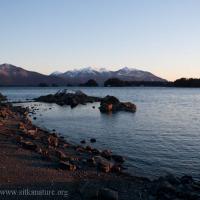 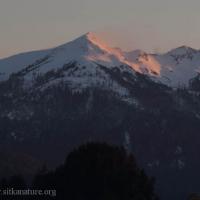 Wind blown snow off the Pyramids reflects the pink light of the setting sun. 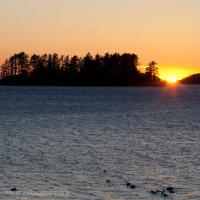 The sun is now setting to the north of Turning Island as seen from the vicinity of Sage Beach.