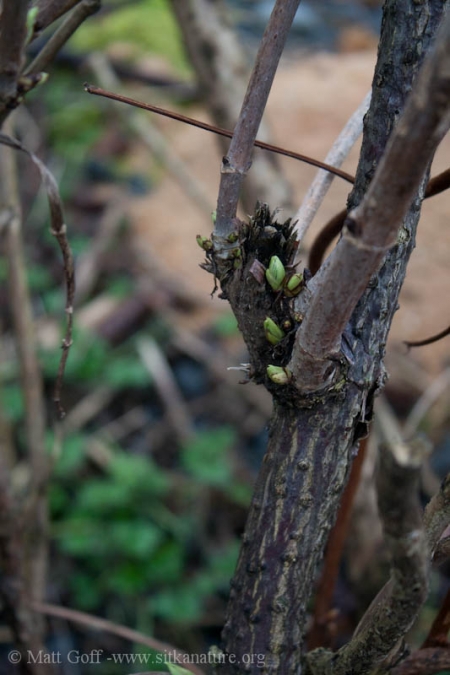 Temperatures in the lower 40s continued today. It was a little breezy (out of the SW) when the kids and I walked over to UAS, but not bad. We saw a couple of Pacific Loons in the Channel today – a species that is fairly common in the winter around here, but for whatever reasons, today was the first good look I’ve had at one this winter. During class I noticed it had started raining and by the time I got out, the wind had picked up as well.

The thing that caught my eye most today, was how far along several Red Elderberry (Sambucus racemosa) were already. It has been a relatively warm winter so far – with only one several day period of below freezing temperatures, but I still did not expect to see anything developing quite so soon. I guess I should start keeping my eyes open for the first blooming crocus. I’ve heard of them showing up before the end of January before – but I don’t really expect to find any that early this year.