I spent most of the day at home, since Rowan did not want to go anywhere. Eventually, we convinced her to go for a walk to the park, so she, Connor and I went for a walk this evening.

Weather: A break in the weather today, with relatively warm, partly cloudy, skies. It was definitely feeling a bit cooler as the sun went down while we were on the beach this evening, however.

Birds: The tide was out a bit again, so we did not look too close for shorebirds, but did see quite a few Black Turnstones.

In with the mallards at the river mouth were a pair of American Wigeons and a pair of Northern Pintails. One of the two was a male changing back into breeding plumage.

There were also several Harlequin Ducks and I think a few Green-winged Teal.

Gulls were scattered about the flats, but I did not notice anything unusual.

Other Notes: I have not done a very good job paying attention to fungi this year, but I took some pictures of mushrooms while walking at the park. Time will tell whether the photos are adequate for identification purposes. 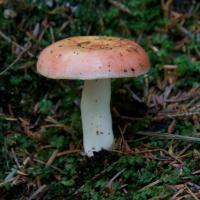 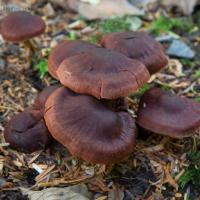 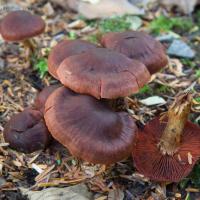 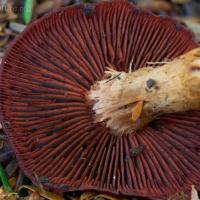 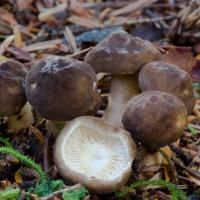 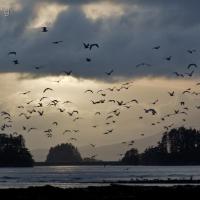 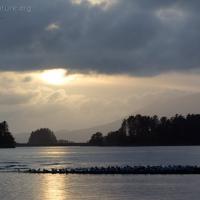 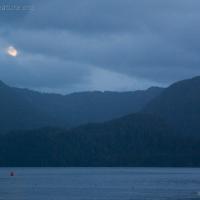