The forecast was for wet and windy weather, but when it hadn’t arrived by late this morning, I decided to get down to the park before it got wet. Connor and Rowan joined me and collected some rather large sticks (cut lumber in Rowan’s case) they were carrying home. Rowan noticed that dragging her 2×2 was leaving a trail on the beach. When we got in to the woods I suggested we play a game where I drag the stick, and they follow the trail to find me. They did better than I expected, and it was a hit with them. We took turns dragging the stick and hiding. Rowan is kind of funny about hiding. She does a good job hiding, but didn’t really let us actually find her. As soon as we got close, she would pop out and say ‘boo’, or something like it.

This afternoon I went down to the quad for frisbee. Connor came along as well.

Weather: It was pretty breezy throughout the day, though the winds did not seem to be sustained where I was. The area of Totem Park and campus often seems to be in a bit of a wind shadow, however. A little rain fell while we were at the park, more fell while we were playing frisbee. There were a few pretty good showers later in the evening.

Birds: The tide was in a bit at the park and so the gulls were a little more concentrated, but resting rather than feeding. In among the gulls was a Slaty-backed Gull. There were a lot of gulls up in the river also.

We saw a Great-blue Heron on the western beach, then another one (possibly the same one) in the estuary later.

Conspicuously missing were the ducks that have been at the river mouth. If they were in the estuary grasses, they were very well hidden, as I only saw gulls and the heron there. I’m not sure where they all went, perhaps to the other side of the bay across from the river mouth to get away from the gulls. I did see a Common Merganser fly by before we made it to the river mouth.

A Northern Flicker flew over while we were playing frisbee.

There were quite a few Robins and Starlings around campus and the house this afternoon.

Other Notes: I took pictures of a couple more mushrooms at the park. One of them (shown above), was in the same place as last year. The other one was a species I don’t think I have paid any attention to previously.

There were a couple of places where Amanita muscaria today. It seems to be a down year for it, or perhaps it’s just later than usual? Typically there’s a bunch of it that grows at the bottom of Hillcrest Drive, but I’ve not seen much there at all this year. 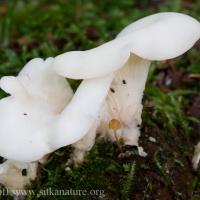 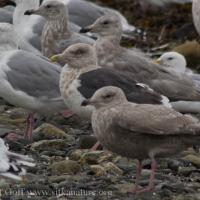 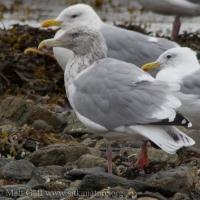 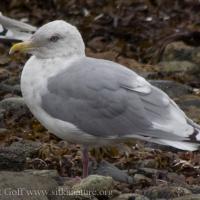 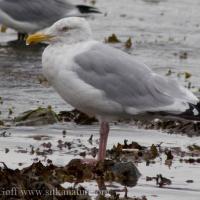 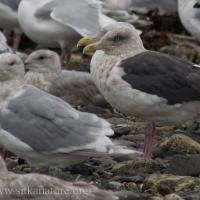 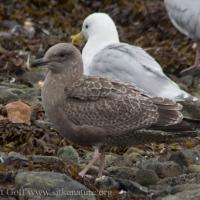 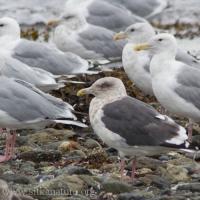 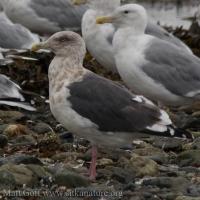 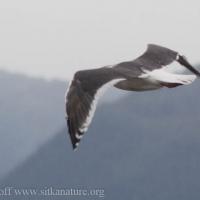 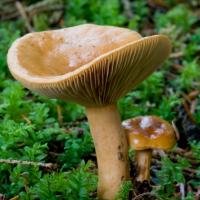 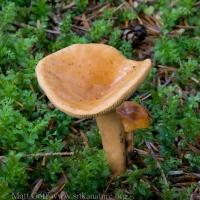