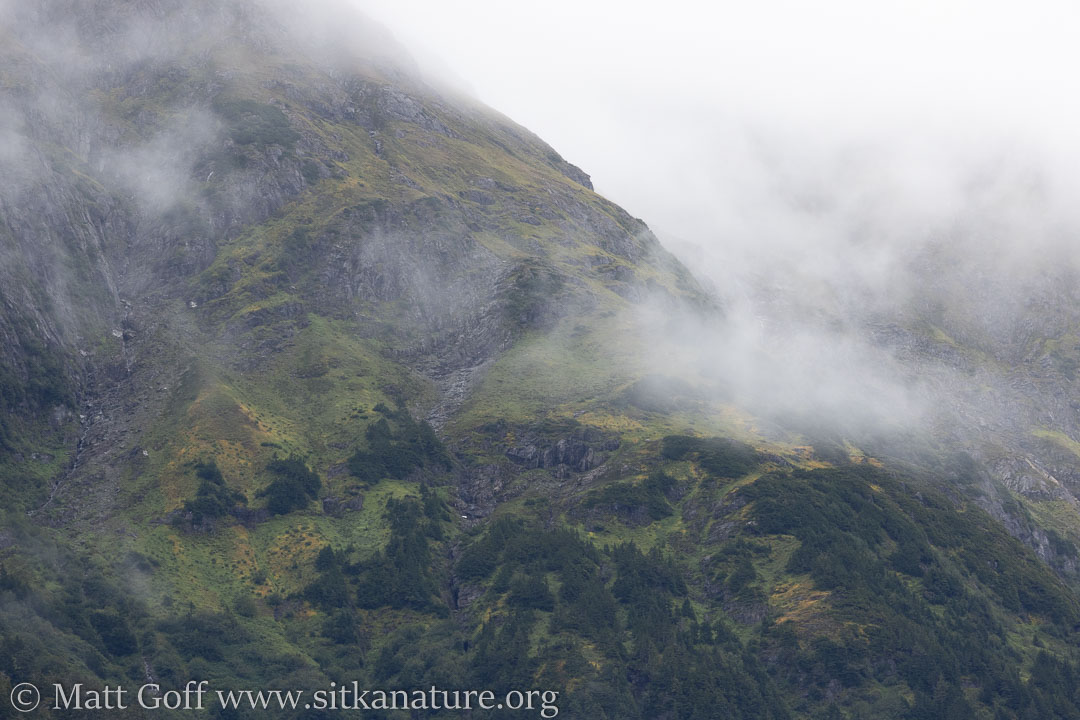 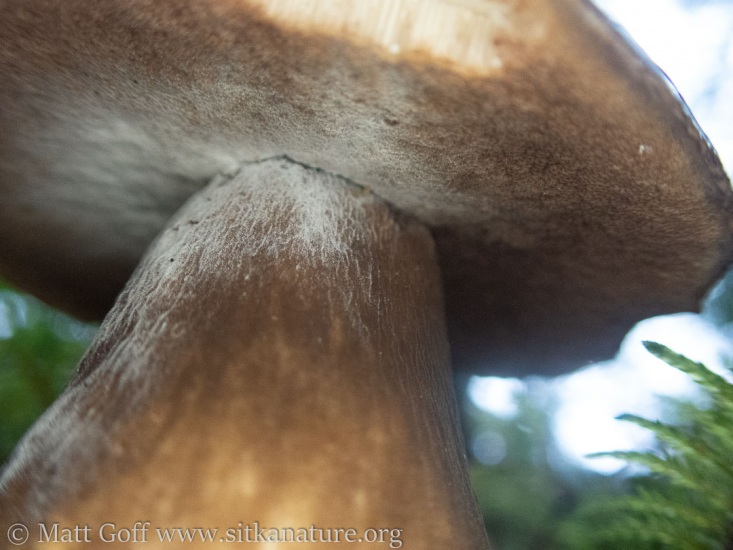 After a call this morning I went out to Blue Lake road with the intention of going up to Heart Lake.

Multiple cars in the Heart Lake parking lot prompted me to drive up to the end of the road first. 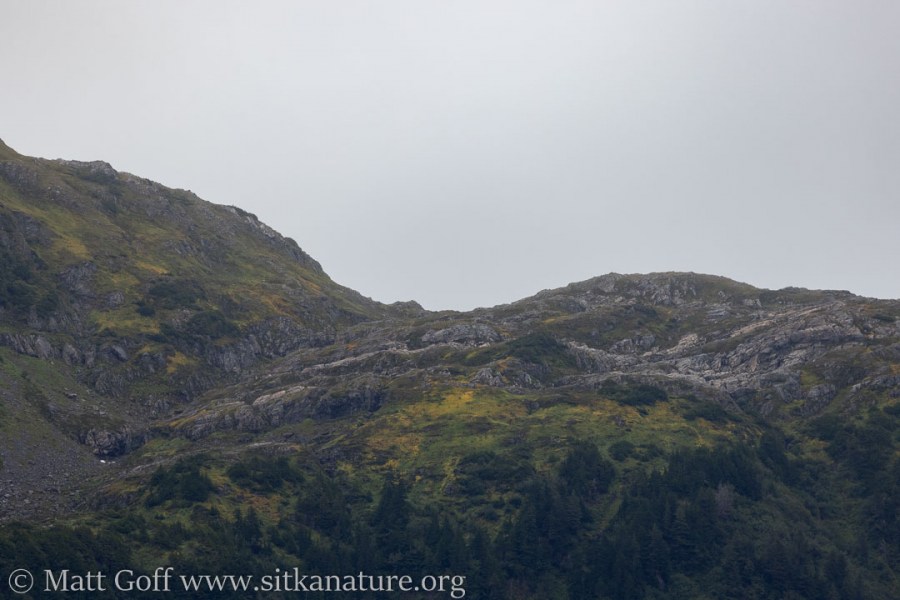 There were some bright yellow spots in the alpine of the mountains. I’m guessing deer cabbage, but possibly some other plants as well.

There is still a little bit of snow left along the upper avalanche track, but I am not sure about the lower one.

I made a brief stop at the marble outcrop, but decided it was too wet to try and climb up to check for unusual plants.

The parking lot had mostly cleared out when I made it back, so I went up to Heart Lake. My main intention was to collect some of the freshwater bryozoan I had first noticed yesterday. I want to get better photos, so I brought a container and will try to set up some decent lighting at home.

I did poke around a little bit on a side trail. It’s fairly well worn, but I suspect used mostly be deer. I think if it were from people using it routinely, it would not pass through such tight gaps between trees, and there would be less branches over it.

This evening Rowan joined me for a walk to the park. She’s been mostly keeping to her room after a positive covid test early last week (she barely had any symptoms, but was tested since she had been exposed around folks who tested positive).

I had hopes (but low expectations) of seeing a Brown-headed Cowbird or Morning Dove along the way, but it was quiet through the neighborhoods where either of these would be more likely to show up. 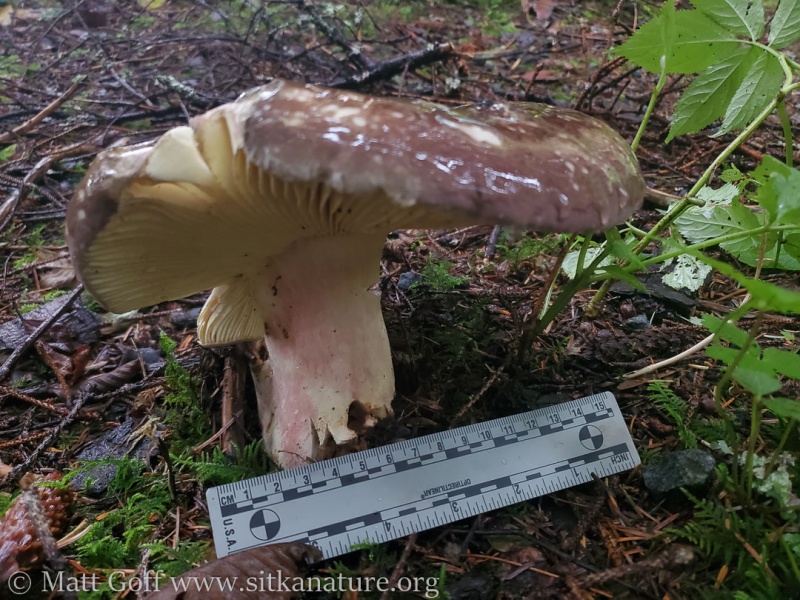 There was a nice mix of mushrooms at the park. I was a little surprised at how many different kinds I was seeing compared to what had been out along the Mosquito Cove trail.

There were a few gulls out on the beach off the battlesite bench, but not many between there and the river mouth (perhaps due to the eagles sitting on the beach). 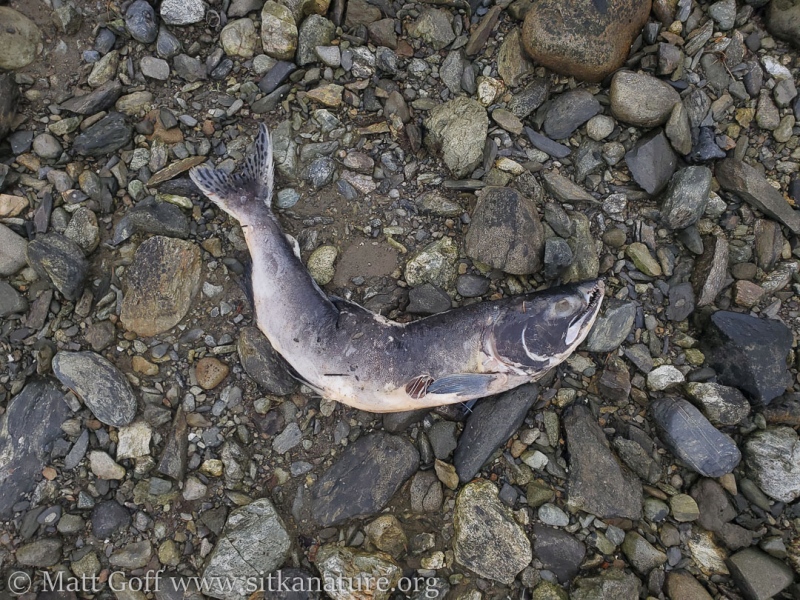 We walked the beach from the battlesite bench towards the river. The smell of dead fish was strong in the air, especially as we neared the river mouth.

The only shorebirds I noticed were a few Black Turnstones at the water’s edge, but I did not go out to investigate more closely. 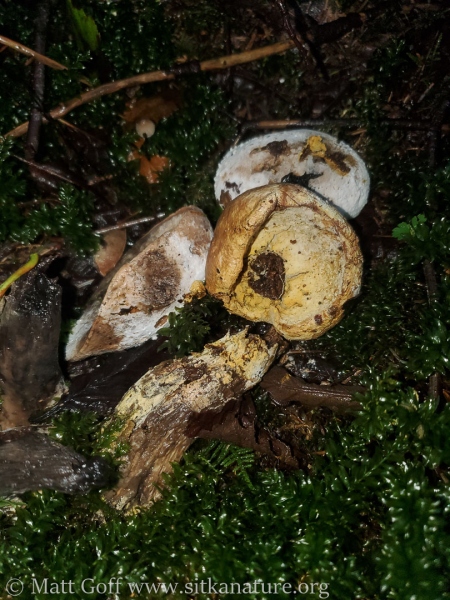 I saw several well gone boletes that appeared to have been parasitized by some other fungus. I was not sure what they were, but suspected dusky bolete (Porphyrellus porphyrosporus). After some searching, I was finally able to find one that looked fairly normal (though a closer look revealed it appeared to be on it’s way to being taken over by the white powdery parasite). 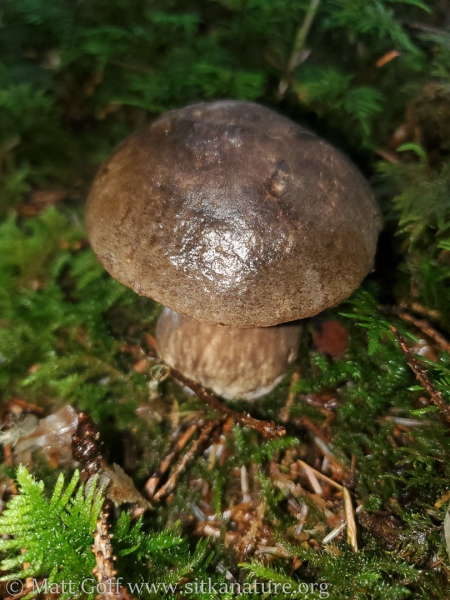 Some questions came up for me since in the past when I’ve found these, it’s only been one at a time, and they’ve usually stained blue. The one I found intact did not appear to stain (though that apparently isn’t a deal breaker for ID of these – and I wonder if the infection had anything to do with it). Of course finding one that I could ID doesn’t mean the others were this as well, but there aren’t really too many other options, as best I can tell. 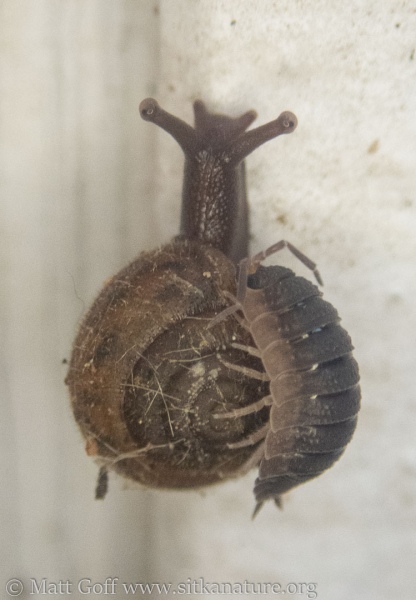 While I was checking the Sitka counseling buildings for moths, Rowan pointed out a snail crawling up the wall. An isopod was hitching a ride.

I had a bit of a soda explosion this afternoon. I hadn’t released pressure on the homemade soda for a couple of weeks (it’s been sitting in my refrigerator). One of them had just a bit of pressure build up. The other, which previously had been the less active one of the two was highly pressurized. I was able to get it over the sink before most of it came out, but still had a mess on the floor and splatters well up on the wall to clean up. I think this one probably had more sugar. It started slower, but continued to work up actively while the other one ran out of sugar and slowed down. 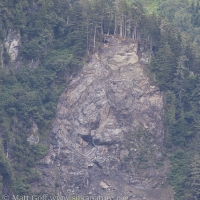 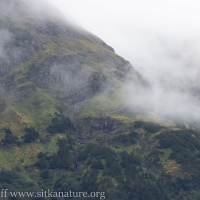 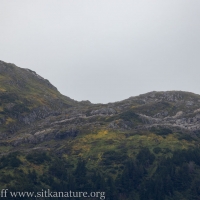 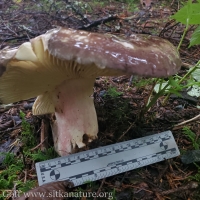 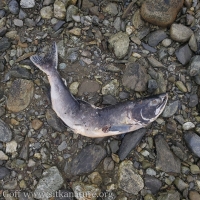 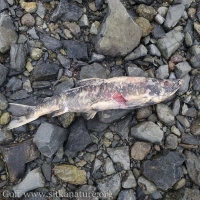 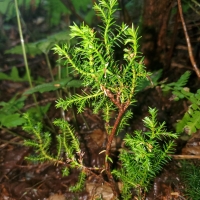 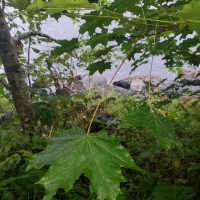 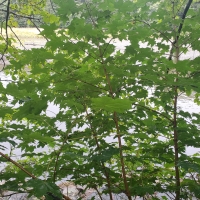 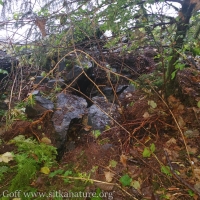 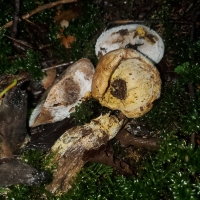 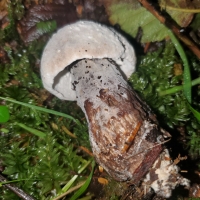 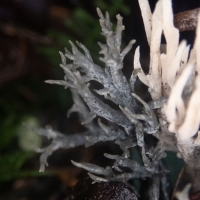 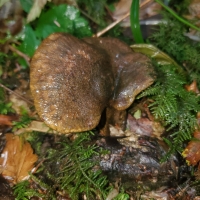 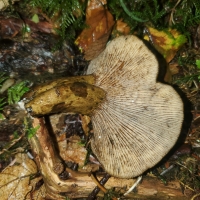 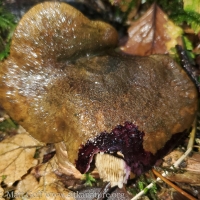 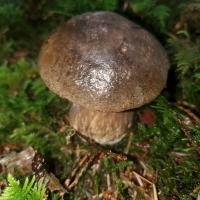 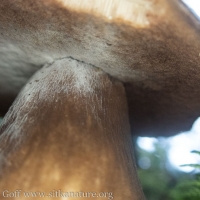 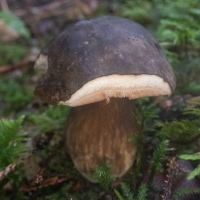 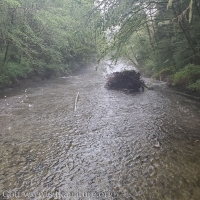 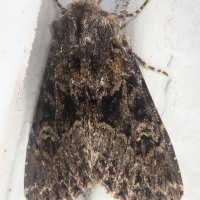 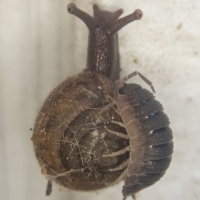 2 thoughts on “Mushrooms and More”