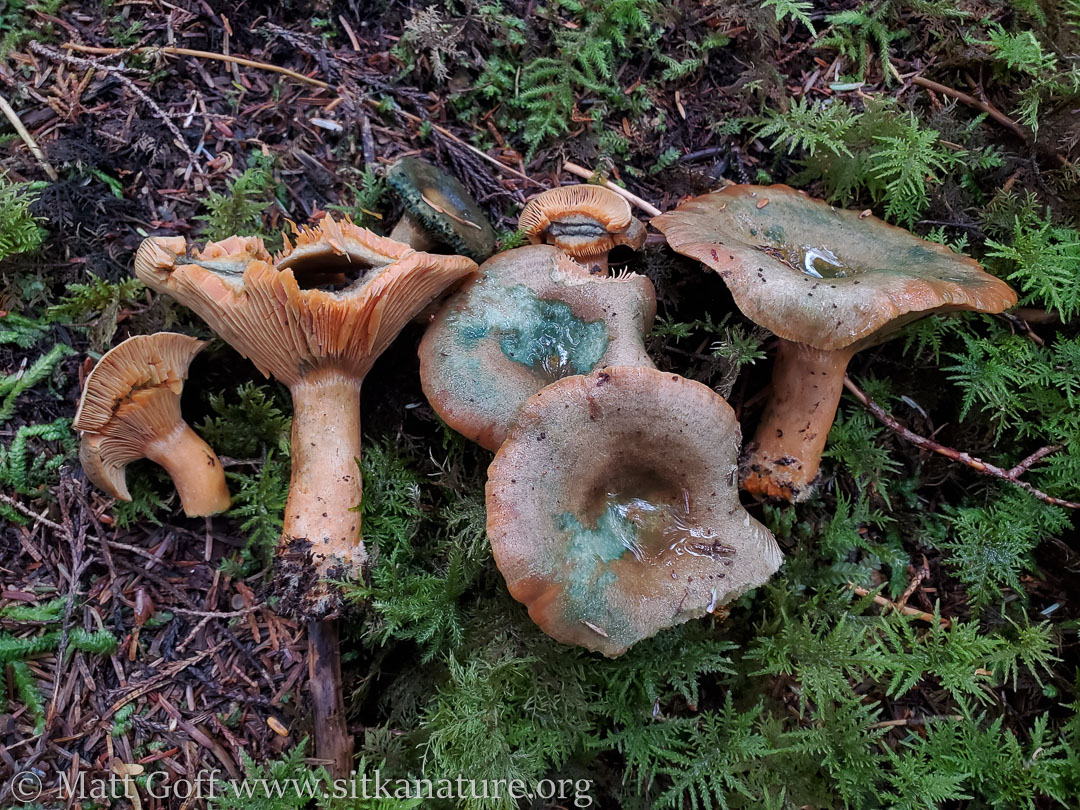 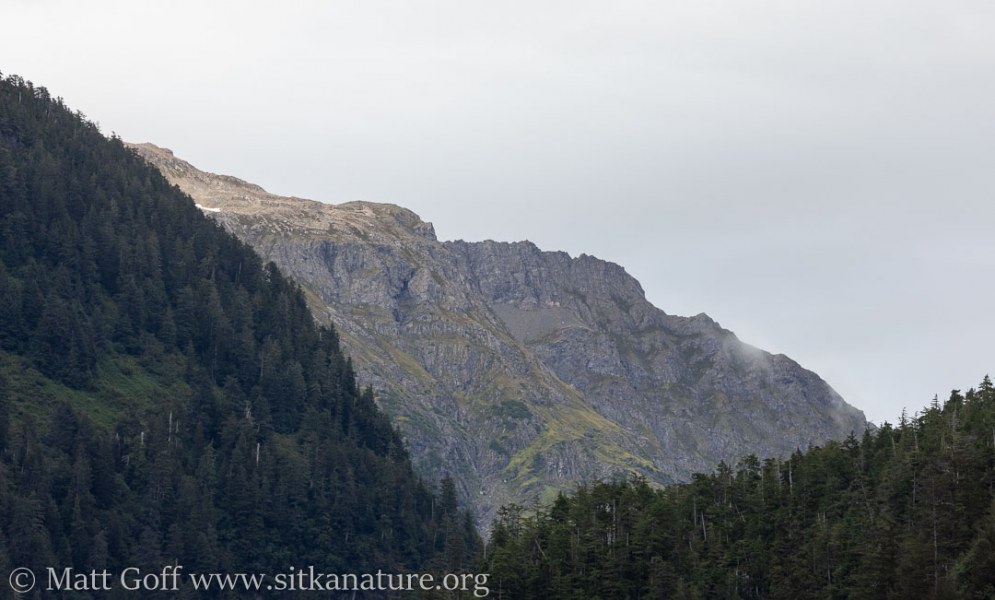 It rained overnight, but for most of the day it was merely overcast.

I made a trip to Heart Lake late this afternoon. 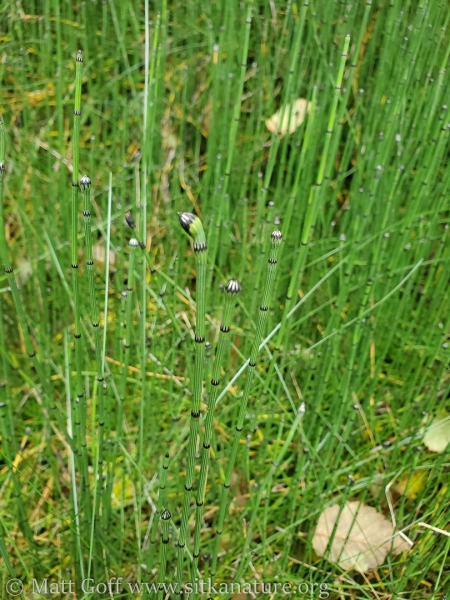 There were a couple plants (including the variegated horsetail pictured above) on my hit list for the year that grow along the lower section of the road, so I parked along Sawmill Creek Road and walked up to the trailhead.

I noticed a little game/social trail off to the side before I got to the lake, and decided to explore it a bit. It was an area of second growth that’s not too densely crowded. 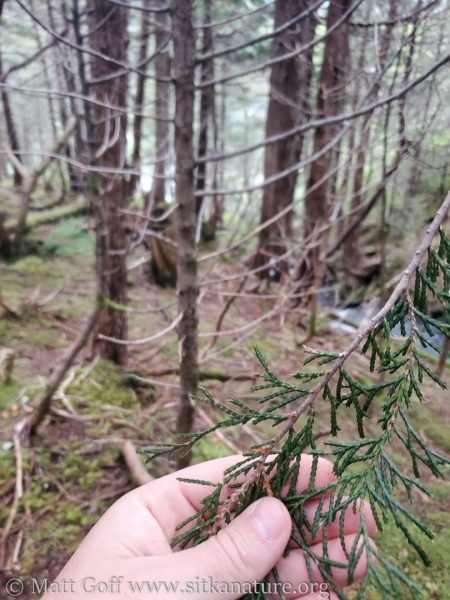 I was interested to note a few young cedars in the mix, and a nice variety of mushrooms. 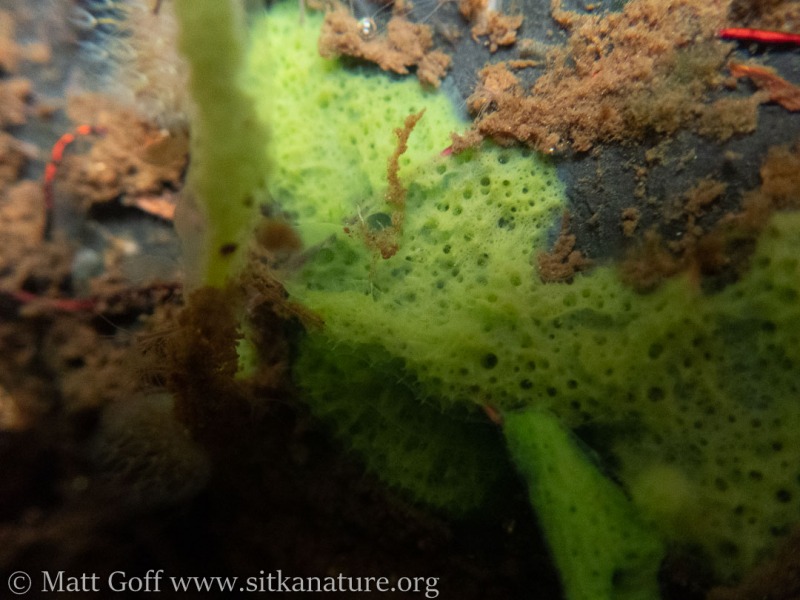 I stopped by the lake outlet to look for the fresh water sponges that I’ve found there in the past. 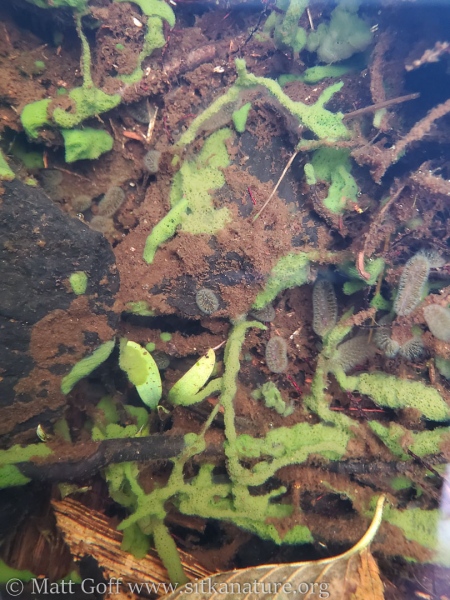 This time I noticed something else growing along with them and did my best to get photos.

While sitting at the lake outflow, I noticed there was a slow pulsing of the water level. It varied up and down by an inch or so. I first noticed it by the changing sound of the water going over a little bit of a barrier. It became more clear what was happening when I moved the mystery creature to shallower water to try for better photos. The water dropped enough to uncover things, then rose up again. 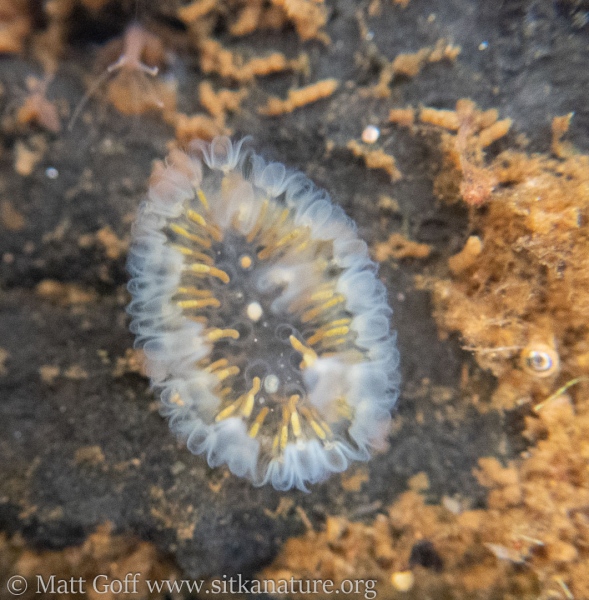 After doing some googling this evening (based on a suggestion from PN to consider bryozoans), I found Cristatella mucedo, which seems like a good fit visually. It was difficult to get good light for the pictures, so I’m planning to go back with a container to try for a better setup.

Earlier in the day I caught up on initial uploads of photojournals. I was only a week or two behind on that, but it’s been a couple of months now since I last posted a photojournal (even though I’ve written one every day along the way).

It’s not the first time this has happened. I don’t have time to process things for a particular entry that I want to have up. Then I want to try and keep posting things in order instead of skipping them, but I don’t find time to do it. Things continue to pile up, especially during the busy summer season.

I’m now at the point where it’s time to just skip to the present and start publishing entries again. I’ll try to go back and get the backlog published as things slow down over the fall and winter. 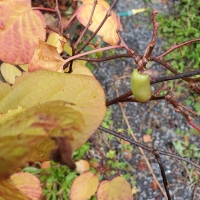 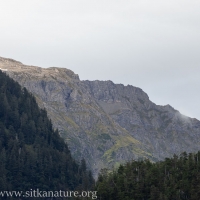 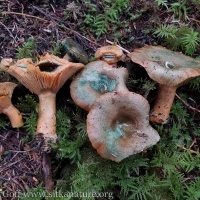 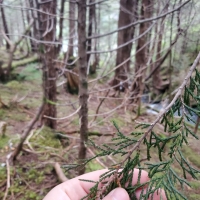 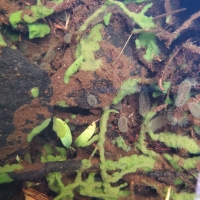 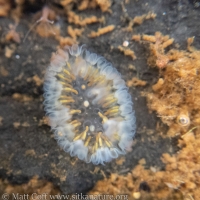 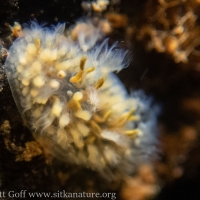 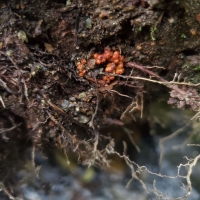 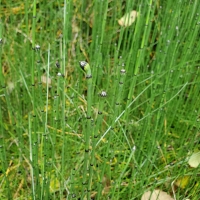 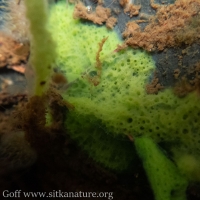