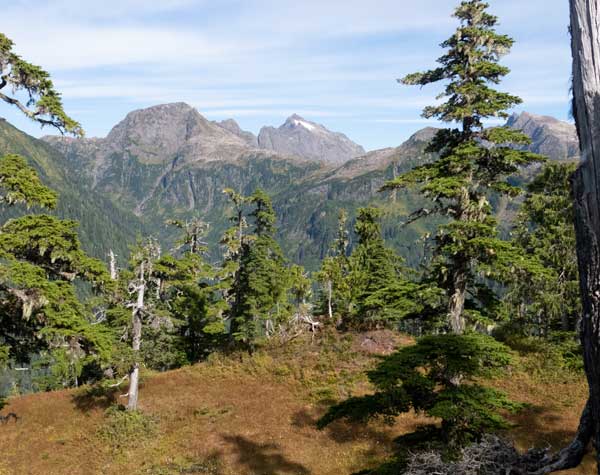 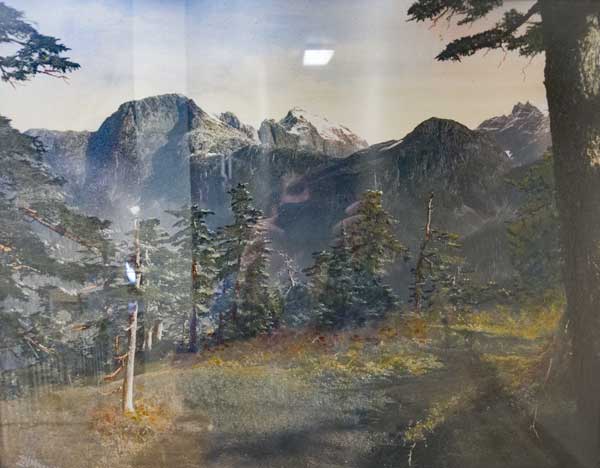 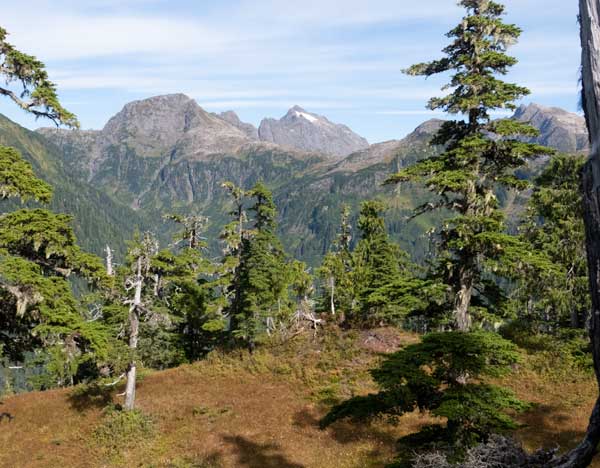 Click and drag the vertical bar to see each image.

Earlier this year I noticed a Merrill Print hanging in the Pioneer Home, and snapped a photo of it with my cellphone through the glass with the idea that I might be able to get a matching photo.

Merrill died in 1929, so his photo must have been taken at least 90 years ago, and if my understanding of the timing of his arrival is correct could have been taken as far back as 120 years ago. Perhaps someone has done work to get years on his photos, but if so, I am not aware of it.

I was able to get to the location where the photo was taken today.

Though it was a bit earlier in the season (and later in the day) than the original was taken, and of course the trees had changed a bit, I did my best to line things up so I was taking photos from the same place in the clearing as Merrill did, and used photoshop to get the photos as closely aligned as I could.

Of course the mountains look mostly the same, though even with the termination dust obscuring things a bit, it’s clear there is much more snow on the furthest back peak in the middle of the frame.

The biggest differences I noticed were the tree framing the right side of Merrill’s photo had died quite some time back, while a tree which I think is present in the original as a small shrub is now 15-20 feet tall.

The tree framing the left side is still alive, though I think the branches have lengthened and are hanging down further.

A prominent tree in the foreground meadow is still there, though not looking especially healthy.

Merrill’s photo was hand tinted, so that plus the reflections in the glass make it more detailed comparison difficult. I don’t know if it will be possible for me to get a better version of the original photo (in particular, without the reflections in the glass). I did not find it among the plates scanned and with digital image files available through Sitka National Historical Park (though I did find a couple that were taken not far away at different times – which I will probably also try to retake). If I can get a better version of the original, I’ll try to update this comparison.