Weather-wise, things seemed much nicer than forecast, at least in the morning, though I didn’t spend a lot of time out in it. I decided to take care of several collections from the past week or two that had been sitting in my freezer. It was time to free up the containers and take care of things before I forgot the details of where I got them.

It was a nice day for new moths as well. I found one that I don’t remember ever seeing before (though I could have some photos buried in my to-do pile). After a bit of sleuthing, it seems to be a new-for-the-state range extension, so that’s fun. Also saw two or three very fresh looking Welsh Waves (Venusia cambrica), so I took one of those as well. Finally, there were two of the very dark noctuids that have been giving me trouble. One of them was quite worn, while the other appeared reasonably fresh. Close comparison of the photos led me to conclude they were the same species, but I still haven’t figured out what it is (and I think there is at least one other similar dark noctuid I’ve been seeing, and maybe two). 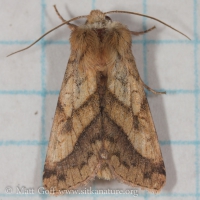 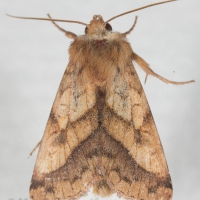 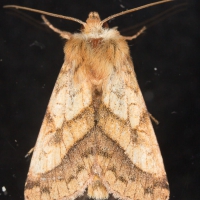 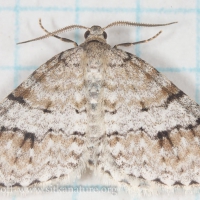 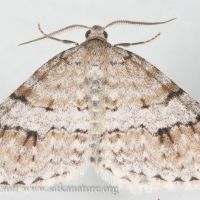 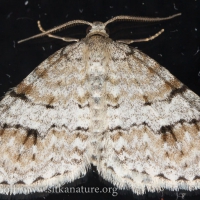 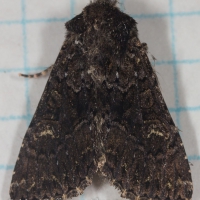 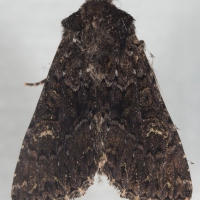 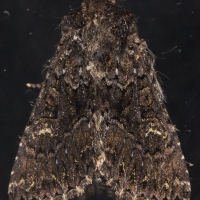 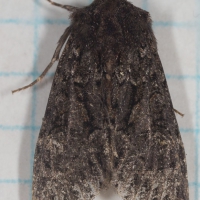 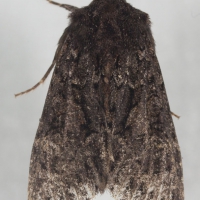 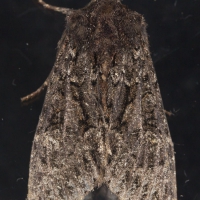