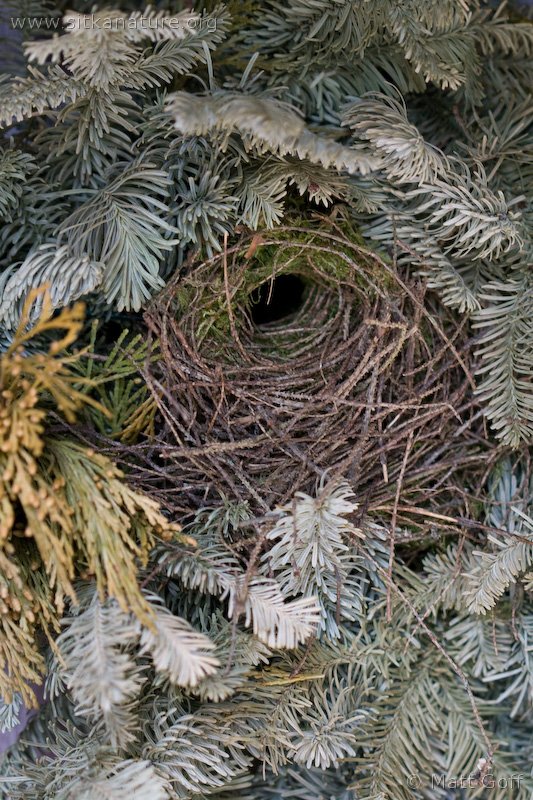 Last week when the kids and I were headed out to go to Totem Park, I happened to spot a Winter Wren with a bit of moss in its bill. I thought it must be working on a nest somewhere close by, so I watched where it was going. To my surprise, it flew up on a neighbor’s front step, and from there to the center of a wreath that was still hanging on the door. The bird remained in the nest briefly before flying out. I took this opportunity to investigate a little more closely.

The nest appeared to be well built and nearly complete. It effectively filled the center of the wreath. It would be pretty interesting if the nest was actually used, but I doubt it will be, as I cannot imagine the wrens would tolerate the disturbance of door being open and shut several times a day. Winter Wrens males are known for building multiple nests, and letting the female choose which one she prefers.