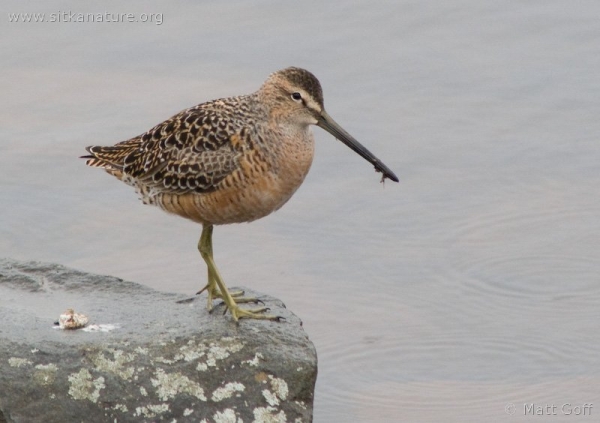 I’ve been meaning to catch up on daily observations, but just haven’t managed to do so. It’s been long enough now, that I’ve forgotten so many details it’s probably not worth trying.

Birds: Highlights include a Eurasian Wigeon along with several American Wigeons. Also 4 Ring-necked Ducks, a Northern Shovler and a Northern Pintail at Swan Lake on 13 May. A handful of Lesser Scaups were still at the lake as well, including one that I think was a first year male. Perhaps the breeders have moved on already.

On 11 May, I watched shorebirds for a while on Lincoln Street beach near the park. There were a couple of Whimbrel, two Semipalmated Plovers (the only ones I’ve seen this year), a Black Turnstone, and quite a few Dunlin, Western and Least Sandpipers. I took quite a few pictures of tracks, but discovered that they must have mostly been made just as the water was leaving. When I tried to find tracks of birds where I had actually seen them running, I could not find good impressions.

I’m pretty sure I heard a Wilson’s Warlber last week, but I didn’t see my first until the last couple of days.

Golden-crowned Sparrows returned today after I hadn’t seen any for awhile.

Last weekend I heard some Western Screech Owls in the neighborhood.

Flora: Looks like it will be a good year for salmonberries this year. There are lots of blooms, and it was cold enough earlier this spring that they didn’t get far enough along to be damaged by the cold later in the spring.