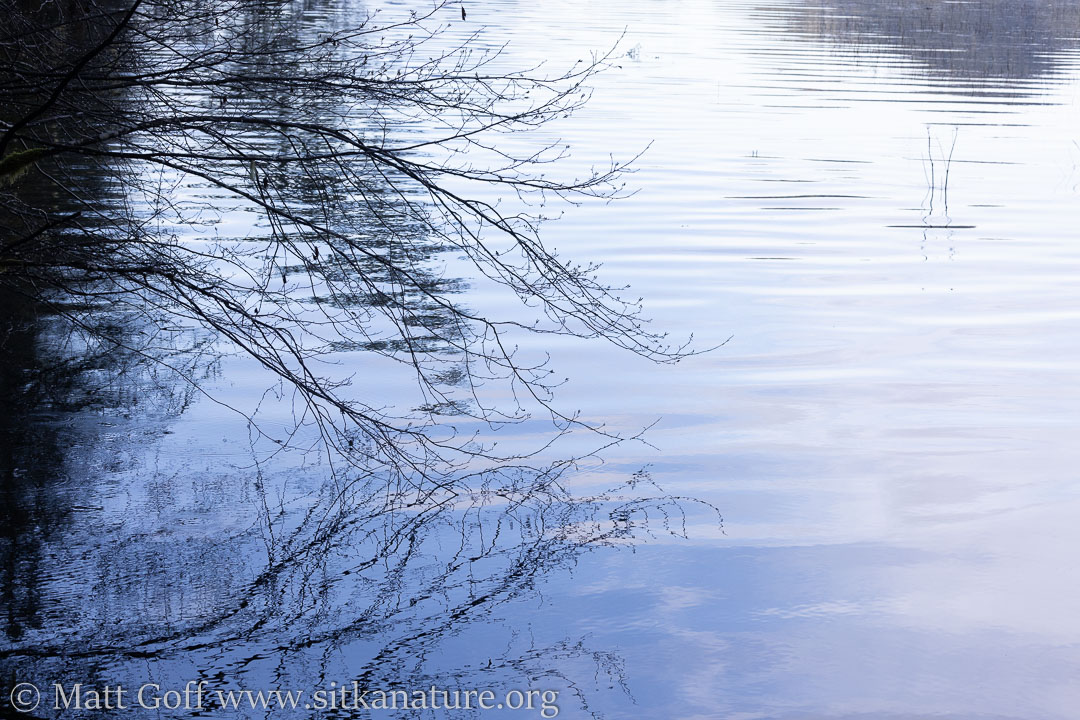 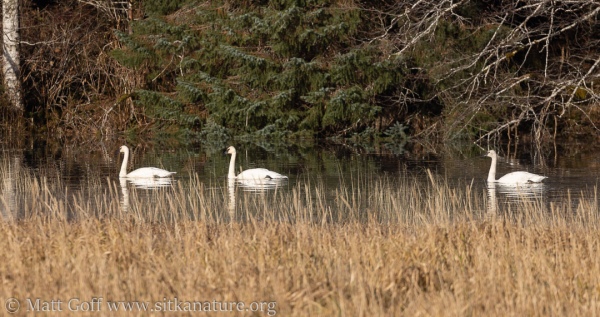 Cloudy with rain early followed by an extended sunny break through the afternoon before clouds returned. Temperatures in the 40s.

By the time my calls were done this morning, the sun had broken through. I spent much of the afternoon looking around, enjoying mostly sunny skies while I was out.

The channel was fairly quiet, and I didn’t spend long there.

At Swan Lake I was able to see the 5 coots reported yesterday. I also heard there were two more on Galankin Island lake, so there are at least 7 in the area. That may be a new local high count. 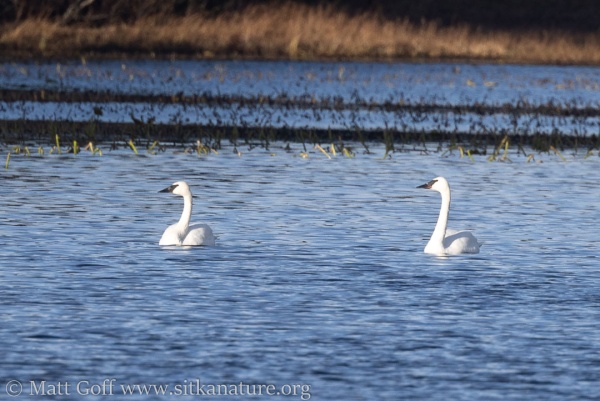 Driving out to Starrigavan for high tide, I noticed whales surfacing out toward Middle Island. 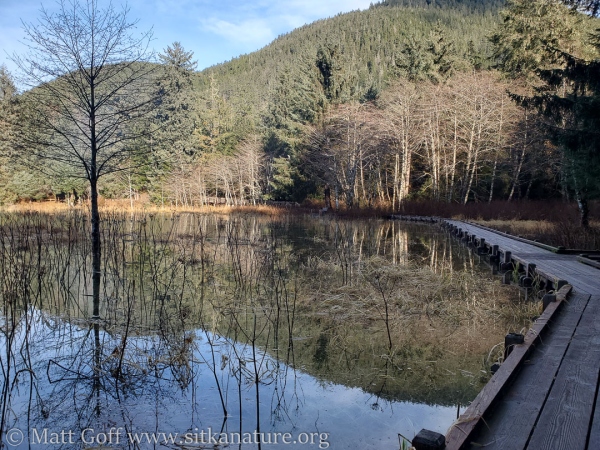 Tide levels were trending about +.4ft, so today’s 12.4ft predicted high ended up a touch over 12.8ft. 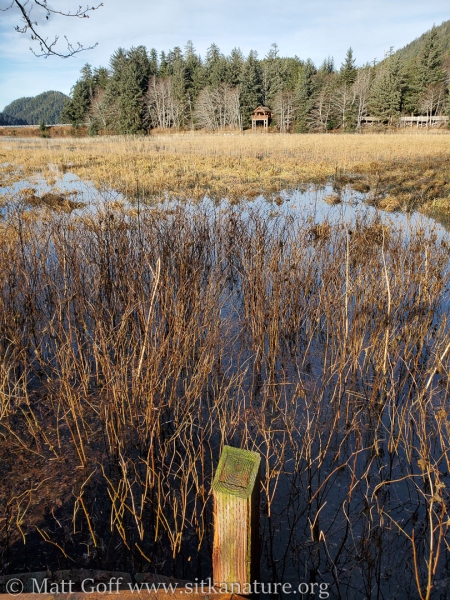 The water was noticeably higher than yesterday around the Estuary Life Trail. There was water right to the base of the platform at the end of the spur nearest to the creek. 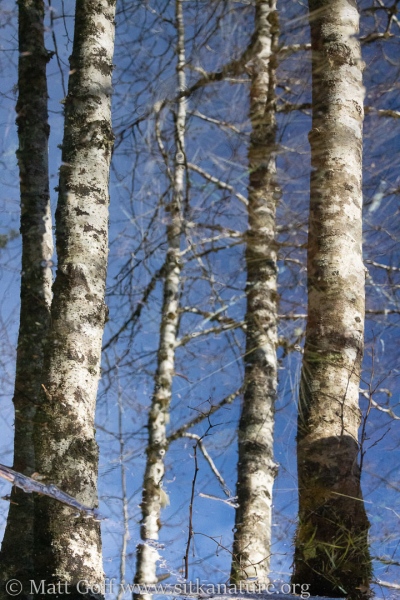 Walking around the upper edge of the estuary, I enjoyed noticing reflections in the water. I took a few photos with my phone, but wasn’t motivated enough by any of them to pull out a wider lens for my bigger camera. 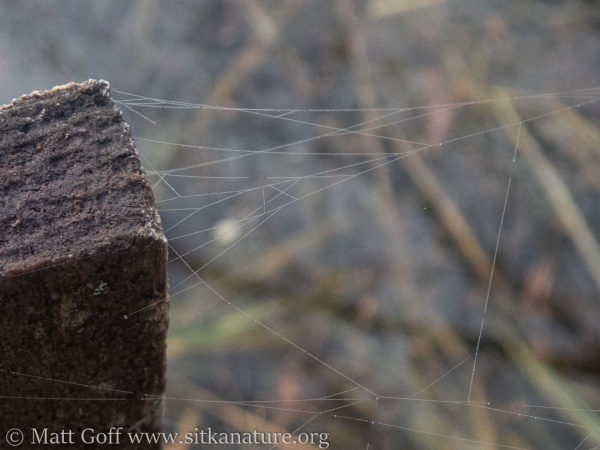 I noticed a lot of spiderweb stringers on branches and bushes today. I caught sight of one small spider ballooning away. I hadn’t noticed any strands the past couple of days. It’s possible they were just especially active today, but I suspect it had more to do with the sun making the strands more visible.

I got a brief look at the Swamp Sparrow.

On my way back along the upper section of boardwalk, a Pacific Wren paced me for a fair distance. It flew between the supporting post cross piece ends as I walked along. 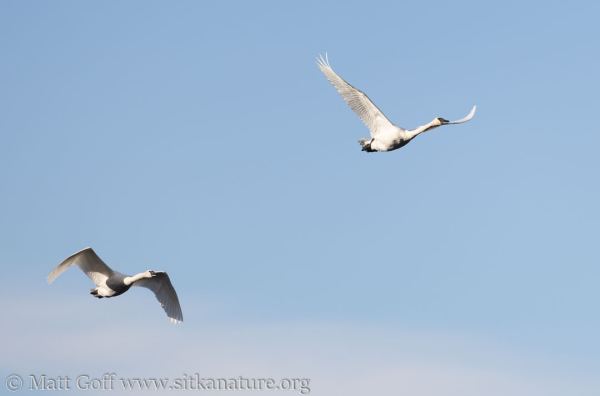 Three Trumpeter Swans were at the estuary when I arrived. An additional 30 (estimated) flew over. A bit later the three on the water took off. I was impressed by the sound of their wings hitting the water on takeoff. They were near the road and I was up at the upper edge of the estuary. I could still clearly hear the rhythmic slapping until they gained enough elevation.

There are more juncos at the kelp patch pull out, but I haven’t seen the White-throated Sparrow for several days now. 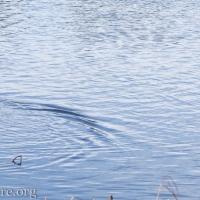 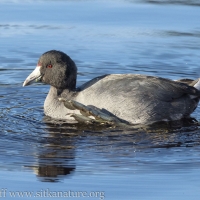 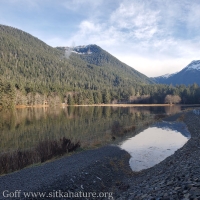 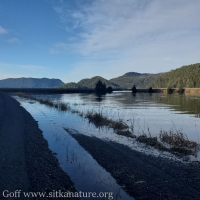 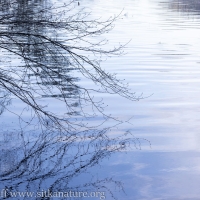 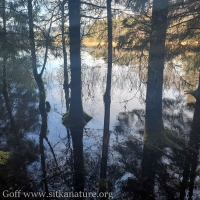 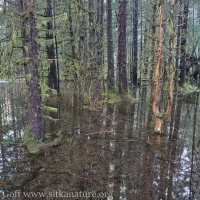 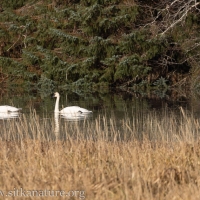 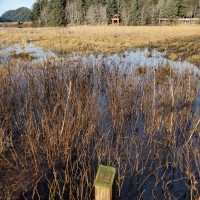 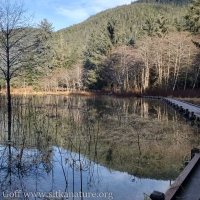 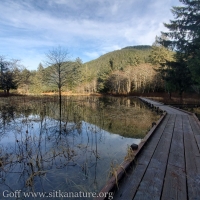 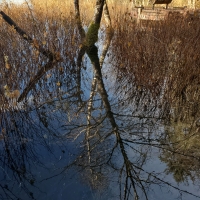 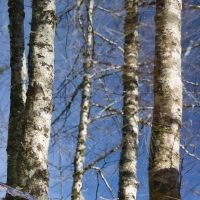 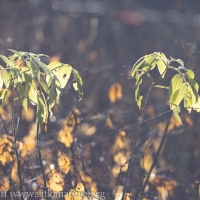 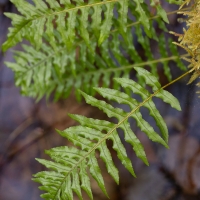 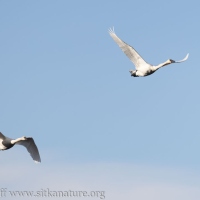 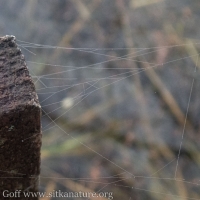 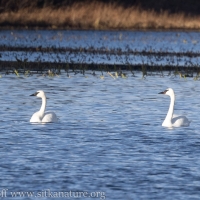