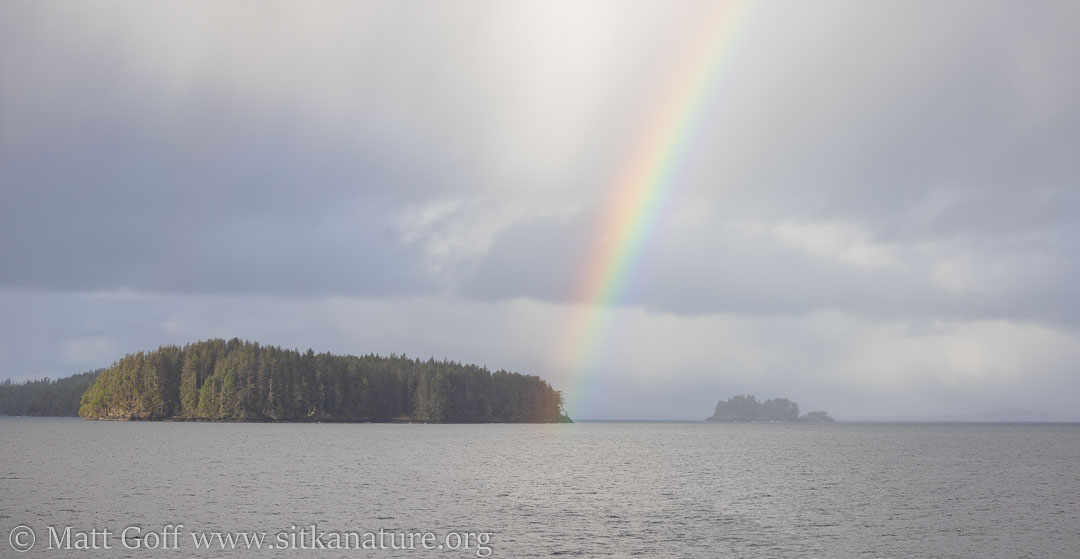 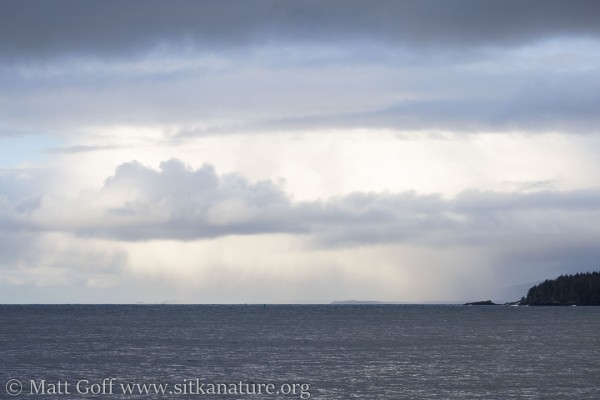 Overcast and rain early with diminishing clouds as the day went on. Partly to mostly sunny skies by late this afternoon. 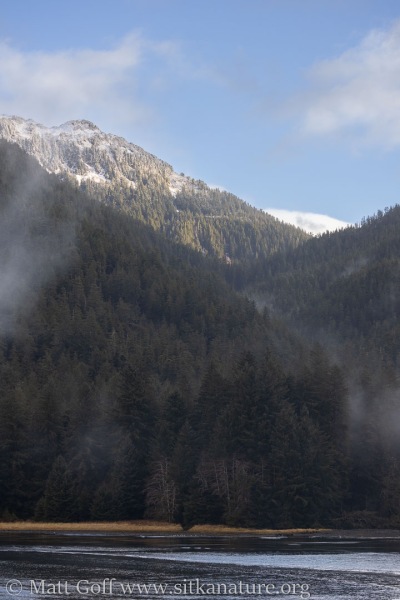 We saw a couple of whales and scattered birds. I might have seen Thick-billed Murres in Eastern Channel, but did not get a good enough look to be sure. I kept my eyes open for Red-throated Loon, especially in Deep Inlet, but didn’t see any. 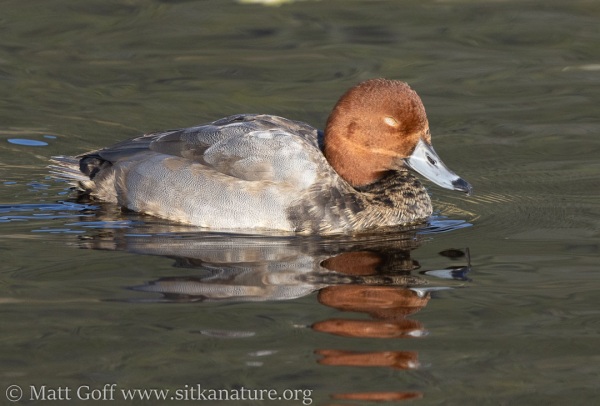 After coming back, I made a brief stop at Swan Lake. The Redhead showed nicely and I counted five American Coots.

Today’s high was predicted to be higher than yesterday’s, and I went out to Starrigavan for it again. Today’s tides were as predicted, so it ended up not quite as high as yesterday’s actual, which had a bit of an atmospheric boost. 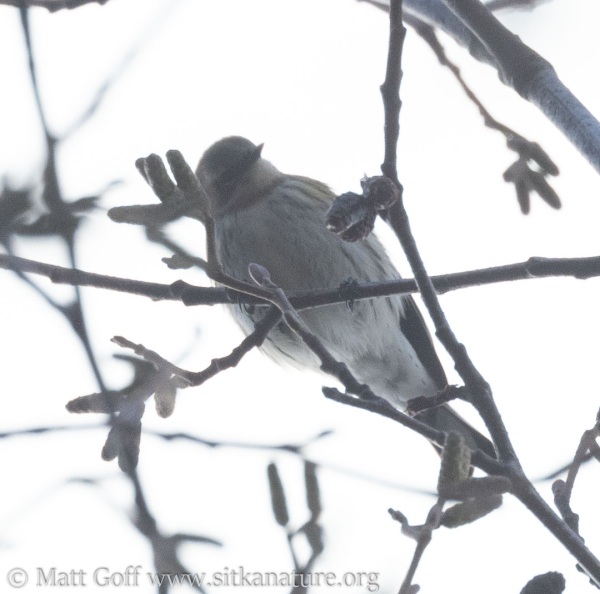 While at Starrigavan, I met up with Sulli, a birder visiting from Anchorage. We had no luck on the Swamp Sparrow. We did hear and see a Yellow-rumped Warbler. I got poor (but adequate) photos. That brings me down to two species observed without photographs this year.

I got a note from Peggy B-D that she saw the Northern Shrike seen on Japonski. She also saw a Redhead (possibly two) out at Starrigavan. This would be at least a second Redhead in town.

Six American Coots were on Swan Lake late this afternoon.

On the boat trip I met someone who mentioned she follows the blog. That doesn’t happen too often (with folks I don’t already know, at least). It was nice to meet a reader, and I appreciated the encouraging words! 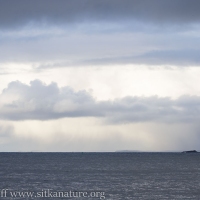 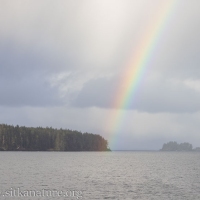 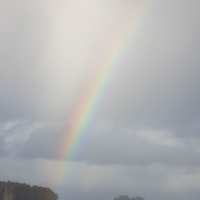 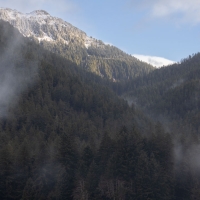 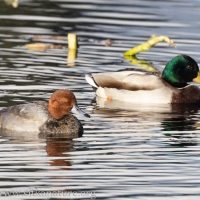 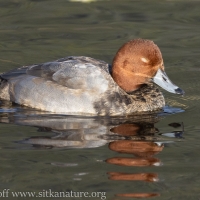 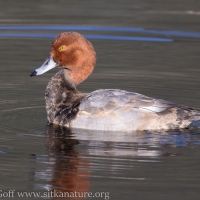 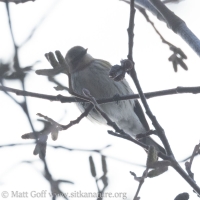