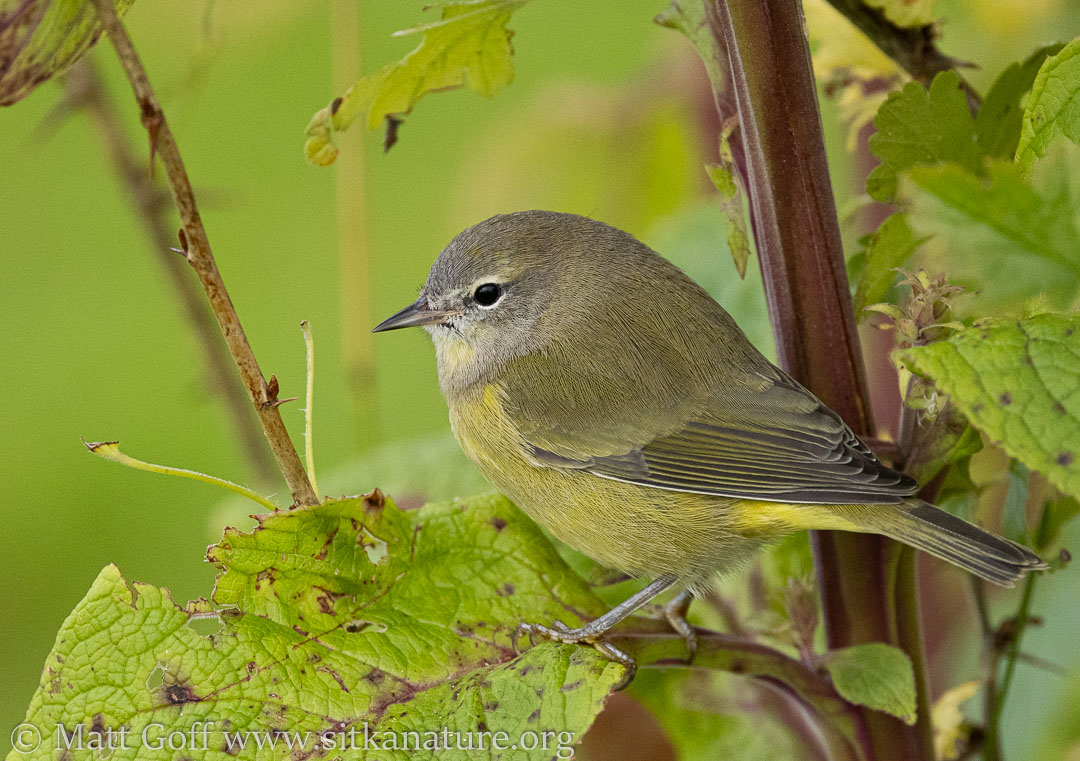 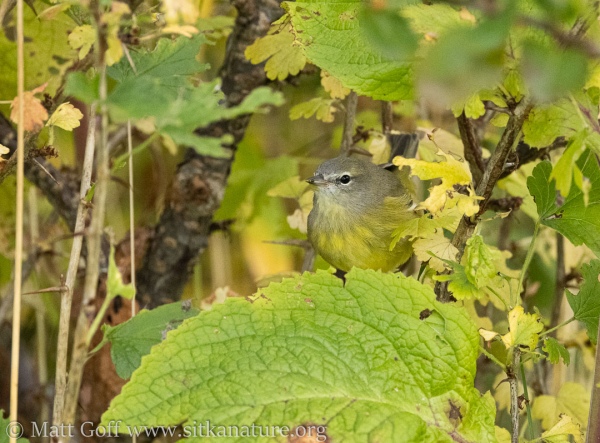 Another mellow day. Partly to mostly cloudy, with increasing clouds becoming overcast late in the afternoon.

With calls this morning, I didn’t get out much until after lunch.

During the last heavy rain spells, I noticed the gutters were spilling over. More stormy and wet weather is in the forecast, so it seemed like a good idea to take care of the gutters before it arrives.

Connor helped hold the ladder for me to get on the upper roof, and started getting some of the needles off the lower roof. After taking care of the gutters, I decided to trim back the branches of the pine tree that hang over the house. Over the past decade as the branches have gotten longer and begun to hang down lower. This has promoted more moss growth, both from more rapidly accumulating needles, and more shelter from the sun which doesn’t allow it to dry as fast.

After making a stop at the city building, I decided to check out Castle Hill. It’s still not prime season for bird watching at Castle Hill. This time of year it can be very hit and miss. In a month or so, the alders will have lost all their leaves, and the maples on Castle Hill serve as a bit of an oasis for any lingering or vagrant warblers and other song birds which like to forage on leafy trees more than conifers. 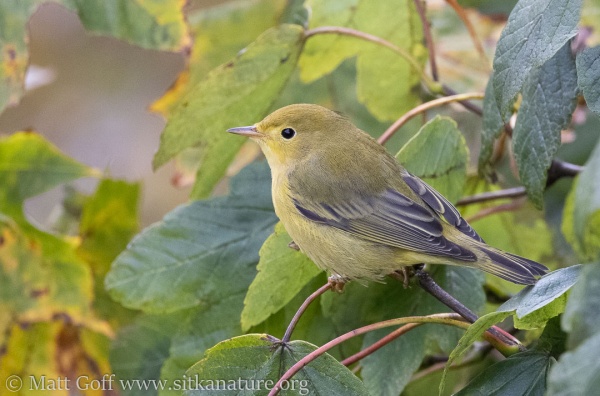 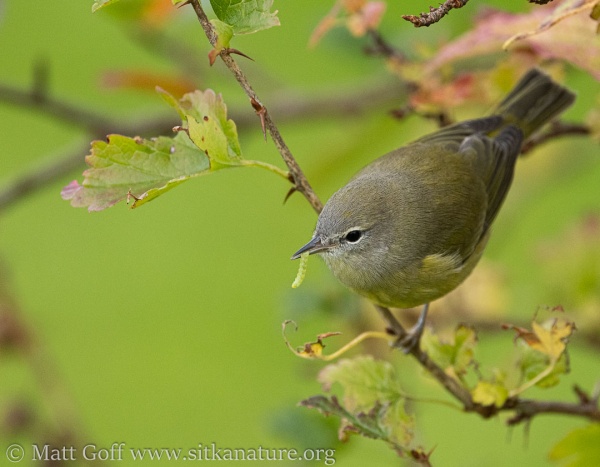 I noticed a warbler chipping from in front of Raven Radio, and was able to spend some time watching an Orange-crowned Warbler forage in the shrubs around the sign out in the yard. It was definitely pulling caterpillar/sawfly larvae off the currants, but it also appeared to be finding (or at least going for) some other things. 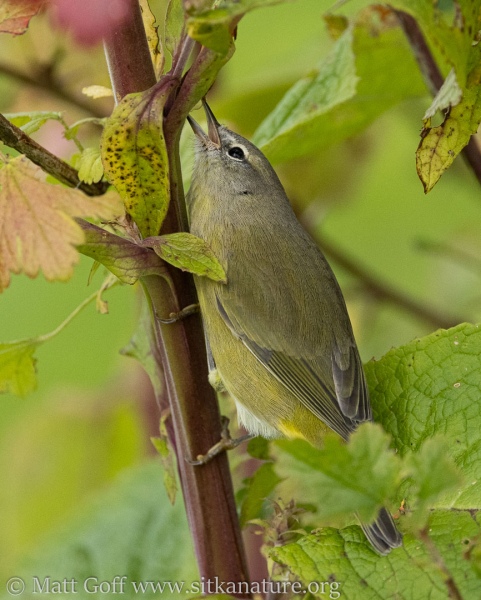 A couple of times I saw it appearing to scrape the stem at the base of a leaf on a foxglove, but I’m not sure what it might have been after. Perhaps there was a stem miner or gall maker that it knew was in there and it hoped to get at? 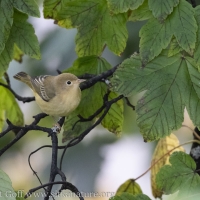 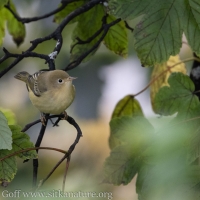 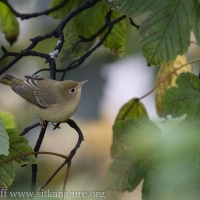 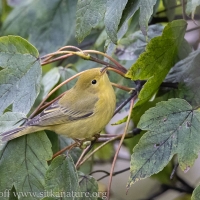 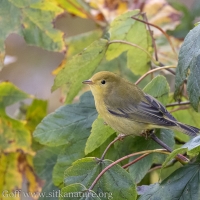 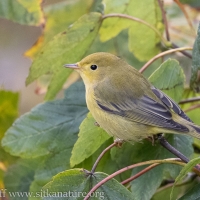 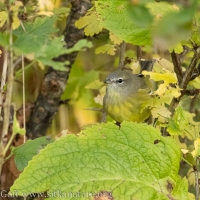 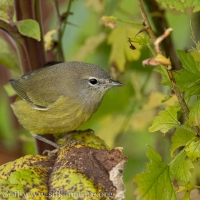 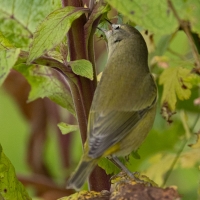 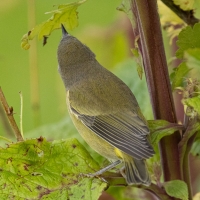 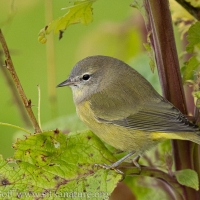 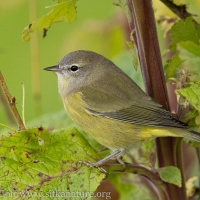 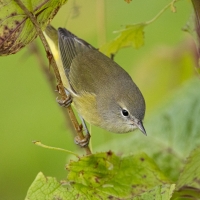 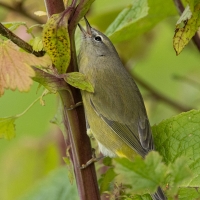 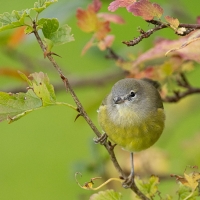 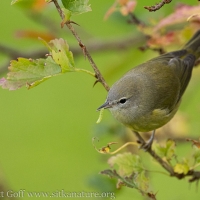 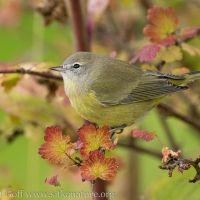 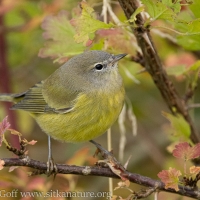 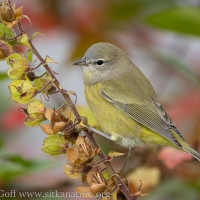