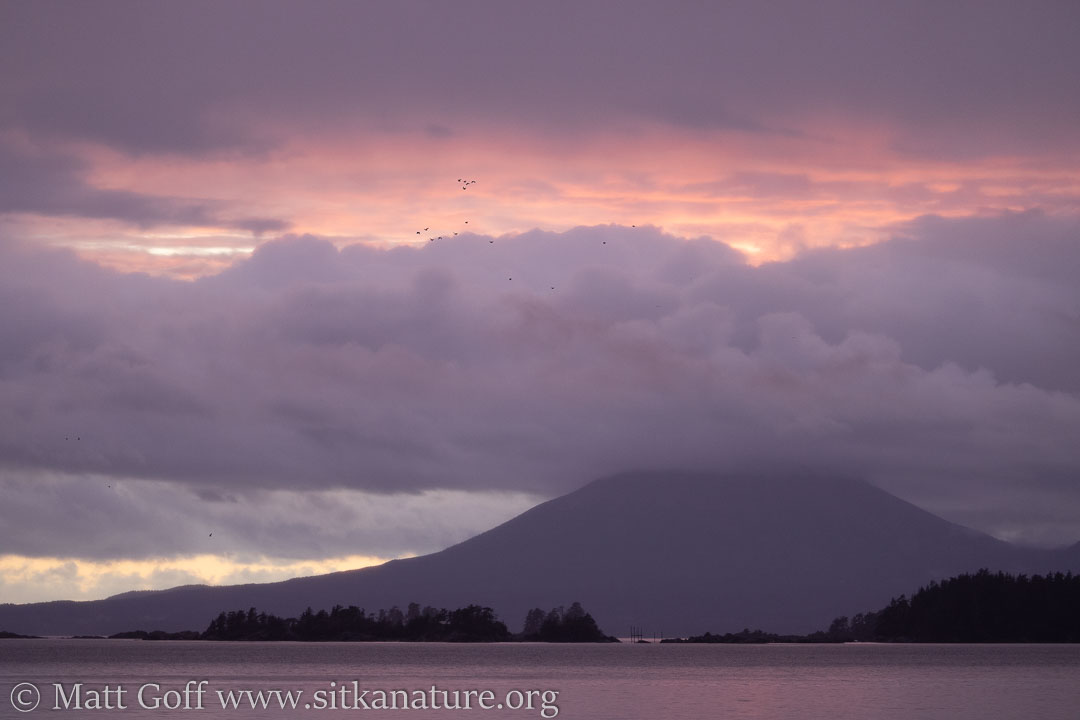 Heavy overcast and rain off and on throughout the day.

Connor let me know about a flock of teals at Eagle Way beach this morning. He said there were a couple of Blue-winged Teal, and possibly a Cinnamon Teal among them.

Unfortunately the teal were gone by the time I arrived a little while later.

I was interested to see good numbers of Surf Scoters off the river mouth. I counted just over 50 in the brief time I had. I am sure this was an undercount. At any given time, some of them were diving during the short period of time I observed them. Later I saw someone else reported 90.

I suspect these are south bound migrants passing through. 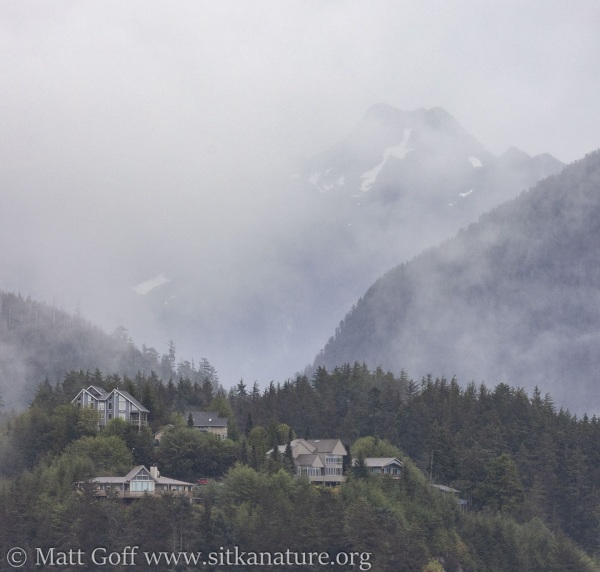 The clouds on Cross Mountain were compelling to me. I like the view with the houses on Knutson Drive. However, with not much time to work at it, I wasn’t able to get to the composition I might have liked. (In particular having things lined up how I wanted without distracting things in the foreground.)

Watching satellite imagery through the day, I saw there was a patch of clear skies moving this way. More accurately, the patch of clouds over Sitka was moving off to the east, and there were clear skies between it and the next large mass of clouds moving across the Gulf of Alaska.

Sometimes this configuration can result in a very colorful sunset. When the clouds are heavy and the clearing is far enough west (or northwest in summer), this can be surprising, as the break in the clouds is not really visible from town.

I decided to head out in case the sunset was colorful. I could see there was at least a thinning of the clouds out to the west. I parked at Sea Mart a few minutes before the official sunset when I realized I had left my camera at home (it hadn’t been in my camera bag). 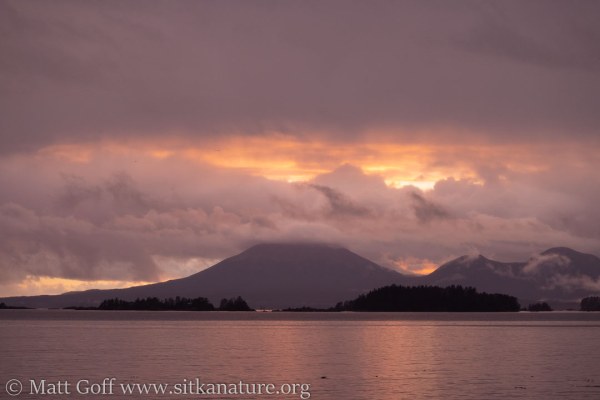 Despite the extra trip home, I think I caught the peak of the color. It was nice, but fairly limited in scope. I think the clouds were still a little too far out to the west and/or low elevation to result in one of the more spectacular sunset cloud shows. 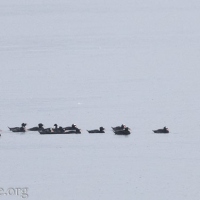 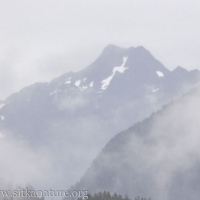 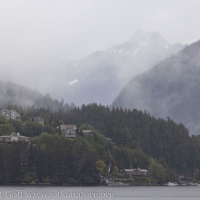 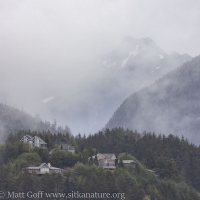 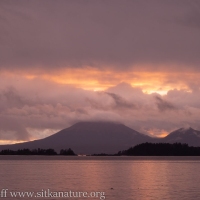 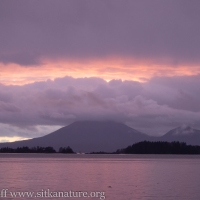 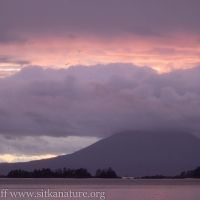