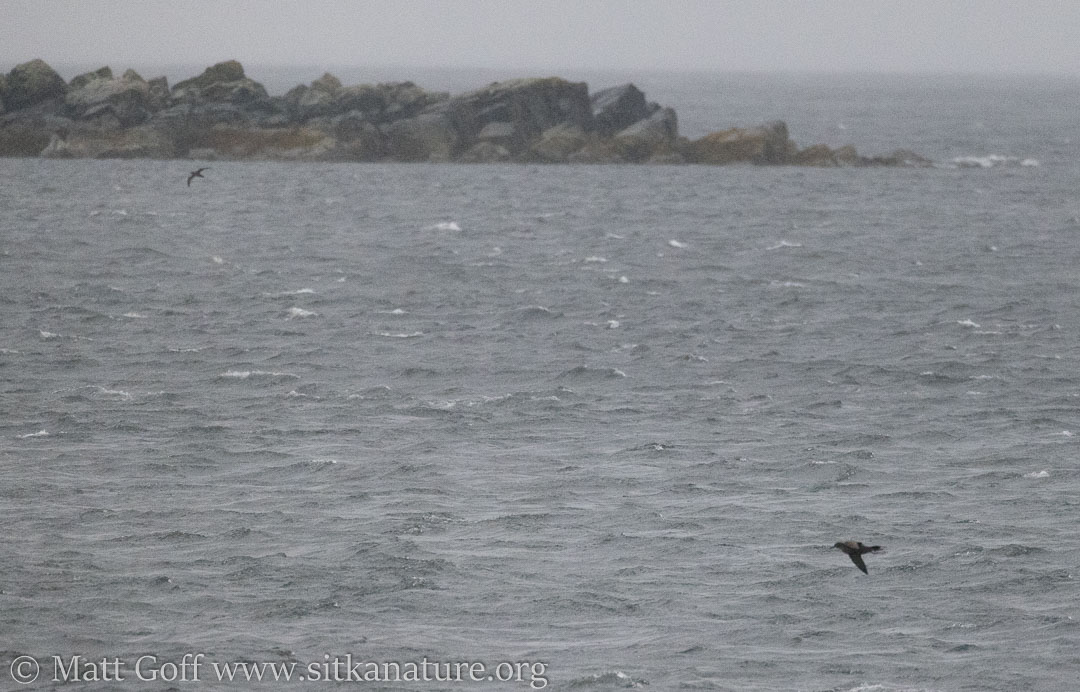 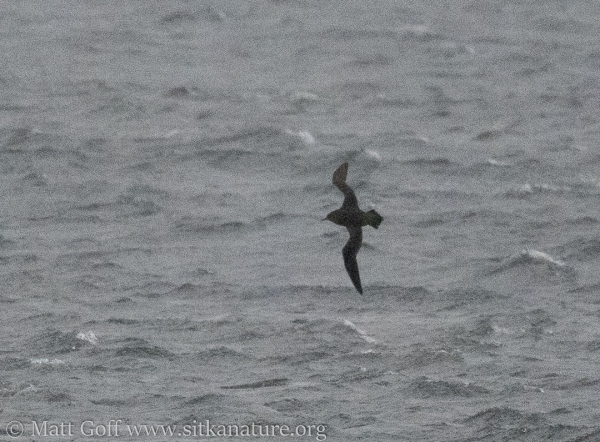 Windy and quite rainy this morning. Things mellowed a bit in the afternoon before the rain came back later this evening.

This morning was the first in weeks (maybe since spring) when I didn’t find a moth on the porch. There was a Dysstroma citrata last night, but it and the lingering yellow underwing (Noctua pronuba) were gone. When I get a chance, I’ll try to get all my moth photos into iNaturalist and I’ll be able to make at least a rough comparison of this season with last year.

Around midmorning I was prompted to get out into the weather by a message on the Sitka Birds Facebook group that a small group of shearwaters was just off the breakwater on the north end of the channel.

It’s not everyday there’s a chance to sea shearwaters from the road system, so I headed out. 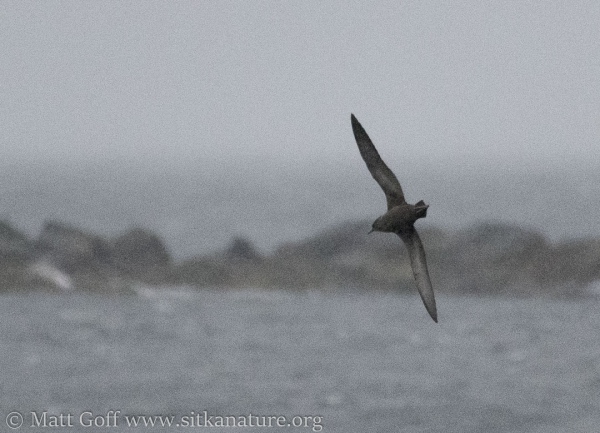 Between the distance and rain, views weren’t great. However, I think they might be sufficient to call the bird I saw best a Sooty Shearwater (#166), but I’m not sure. I think there were only two or three when I first started looking, and before long it was down to one.

I checked out from Sea Mart and then the Channel to see if they might have been going a little further. I didn’t stay at either place for long, but did not see any fly-bys even.

I picked Rowan up to see if we could get her a look at a shearwater, but they had departed by the time we got back out to see the area where they had been. She did get photos of the Mourning Dove (a bird she had seen but not previously photographed).

We checked out Starrigavan (where it was much calmer and the rain had started letting up), but did not stay. 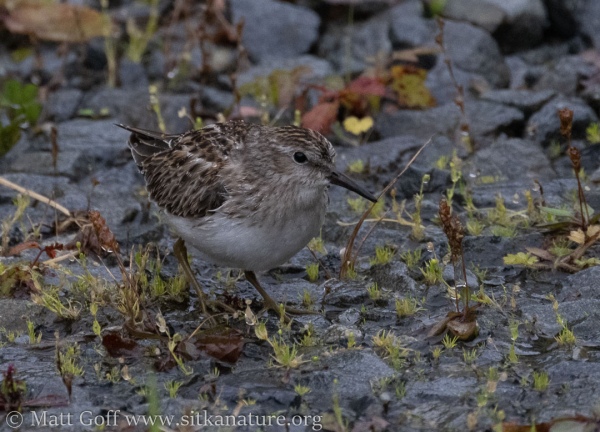 On the way out to Starrigavan, I noticed a small bird flying along the road in a way reminiscent of a swallow. I saw it land and pulled over. Rowan spotted it on the ground first and correctly recognized it as a Least Sandpiper. It seemed an odd place to see one. Likely the weather had something to do with it.

Although the weather was more pleasant this afternoon, I didn’t get myself motivated sufficiently to get out again. 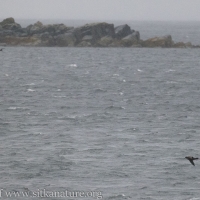 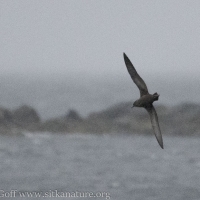 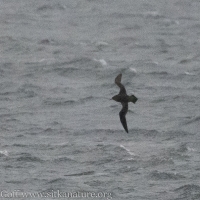 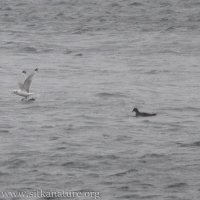 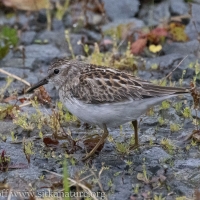 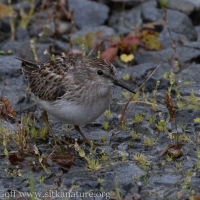