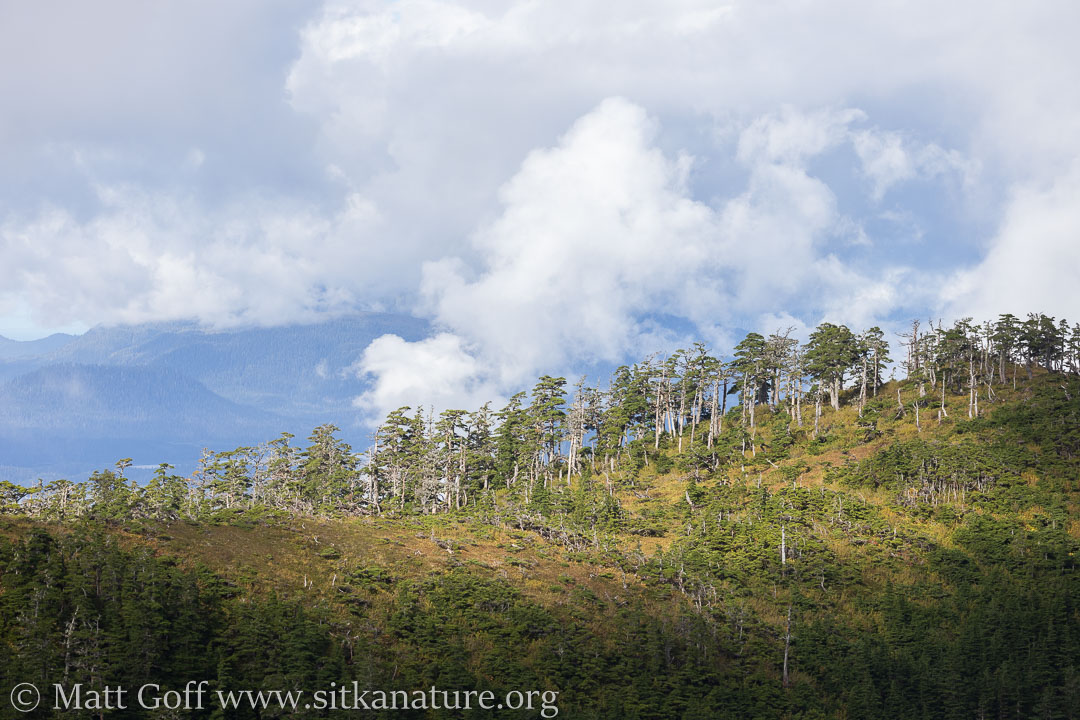 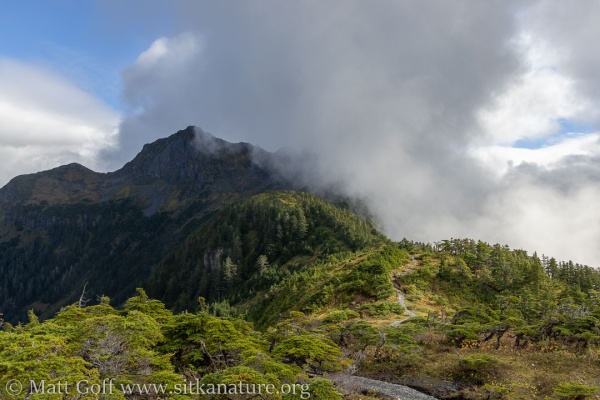 Mostly cloudy with more breaks in the morning and late in the day.

The last forecast I looked at yesterday did not leave me thinking the weather would be very cooperative for my purposes today, especially relative to yesterday. The forecast called for cloudy skies and scattered showers. Yesterday that meant heavy overcast and a fair amount of rain.

As it turned out, when I woke up this morning there were patches of blue sky and some sun shining through. Low clouds still skirted some of the mountains, but the tops were clear.

By midmorning I decided to head to the golf course for a look on the off chance the Mourning Dove seen yesterday might be there. From there I planned to make a decision on whether to go up Harbor Mountain.

I’ve been hoping for high enough clouds, or even a clear day to retake photos of some Mount Bassie and other peaks with permanent(ish) snow and ice that are visible from the summit of Gavan Hill. Gavan summit is not the most convenient place, but it’s where I happened to take pictures from on a fall day in 2004, so I’m kind of stuck with it if I want to continue my longest series of photos.

So far September has not cooperated, and the forecast isn’t promising for at least the next week. 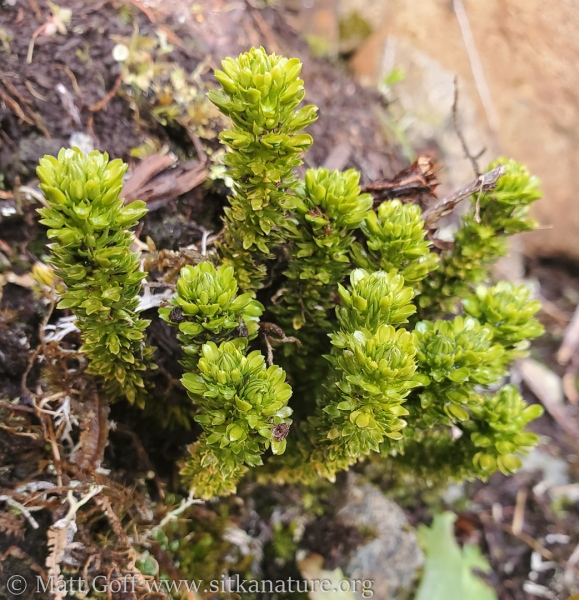 I ultimately decided to head up Harbor Mountain and walk the trail at least as far as the talus field. There I could make observations of plants and a lichen that I still hadn’t made observations of this year, and then make a further decision based on the clouds. 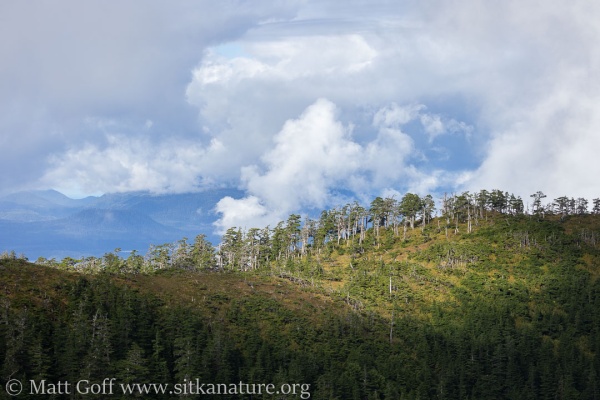 I did see some sun, and if I were feeling more serious about photographing nice light, I might have taken more time to watch the interplay of clouds and sunlight. 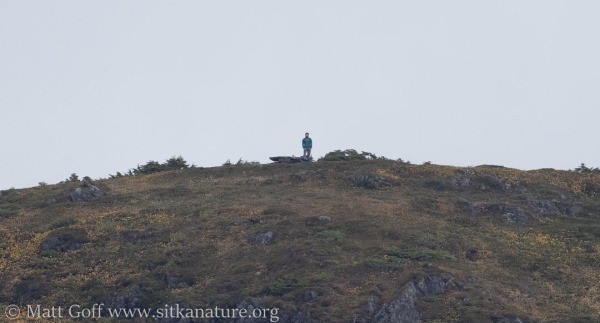 By the time I made it to the talus field, the clouds had shifted, but it did not appear they were diminishing, so I started back.

I made good time getting back – maybe only 30 minutes from the talus field. Given the lack of hiking in recent weeks, I anticipated being in poor condition, but I guess I’m still doing okay (at least for the relatively mellow hills on Harbor Mountain trail, though they often make me huff and puff when I go up the trail early in the summer after a winter of no hiking). 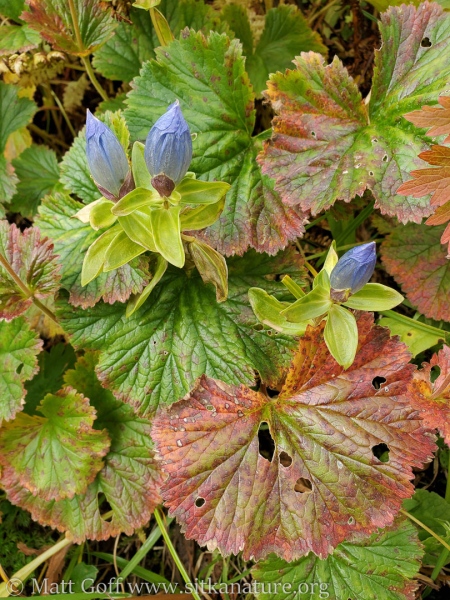 Although I didn’t get the of mountain views I hoped for, it was nice to take in some bits of fall color along the trail.

Birds were more scarce that I might have expected. I tried to keep an eye out for migrating raptors, but didn’t see any. I only noticed a handful of song birds. If there were more, they stayed in the thickets and were not making much noise.

On the other hand there were many people I crossed paths with. All total I think ~35 or so. 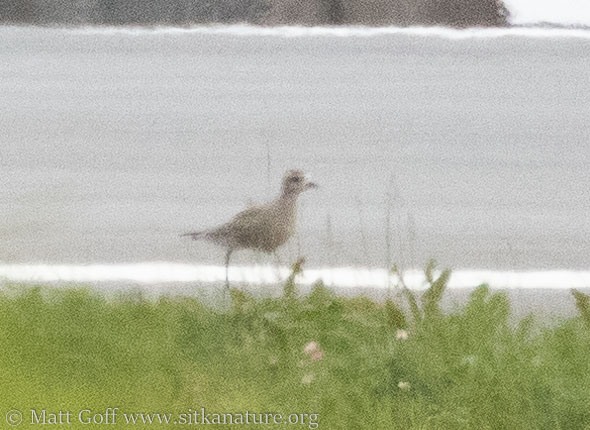 I made it down in time to get something to eat at the Beak. I was still there visiting with someone when I got a message from DK about larger plovers at the airport. 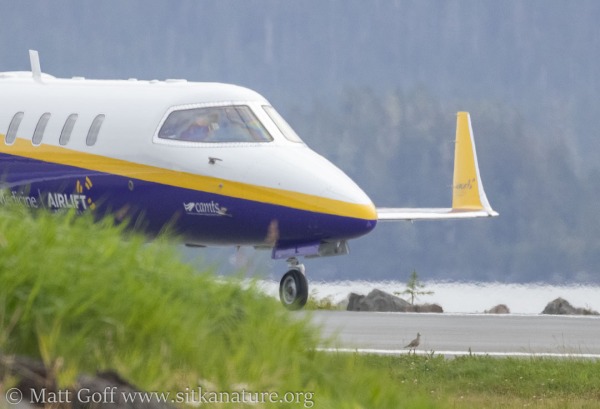 I went and took a look, but they were far away, and then disappeared into the grass when a plane landed. I got pictures that are sufficient for telling it’s a plover, but not much more. 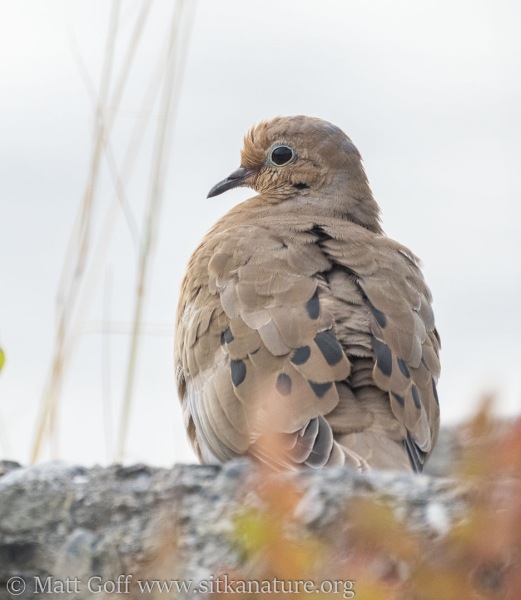 Next stop was Oceanside Trailer Court where a Mourning Dove had been spending time the past couple of days. As I arrived it flew up, flushed by the approach of my vehicle. I hadn’t realized it was tucked down in a bush right by the road. It landed where I could see it, and I was able to get a quick photo (#165).

While there I chatted briefly with E. Parker, who said he and C. had seen the Gray Catbird again today. It had been several days since anyone had reported it (though I don’t know if anyone has spent much time looking), so it was good to know it is still around.

I ended with one more visit to the airport. No sign of the plovers. I did notice what might be powdery mildew on plantain (Plantago major). I’ve been looking for it this year, so far without success. It was just a couple of small fuzzy white dots, so I’ll continue to keep an eye on it to see if there is further development. 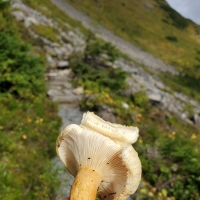 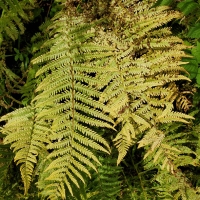 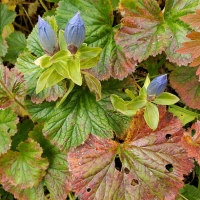 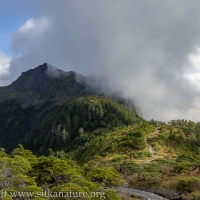 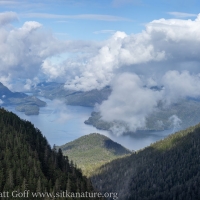 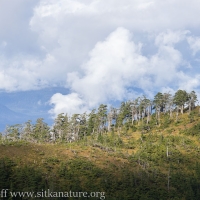 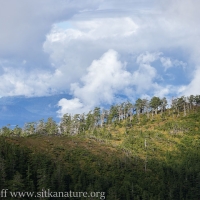 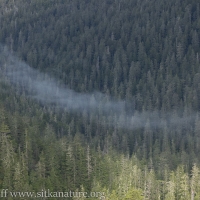 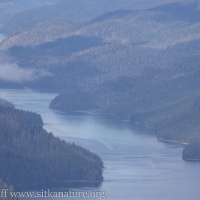 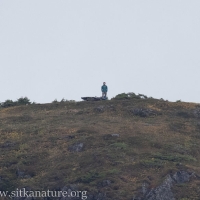 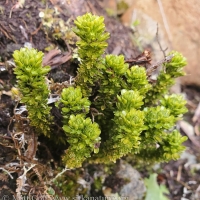 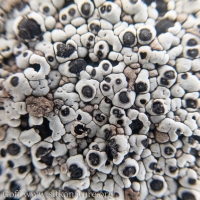 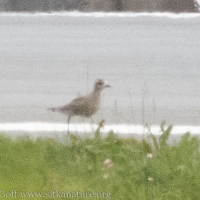 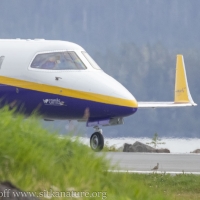 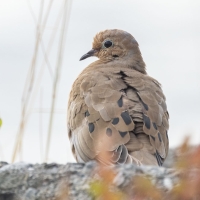