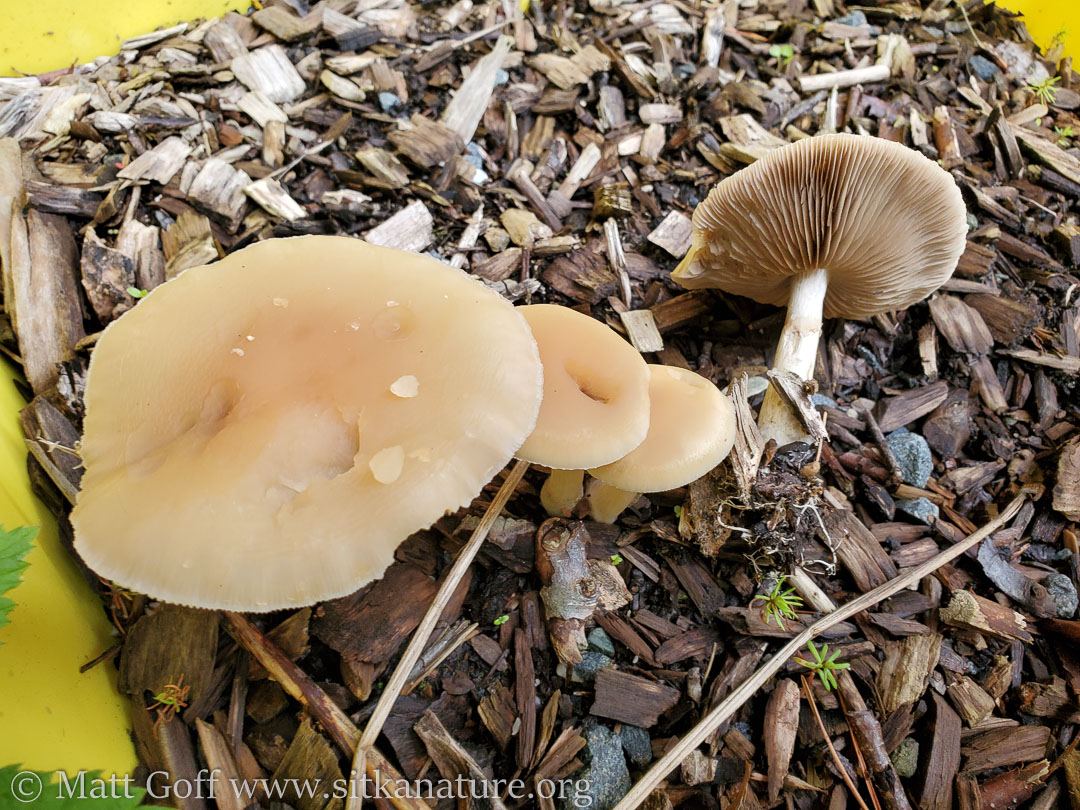 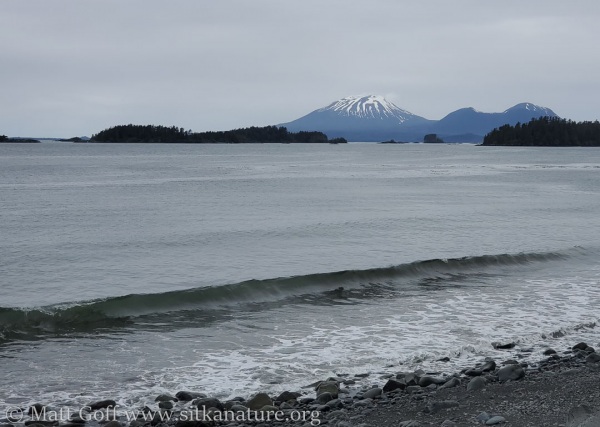 Not much time outside, but I did get out for a drive and checked for moths at the park.

I was struck by how much ground was exposed on the top of Mt. Edgecumbe. In hindsight, I realize it’s probably been at least several days (and maybe longer) since I had a good look at the mountain. Between low clouds, and not much time out in places with a view of the mountain, I just didn’t see it, so the change felt sudden. 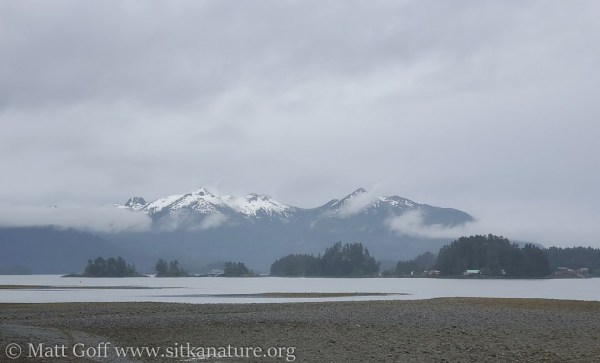 In contrast, looking at the Pyramids, my feeling was there’s a lot of snow left up there. I’m guessing there will be a patch of snow that lingers well into July, and perhaps into August. (A while back I started trying to track when the last snow melts off from there. The latest was 2012, when there was still some snow into September.) 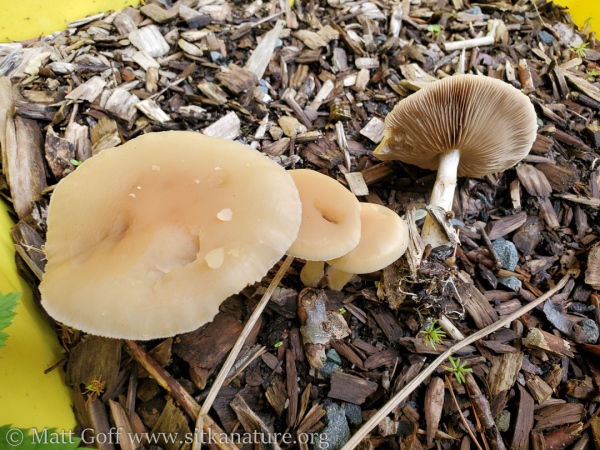 A mini-troop of good-sized mushrooms has emerged in a bin of woodchips that have been sitting near my house partially protected from rain for the past couple of years. 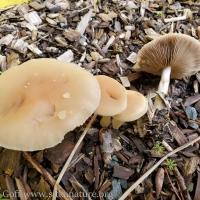 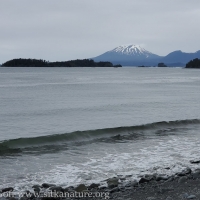 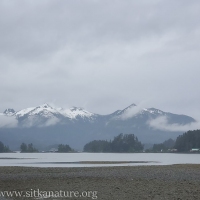 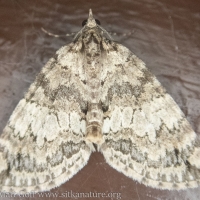 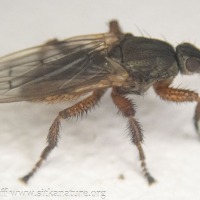 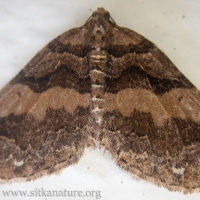