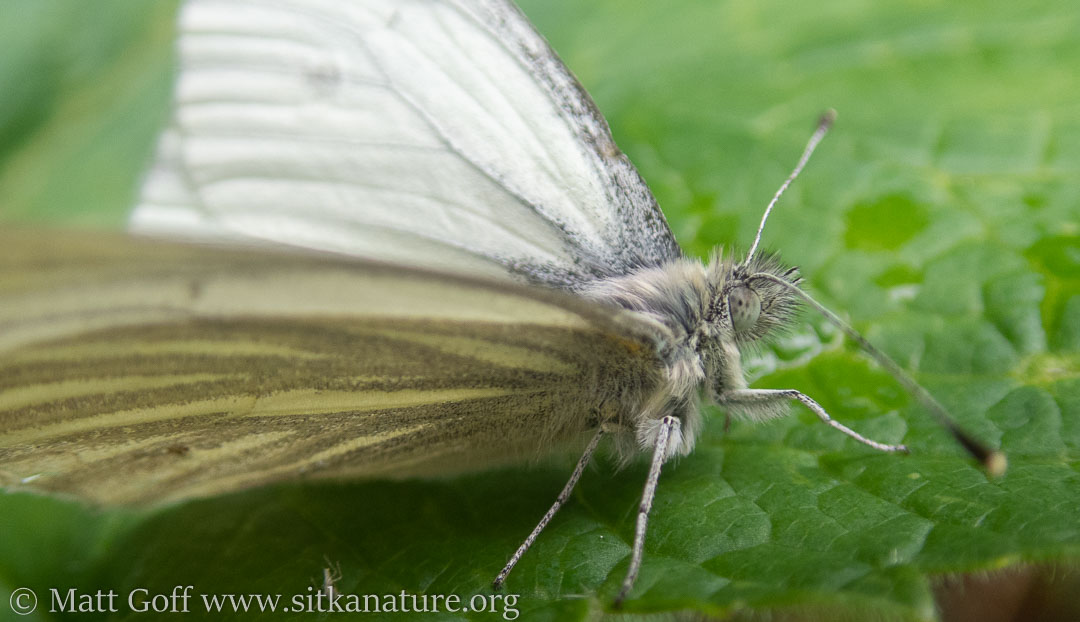 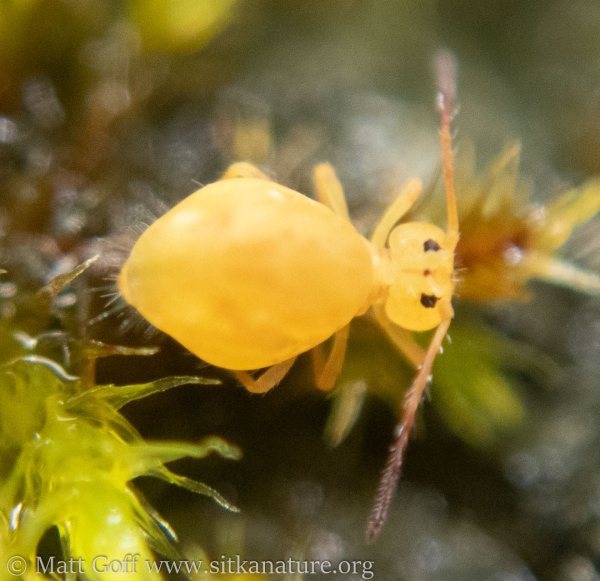 Partly to mostly cloudy, with a fair amount of sun over town, but clouds hanging over the mountains much of the day.

I spent a chunk of my morning reviewing a conversation I recorded recently with Richard Carstensen. I’m featuring about half of it on my radio show tomorrow, and decided to take care of preliminary editing at home (instead of at the radio station).

I’ve been meaning to get out to Starrigavan to revisit some Stellaria leaf miners that I originally noticed in late May/early June 2017. I probably should have gone a bit earlier, but with all the rain and feeling spring has been running a bit late, today was the day.

I did find a couple of leaf mines, though I’m not sure if they’re the same kind as before. It appeared the larvae had already pupated.

I used my magnifying visors, and that helped me notice a few other small things including a couple of springtails, and a very small snail.

This area is where I had previously observed what I’m assuming is a mountain bike trail. It looks pretty intense to me, and it’s hard to imagine people could successfully ride it. Mainly it’s due to the drops and/or jumps that seem to be on turns. It’s clear someone went to a lot of trouble to build parts of it, and it appeared there was even some recent work done to trim some alders and build up a bit of the trail with rock.

Walking back I heard an aerial predator alarm call going. I made a couple of recordings, but didn’t spot anything that seemed like it might be the trigger for the alarm. Not all that far away (within easy hearing distance), I heard a Wilson’s Warbler and a Pacific-slope Flycatcher singing at least a couple of times while the alarm was going. 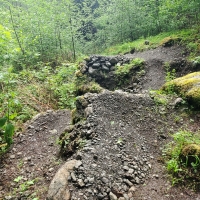 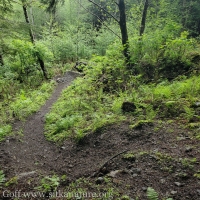 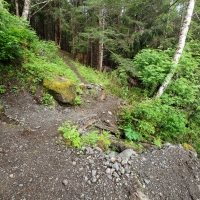 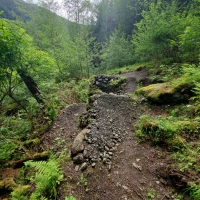 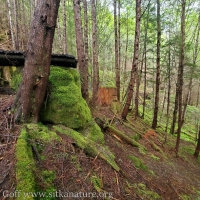 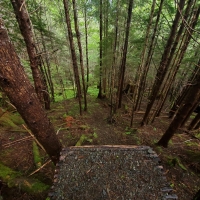 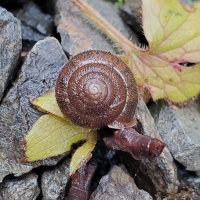 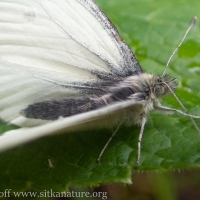 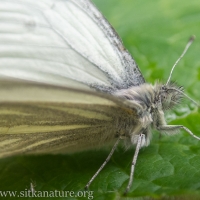 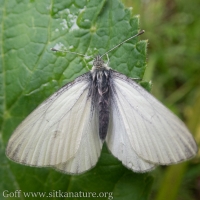 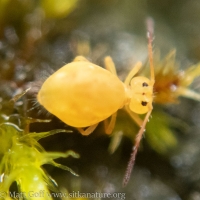 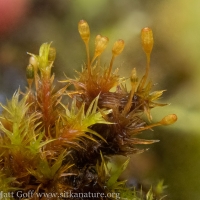